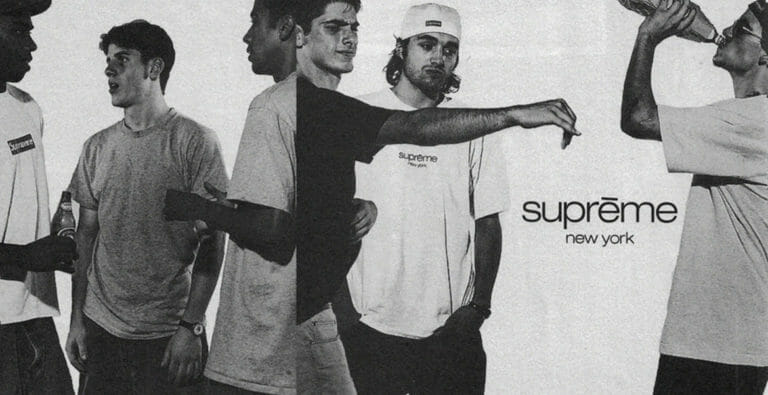 It’s undeniable that Supreme is one of the biggest brands in the world, but the story behind its early days are a little hazy to a lot of people. James Jebbia set up a brand that in the beginning had no idea of its future popularity. In the early days it was (and still is) skate heavy and even had its own skate team. Here we pick apart the OG skate team and tell you about its members.

Some go as far as saying that the popularity and influence of the skate team had more of an impact on driving Supreme as a brand in the nineties than even its clothes. The original skate team consisted of six key members who were Ryan Hickey, Justin Pierce, Peter Bici, Gio Estevez, Chris Keeffe and Mike Hernandes. They bonded over a love of music, notably Wu-Tang Clan, A Tribe Called Quest, De La Soul, Diamond D, Nas, Fat Joe, Biggie Smalls and Gang Starr, who were all prominent on the scene at the time. They were friends before they became part of the Supreme skate team and so the bond was natural. They became some of the best 90s skateboarders out there.

In 2015 Peter Bici explained that “if we saw a skateboarder we would automatically gravitate toward each other. I remember years ago if I saw someone in the street skateboarding my way I’d go right towards them, boom, we stopped right in front of each other. Now that’s unheard of.” 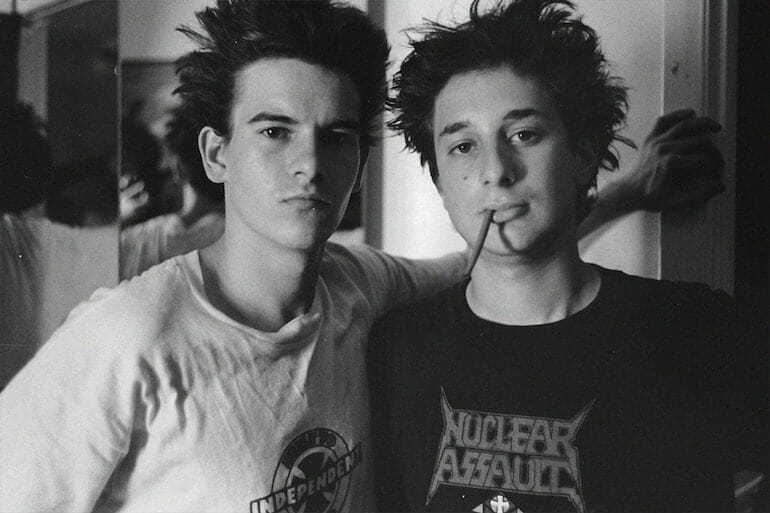 The skate team was out there representing Supreme – they were decked out in it all the time. In 1995 Alleged Films International helped Supreme create a video which focused on skating and the skate team.  The video was called “A Love Supreme” and followed a similar aesthetic to the famous producer Spike Jonze’s 1991 skate film for Blind Skateboards. The film featured original skate footage while focusing on New York City.

Below we introduce to you the original skate team who heavily influenced not only Supreme and James Jebbia, but also future customers and Supreme fans. In 1995 Larry Clark’s popular film KIDS essentially focused on aspects of the Supreme skate team, notably Peter Bici and Mike Hernandes, so these may be names you have come across, especially if you are already a Supreme fan.

Ryan Hickey was a forerunner in ensuring that New York City was we’ll-represented when it came to skaters, notably at a time when all eyes seemed to be on the California skate scene around Venice Beach. Hickey was originally part of the original Zoo York skate team which included fellow skaters Robbie Gangemi, Jeff Pang, Harold Hunter, Chris Keeffe, Loki and Hamilton Harris. Zoo York was founded in 1993 and had one of the most prominent skate teams of the time. 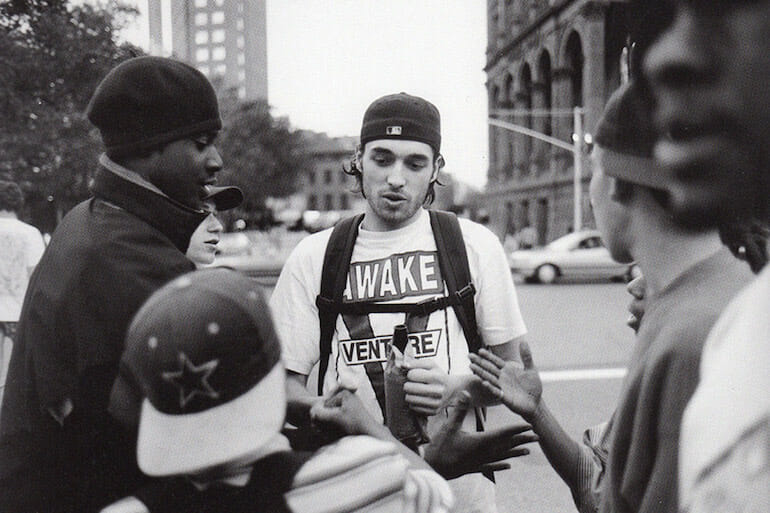 All wasn’t rosy for him at Zoo York though and in an interview with Highsnobiety he explained that there were periods when it was really bad. “I actually rode for another company, 777, while I rode for Zoo back then just so I could have boards,” he said. “That’s how bad it was… and those boards