Nike Air Jordan 4 ‘Military Blue’ – All you Need to Know 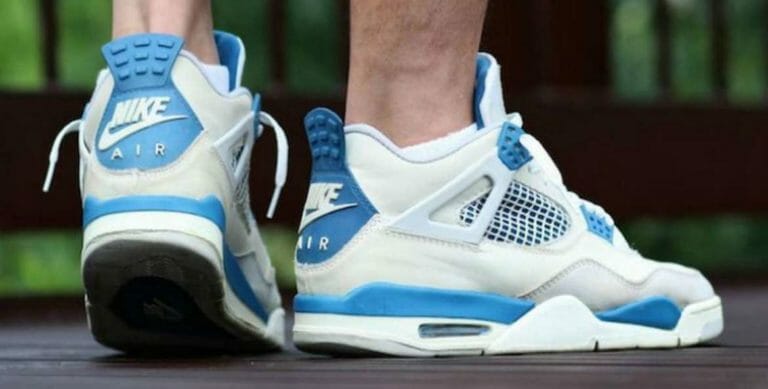 A classic with a range of re-releases under its belt, this years hotly anticipated release, the Nike Air Jordan 4 in a Military Blue, is ready for a come back.

It’s a classic colour way that’s been unanimously loved by Air Jordan fans, with the clean military blue and crisp white creating a solid, 90s vibe that surprisingly versatile. It’s had a few re-releases since its original 1989 one, and fans are eagerly anticipating the 2016 autumn release, with the colour way being one of the most popular in the Air Jordan style.

With the retro 4 Military Blue styles paying homage to the iconic trainer, every sneaker head is ready for a new version to keep things fresh.  With legends like Kenny Anderson donning the original design and showcasing its trademark features, the Military blues have gone down in history as a hardwearing, stylish and beautifully textured.

With its statement mesh segments, subtle showcasing of the classic air max feature, and striking blue and white colour way, the model combines chunky, sports style vibes with a clean, streamlined finish. White laces contrast against the textured mesh, and the Air Jordan logo is displayed proudly on the tongue grey lining streaks along the tip of the toe, creating a fluid shape that’s complemented with grey and blue rubber cuts out.

At first the Jordan 4 Military Blue seems like a simple design with the use of three colours, but the added detailing, air pocket view and careful contrasts help bring the piece together, ensuring a textured, almost zigsaw like appearance. Combining the Air Jordan 4 features of plastic wings, lightweight netting and Visible air max, with the cool tone colouring has made this colour way one of the most successful styles around. 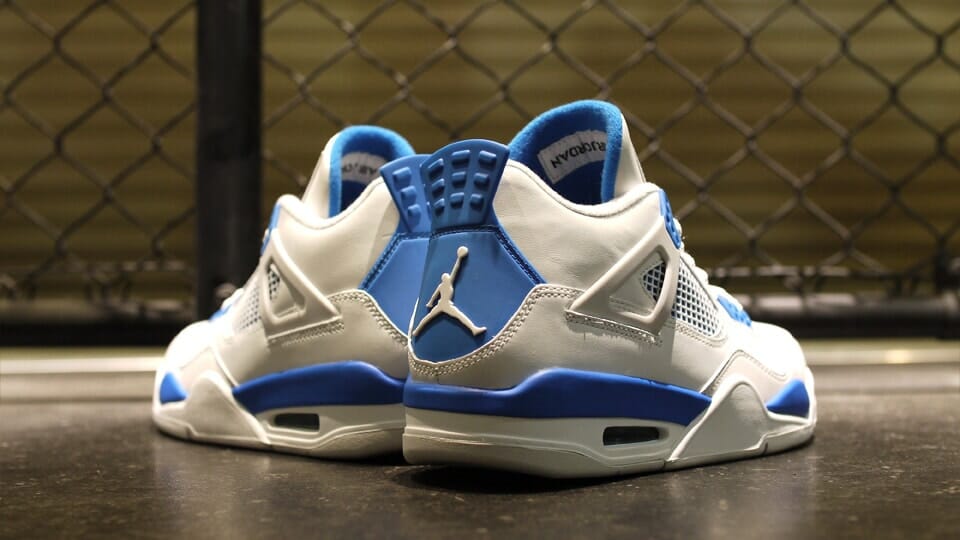 The original Air Jordan 4 Military was designed by American designer Tinker Hatfield in the summer of 1989. It was gifted to basketball player Kenny Anderson, and displayed alongside the Nike Air Flight 8 and the Nike Air Bound. Its cool tone colouring and intricate design helped make it a hit in at the time, but it wasn’t until 2000 that there were some retro releases, with the 2006 and 2012 releases.

The style remained the same, with loyalty towards the original style clear in the releases. The wings, statement triangle cut out and clean mesh inserts carried on from the 80s release, and even the laces were left unchanged. The 2006 design wasn’t as successful as Nike expected, with many of the shoes remaining on the shelf for some time after the release date, however the 2012 design faired better, despite the increase in price.