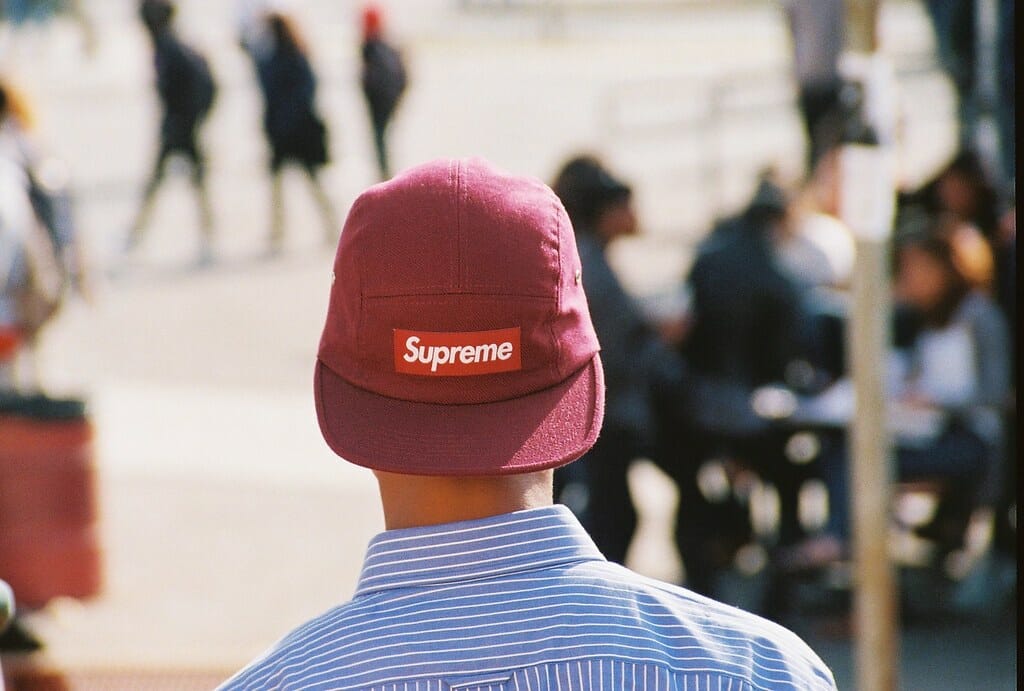 Supreme 5 panels are released every week, and they’re some of the most collectible items that Supreme produces. Some are extremely rare and demand huge sums of money on the resell market, and we’ve listed our favourites right here in an easy-to-read list.

Back in 2012 or so, Supreme 5 panels were by far the most desirable item that the brand released. Skaters went crazy, and Nike ended up with competition. Supreme fans had huge collections and would always be eager to get their hands on the latest caps. Those days have surpassed us now – as we all know fashion changes, and 5 panels aren’t too on trend right now. However this hasn’t stopped Supreme producing them, and they still release multiple styles of 5-panel caps (or camp caps as they’re sometimes referred to) weekly. The cap was shot to even more popularity in 2011 when Tyler, the Creator wore a Supreme 5 panel in the music video for his smash hit “Yonkers”.

We’ve rounded up our favourite Supreme 5 panels from over the years, and it wasn’t an easy task as there have been hundreds, Are you looking for some great accessories and good promotions? Read on to find out whether or not you agree with our choices.

The 2012 season saw Supreme release multiple items featuring this tree camo print, and it went down as an absolute treat. As well as the three camp caps picture (olive, orange and white), Supreme released backpacks, waist bags and duffle bags featuring the same print. As well as all of these, the brand released the notorious field pullover in both olive and orange, which was famously worn by none other than Kanye West.

Many of the patterns featured on Supreme camp caps are taken from successful garments that have featured the same pattern. For example, the chainlink design showcased here was used on sweaters and T-shirts previously and was a huge success. Three variations of the chainlink camp cap released, a black, burgundy, and navy edition. They were a huge success and are still desirable today.

Camo patterns make constant appearances throughout all of Supreme’s seasons, especially when it comes to camp caps. However in 2013, the brand decided to give the classic camo a new twist – using velvet. Two colourways of luxury “fat patch” (meaning the Supreme patch on the front of the cap is bulkier and more protruding), caps were released – one in grey/black/red, and another in grey/brown/blue. They were both deep colourways which from a distance could even be mistaken for black.

makes our list, and this time it comes in the form of the Supreme “Hate” camp cap. Once again, it owes the pattern to a previous release, the “hate” sweater, that launched prior in the season. Three colourways were released – pink on black, white on blue and pink on white. They were extremely popular at the time of launch, and then grew in value after the drop due to the later popularity of the hate sweaters. They still pop up on the resell market every now and again.

This release showcases an interesting and intricate piece of artwork. The artwork depicts, as the name implies, dogs and ducks. Two colourways were released – a navy version and a tan version – the latter of which featured a classic red box logo. Supreme also released chore coats featuring the same artwork, so if you’re that way inclined then you can get your matching game on. These were quite limited upon release, so tracking one down in good condition now could potentially prove to be a bit of a struggle. If you’re a fan of cool fabrics and Supreme hats, this is the one.

Some older releases, for example this Alpine camp cap from 2009, are actually quite difficult to find decent images of. This camp cap featured nautical looking artwork and released in a total of five colourways. White, red, navy blue, black, and mint green were all available options upon release. When you start delving this far into the camp cap archive is when it gets more difficult to track down the individual camps. If you wanted to get your hands on one of these today, it could take months of waiting for one to pop up somewhere on the market.

Now this release definitely caught our eye. Instead of using the classic Supreme box-logo, that’s featured on 99% of their camp caps, the brand decided to use another one of their well recognised logo’s here. The logo in question is the classic logo, one that is just as loved by fans as the box-logo. The classic logo was embroidered onto grey fleece caps and presented with four different colour options on the bill. We can only imagine that these are pretty hard to track down today as we’ve never seen one for sale.

Here we have one of the most loved (and most faked…) Supreme camp caps of all time. The donegal wool just works perfectly here. These caps are easily matched with any outfit and the clean suede visor finishes the look off perfectly. Four colourway options were made available – purple, red, green, and blue. The red was of course by far the most desirable of the four, and is still highly sought after in this day and age. These pop up fairly often across various online marketplaces but make sure you get the cap legit checked by a reputable source, as there are a lot of fakes of these flying around. Beanies such as this one are popular in the United States, wish to give them a go?

We hope we’ve covered some of your favourites in this list – we know ours are there. Whether camp caps are in fashion or not, they’ll always be a staple part of Supreme’s seasons, and if you’re a real collector you’ll no doubt have one, if not many 5 panels in your collection. A cap is a finishing piece to many outfits, so make sure you’ve got your supply well stocked. If you’re new to Supreme, we hope this article has pointed you in the right direction to pick up your first of many camp caps.