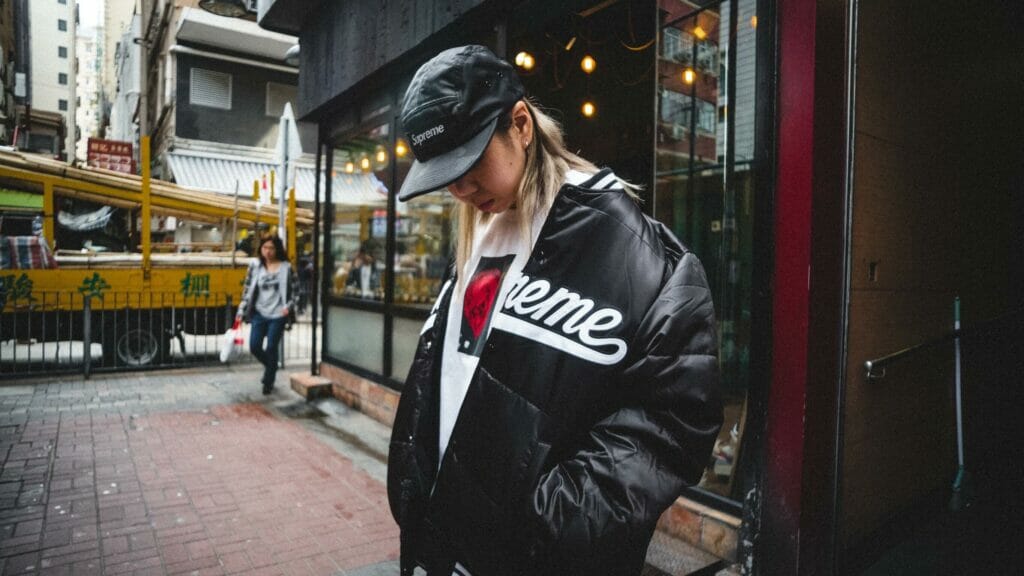 No outfit can be complete without the addition of a great jacket, and Supreme have produced a vast amount of outerwear over the years. We’ve rounded up the greatest coats and jackets that the brand have released over the years, and put them in an easy to read list.

From their iconic collaborations with The North Face (which we’ve left out of this list), to totally unbranded, premium quality down-jackets, Supreme have tried their hand at everything. It’s safe to say that they’ve pretty much mastered creating great jackets, and narrowing down our choices to a select few certainly wasn’t easy. Despite this, we’ve tried our very best and gone forward with creating this list, so if you’re simply browsing out of interest, or planning to buy a Supreme jacket, you should find everything you need and more here.

Rewind back to September 2013, and Supreme had just announced their collaboration with the world renowned artist Jean-Michel Basquiat. The late and great artist was known for his work depicting important social issues such as the class hierarchy, segregation and inner versus outer experiences. His work was consistently abstract and often featured simple graphics accompanied by text. One of the pieces that released as part of this collaboration was a classic M-65 parka. The jacket design itself is classic and has been used by the U.S. military since the 1960’s, and Supreme have their own personal take on the model. This rendition featured one of Basquiat’s classic artworks, featuring legendary boxer Cassius Clay (Mohamed Ali).

Puffer jackets are a wardrobe staple for the winter months – they’re an undisputed classic that serve their purpose perfectly well. As part of their Fall/Winter 2016 collection, the brand released four colourways of the “Logo Tape Puffy Jacket”. Red, black, blue and white were all options. The jackets featured horizontal tape branding, featuring the brands iconic logo in miniature form spanning the length of the tape. The jackets all sold out instantly as they were perfect for the season, and now resell for above retail price, as a lot of Supreme does.

If you don’t own a satin bomber jacket, you may want to up your game and consider adding one to your outerwear rotation. They’re a solid choice when pulled off correctly, especially one as nice as this Supreme version. The design features two large roses on each breast and green detailing throughout. It’s very similar to souvenir style jackets that were massively on trend at one point in time. Both a black and a white colourway released, and these are still very highly desired Supreme jackets, reselling for almost double retail on certain websites.

When it comes to the winter, a waterproof jacket is also an essential item. Supreme have produced many over the years, however one of the best has to be this “Hi-Vis Taped Seams Jacket” from its Fall/Winter 2014 collection. The jacket released in three different colourways, black, orange, and navy blue. It features a totally waterproof and windproof outer, made even stronger by the taped seams technology. This jacket was also famously worn by UK grime star Skepta, giving it a pretty iconic status.

Over the years, Supreme have teamed up with gentleman’s magazine Playboy several times. One of the best collections that the pair have unveiled was part of the brand’s Fall/Winter 2015 collection. As well as the now iconic all-over print matching tracksuits, a luxury heavyweight leather down jacket was also launched. It’s an extremely warm and heavy duty jacket, ideal for the colder days. It released in three different colourways – brown, black and red. A detachable fur lined hood was also included, which really rounded off the look of the piece in our opinion. It’s a known fact that Supreme’s leather down jackets are of majorly high quality, and therefore this is reflected in the retail price. These don’t go for a huge amount above retail, as they’re expensive items anyway.

Sometimes a classic leather jacket just can’t be beaten, and Supreme certainly know how to create a good one. From its collaborations with legendary NYC brand Schott, to their own work, it’s put out some absolute bangers. As part of their recent Spring/Summer 2017 collection, the brand put out this leather varsity jacket. It featured the brand’s “Uptown” logo emblazoned across the chest, adorned with glistening studs. Other features including detailing on the cuffs and waistband, and an American flag on the sleeve made this jacket an instant classic. Three colourways in total were released – red, yellow and a black version. They were all huge hits and sold out almost instantly.

Here’s one for the fans of big obnoxious logos, and of course the classic box-logo. As part of their Spring/Summer 2014 collection, the brand released this lightweight jacket in three vibrant colourways. They each feature colour blocking and a large box-logo across the chest, and were one of the most hyped pieces of the season. The jackets sold out instantly and remain hard to track down for anywhere close to retail price, as they now demand way above this, and don’t show any sign of depreciating in value anytime soon.

Without a doubt, this jacket is one of the most iconic pieces that Supreme have released this year. It features huge Supreme branding across the arms and shoulders of the jacket, and is undeniably “Gangster” looking, being a complete faux fur jacket. Upon its release, Instagram was flooded with photos of streetwear kids and influencers alike rocking the jacket to the best of their ability. These are now extremely hard to track down, as they only released in limited quantities anyway and many of the original bunch were purchased by resellers. They pop up now and again on various Facebook marketplaces and resell sites, but you definitely won’t find one cheap.

When it comes to musical collaborations, Supreme’s team effort with Public Enemy is up there with the best of the bunch. One of the standout pieces from this collection was a warm puffer style pullover jacket. It was essentially a puffer jacket without the zipper down the middle – instead replaced with poppers running halfway down the jacket. Three variations launched – a yellow colourway, black version and a red edition. They all featured Public Enemy’s iconic crosshairs logo on the rear and “Supreme” printed in block capitals across the pocket on the front of the jacket.

We finish off our list with, in our opinion, the best outerwear item that Supreme has ever created. It’s another high quality leather down jacket, this time coming in a “Gucci” edition. Although it’s not an official collaboration, this jacket showcases the green, black, and red colour scheme that the famed Italian brand are known for. It’s one of the most high quality jackets ever created by the brand, and has been worn by many high profile people over the years, with stars such as Rihanna and Mark Ronson both being spotted rocking this.

It’s easy to see just from this list that Supreme have produced some awesome outerwear over the years, and even though a lot of hype surround their collaborative The North Face jackets, they also produce some classics without any help at all. Hopefully you agree with our choices, and if you’re looking to pick one of these jackets up, maybe you’ll find one sooner rather than later.