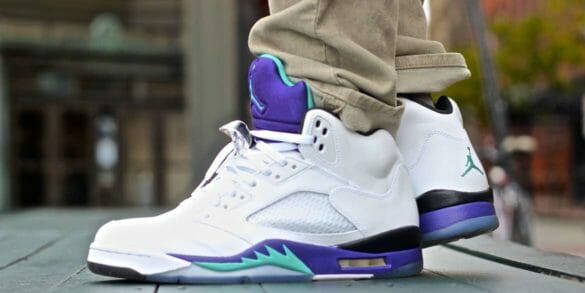 The 90s classic that made a necessary resurgence – we’re going over the colourful feast of the Air Jordan 5 White Grape.

Nike Grape 5s are some of the most sought out Jordan shoes, with three two re-releases already under their belt since their 90s origin. Worn by everyone from Michael Jordan (although not on the court) to Will Smith in The Fresh Prince of Bel-Air these trainers are the kind of iconic shoes that people don’t just love for their looks, but for their nostalgia as well. History is a big part of trainer culture after all. The look is classic 90s as well, with the zigzag splash of aqua blue and a deeper shade creating a vibrant, bold finish.

The Air Jordan 5 in Grape was first released in 1990, with Nike embracing the bold colouring of the time, and going for a striking white upper, complemented with punchy additions of aqua and blue accents. The textured leather, mesh inserts and bright tongue created a dimensional, balanced trainer, with the cool white upper helping to keep the overall look clean and not too eye watering, but with the blue ensuring a noticable hint of colour.

The breathable mesh sides and added heel support ensured that the shoes were comfortable and appropriate for a variety of weather conditions, keeping your feet supported while at a balanced temperature. The lace lock also made sure the shoe stayed tight around the ankle, providing quality support to the wearer.

The initial success was mixed, and despite celebrity endorsements the colourful kicks were often sold at a discounted price due to the lacklustre reception. As time went on though the appeal for the trainers grew, and the Jordan Grapes became a sought after piece, many of them selling for larger than life prices online. 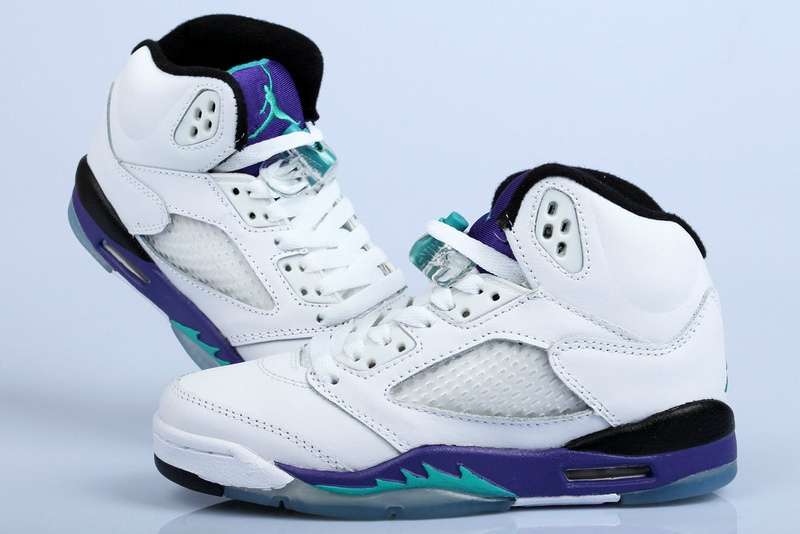 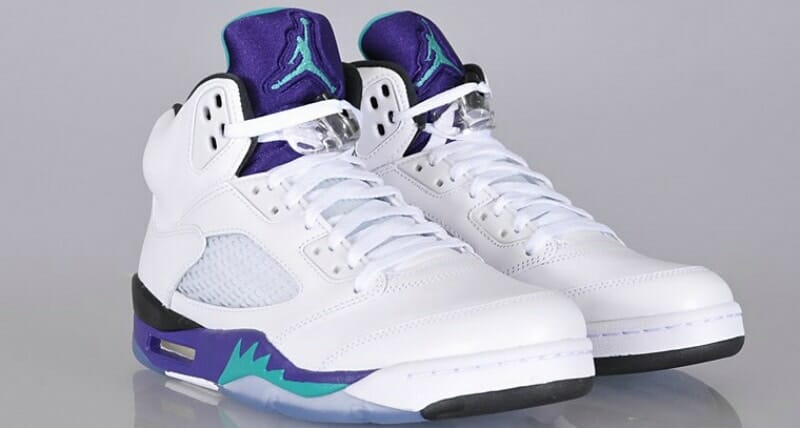 With the admittedly late popularity of the 90s Grapes, it wasn’t a surprise that Nike released a few retro versions of the iconic trainer, and these quickly sold out by hungry fans. There’s always a possibility of a upcoming release, but so far these are the re-releases to have hit the stores.

2006 saw the release of the retro version of the Nike Air Jordan 5 Grape, with the features and colour way remaining untouched from the original, and fans going wild for a chance to grab a bit of 90s nostalgia. 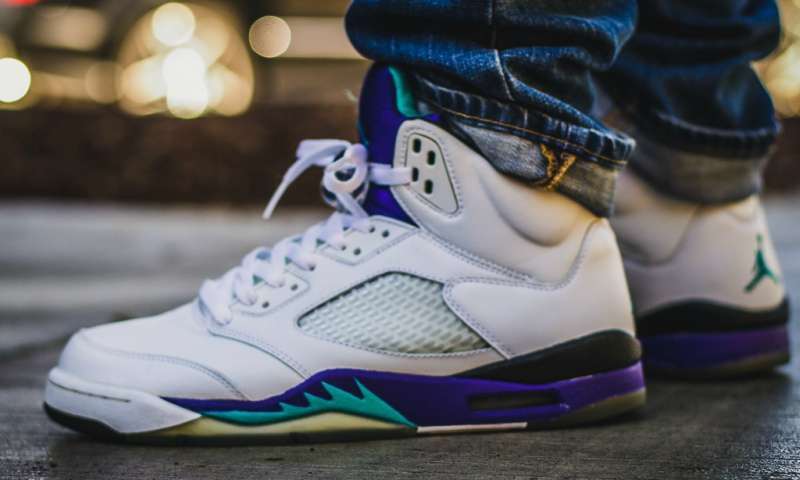 With some of the hardwearing fans having already broken in their 2006 pair it was time for a re-release. The 2013 trainers were available in all sizes, right now to infant, so the firm fans were able to match their shoes with their kids (if they really felt the need to), again bringing 90s nostalgia into the forefront of sneaker culture. 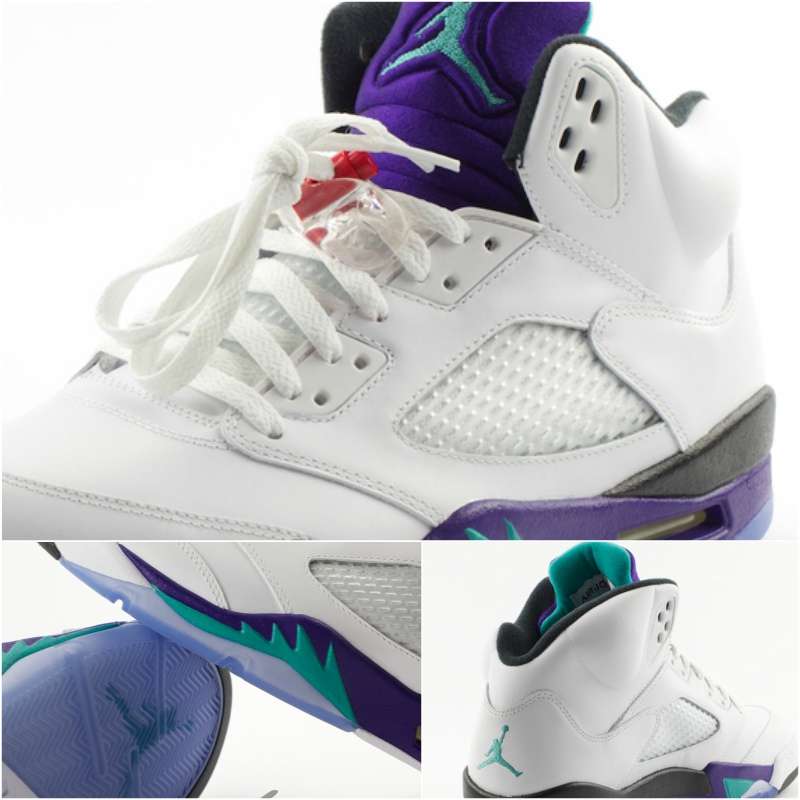