8 Reasons Why adidas Is Better than Nike 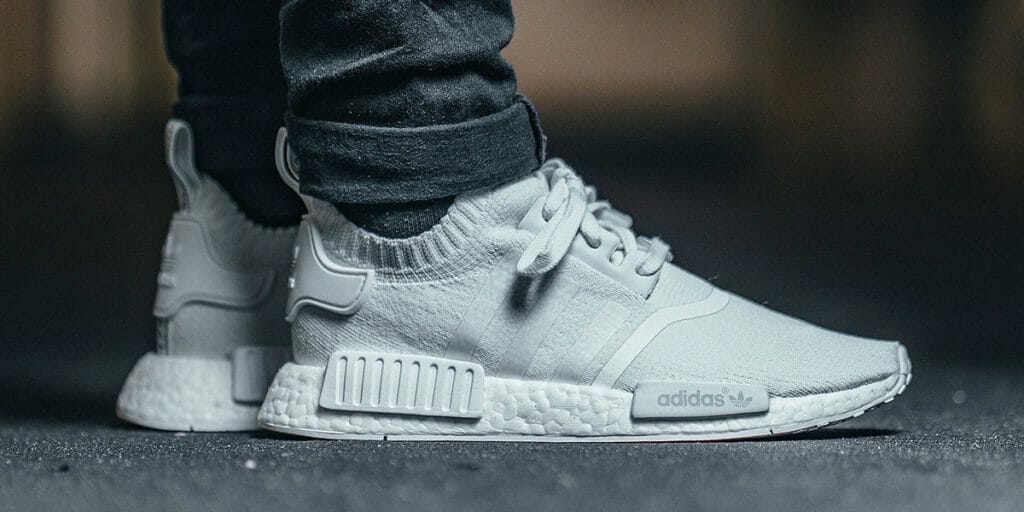 It’s the debate that’s been going on for years, Adidas or Nike? Where do you stand? They’re the two biggest sportswear and sneaker manufacturers on the planet, and the question is always are you team Nike or team Adidas? Well, we’re making the judgment for ourselves right here.

Although it isn’t as intense as it was a few years back, the Adidas vs. Nike debate is still very much alive and kicking. We’ve taken a long and hard look at both brands and weighed up the pros and cons of both. In this article, we’re going to talk you through the reasons why Adidas is better than Nike, however, keep your eyes peeled for an article in the near future that will highlight Nike’s strong points also. Want to know what is a cool factor, along with a deciding factor? Keep on reading to get your answers down below.

8 Reasons Why adidas Is Better than Nike

When it comes to advanced sneaker technology, there’s no doubt that Adidas has the upper hand. Their notorious Boost technology is used in many of their popular silhouettes, such as the Ultra Boost, Pure Boost, NMD, and the ever-popular Yeezy Boost series. It’s one of the most comfortable sole materials on the market right now, and easily outperforms Nike’s Air Max technology. If you have any doubt regarding this, go and try a pair of Ultra Boosts at your nearest sneaker store and see what you think – we can guarantee you won’t be disappointed.

The three stripes are one of the most iconic logos in the world. Whether they adorn a pair of tracksuit bottoms, the side of a pair of sneakers, or even a cap, they make the product instantly recognisable as Adidas. Although Nike has their Swoosh logo, it’s not as big or as bold as the three stripes, so when it comes to branding we honestly think that Adidas has the upper hand here. The logo has stood the test of time and has barely changed throughout Adida’s entire life span. In the end, almost everyone loves their apparel.

Ever since their first hit single, Run DMC has been renowned for rocking the brand with the three stripes. Superstars, Stan Smiths, and vintage shell-suits, you named it – they’ve rocked it. The hip-hop group was heavily responsible for a huge boom in Adidas sales during the 80s. At their peak, they even released a hit single titled “My Adidas”, which landed the group an endorsement deal with the brand, so they no longer had to pay to show their dedication to the legendary German brand.

Adolf “Adi” Dassler founded Adidas alongside his older brother Rudolf Dassler in 1924. Eventually, tensions between the two brothers began to rise, and the inevitable eventually happened – the pair fell out and Rudolf left the company. He later went on to found another of the world’s greatest footwear brands – Puma. Adolf however, stayed with Adidas and set down the groundwork that helped make the brand the driving force it is today. Quite literally, without Adi and his hard work, there would be no Adidas.

The NMD silhouette launched in late 2015, and it’s one of the best products that the brand has put out in a long time. It received unparalleled attention from sneaker fans, and excellent colourways continue to release even now. The silhouette has been the subject of many highly coveted collaborations, including those with A Bathing Ape and also Neighbourhood. The OG colourway is still very desirable, although it doesn’t resell for as much as it originally did, due to a re-release in early 2017.

Both Adidas and Nike have their own versions of knitted technology, with Adidas titled Primeknit and Nike’s titled Flyknit. However, having tried both, we can’t help but feel that the Adidas edition has the one up here. It just has that little bit extra flexibility and comfort than Nike’s version. Many legendary silhouettes have involved the use of Primeknit since it was first introduced, including the NMD, Ultra Boost, and many more. You will enjoy all of their items by first touch, that’s for sure.

It’s a well-known fact that Adidas has the greatest archive models in the game. Although Nike has the Air Force 1 and Air Max 1, they simply don’t have the same iconic status as the Adidas Gazelle, Samba, and Superstar. They’re all timeless silhouettes that can be instantly recognised by even those unfamiliar with sneakers. They still sell as well as they did upon their initial launch now and look set to remain classics throughout the foreseeable future. These will suit every guy craving a classical pair.

Of course, Adidas’ strongest selling point currently is having none other than Mr. Kanye West on board with them. Their Yeezy Boost series has been arguably their most popular product line in the past five years. The Yeezy 350 Boost is without a doubt one of the most popular sneakers of all time, for the initial releases, the hype was unrivaled. The line has continued to be hugely successful and doesn’t show any signs of slowing down anytime soon. The latest Yeezy release, the Wave Runner 700 was also a great success, and there are rumours that a restock of the OG colourway and new colourways will be on the way soon.

1. Why Is Adidas So Popular?

Adidas has been around for a while now. It is hard to say how or why it got so much popularity in recent years, but we do know where it all began. Did you know that Jesse Owens, an American athlete wore its shoes and won four gold medals in the 1936 Olympics, and all of them were Adidas shoes?! The brand has been around for nearly 100 years, and it has great things to offer + it will not slow down anytime soon. The truth is that Adidas is often worn and shown off by rappers/celebrities, which is one more additional way how the brand keeps on getting exposure. Nowadays, we can thank a ton of media, along with apps for giving it as much recognition.

2. What Is Adidas Most Known For?

This depends and varies based if you take a close look at their US or Europe edition/products. However, almost everyone would agree that they are well-famous due to their innovation. The truth is that they like to set trends instead of following them (as they should, being a worldwide-known brand). Nike vs Adidas? Well, let’s just say that in 2021, Adidas produced 379 million units of sportswear and about 340 million pairs of shoes worldwide. Although their rivalry will definitely continue for years to come, one thing is for certain; the brand will always deliver when it comes to athletic footwear.

3. Who Should Go For Adidas?

Since they are the largest sportswear manufacturer, what stops you from giving them a go? If you are looking for some cool athletic shoes, why not go for Adidas? Literally, everyone is rocking them. From Beyonce to little kids at a basketball court. The truth is that you can wear them for your tennis or soccer practices, but also when trying to look chic and swaggy. In the end, Adidas is available for men, women, and kids.

Although there is no clear winner, it’s evident that Adidas has a lot of pros when it comes to its footwear. Don’t you agree yourself + are you eyeing a pair? Boost technology, their branding, and having Kanye on board are all huge factors that contribute to Adida’s success. Watch out for a feature coming in the near future where we’ll highlight Nike’s greatest successes, and the areas where they shine above Adidas in. It certainly is interesting to compare the two, especially in today’s ever-changing market. Ready to explore some cool fits?

Where to buy a pair of Adidas