8 Reasons Why Nike Is Better Than Adidas 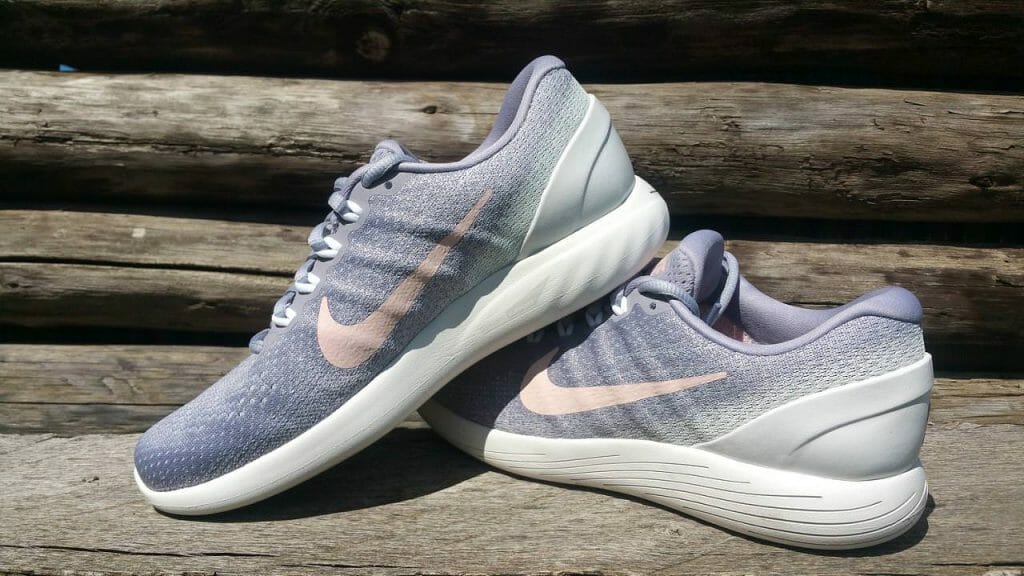 It’s an age-old battle: who’s better – Nike or Adidas? Well, we’ve weighed up the pros and cons of both sides, and following on from our article favouring Adidas last month, here we’re going to look at the pros of Nike. Read on to find out where we think Nike has the upper hand.

We’d like to stress the point that both brands are favourites of ours, and each has its very own set of pros and cons – this list is more just showcasing the strong points of each brand. Nike had an amazing year last year, and from what we’ve seen so far in 2018 they’ve got even more exciting things to come. Anyway, continue reading to find out exactly just what Nike does better than Adidas.

Nike is renowned for its huge marketing campaigns, often branded with striking visuals. One of the most notable features of these advertisements is the traditional bold font that’s still used today. Nike is also a big fan of slogans, with one of the most iconic of these being “Just Do It”. From just hearing that phrase, I’m almost certain you would immediately think of Nike. The brand is no stranger to controversy either – a few years back they advertised the Sock Dart with a poster featuring the phrase “Rock Out With Your Sock Out”, which caused a fair amount of media attention as you can imagine.

I’m not sure that when Nike signed the deal with Michael Jordan that they even predicted how huge the Jordan Brand would go on to become. Jordan’s are arguably the original and best “sneakerhead” shoe, and with countless variations having been released to date, the brand is showing absolutely no sign of slowing down at all – in fact, 2018 looks set to be a huge year for Air Jordan’s. Many brands have famous sports names on board, but I don’t think anyone or anything can top Michael Jordan.

Another area where Nike definitely has the upper hand is when it comes to collaborations. They’ve collaborated with pretty much every big name under the sun, and nearly all have been a huge success. Supreme, Off-White, Kendrick Lamar, Eminem, and VLONE to name just a few. Some of these have become arguably the most desirable releases of recent years, and resell for insane amounts. The proof is in the pudding that people go insane for the right Nike collaboration.

5. Back to the Future

src=”https://outsons.com/wp-content/uploads/2019/08/nike-air-mag-.jpg” alt=”” width=”770″ height=”441″ />Remember the iconic appearance that the Nike Air Mag’s made in Back to the Future 2? The legendary self-lacing sneakers were just a concept for many years until they eventually became a reality in 2016. The sneakers were auctioned off for charity and are now one of the most valuable pairs to hit the resell market. They’re lusted for by sneakerheads and movie fanatics alike, and it’s extremely unlikely that they’ll ever be made again. Once again, this was an epic marketing stunt on Nike’s part that spanned many years.

When it comes to footwear designers, I can’t think of anyone more well-known and relevant than the legendary Tinker Hatfield. He’s worked for Nike for what seems like forever now and is behind some of the most iconic silhouettes of all time. The Air Max 1, Air Jordan III-XV, and the more recent Nike Hyperadapt were all products of his hard work. He’s now achieved god-like status in the sneaker world, and so far he’s yet to be beaten.

Early last year, Nike introduced a brand new model featuring brand new technology to their roster. The model in question was titled the Nike Vapormax. It featured a fully visible air unit underfoot, offering unparalleled levels of comfort, and a Flyknit upper making the sneaker extremely lightweight. The Vapormax has seen great levels of success since its introduction and has been the subject of many great collaborations, such as those with Comme des Garçons and Off-White. It’s only up from here for the Vapormax, and it’s definitely made its mark on the sneaker scene already.

If there’s one thing that Nike has done exceptionally well, it’s their Air Max line. It’s totally stood the test of time and is still as relevant today as it was when it was first introduced, if not more relevant. The original Air Max 1 was designed by Tinker Hatfield in 1987 and is one of the most recognisable sneakers on the planet. Since then, countless renditions of Air Max models have launched, including timeless silhouettes such as the AM90, AM95, and AM97. Nike dedicates an entire day to the Air Max range each year, and it’s always packed full of events and limited edition releases.

The Nike Swoosh is one of the most recognisable logos in the world. Period. It’s been used for years and featured throughout countless advertising campaigns, as well as featuring on the majority of Nike sneakers. It’s on par with logos such as those from Mcdonald’s and Coca-Cola when it comes to recognition, and although Adidas has the iconic three-stripe logo, it just doesn’t quite make the cut when it comes to instant recognition.

Before we begin to list a ton of reasons why Nike is better than Adidas we have to ask how many different clothing items you own when it comes to this brand. Do you have a shirt, T-shirts, athletic shoes or some sportswear? You see, the brand does and has it all, which means that it can suit your apparel streetwear vibe, along with a casual sporty look. If Beyonce, Jay Z & Michael Jordan are rocking it, why wouldn’t you?! You can follow a ton of different trends and find almost anything your heart desires within the right category section. Enjoy their product durability and high-quality, yet reasonable pricing.

2. Why Should You Choose Nike?

Nike vs Adidas seems like that never-ending battle that will continue you for years, that’s for sure. Nikes production will not slow down anytime soon, and brands such as Puma & Reebok will also try to follow up. If you are considering about stacking up some of your favorites you can go for anything from mint green stripes shirts to fancy basketball attire, Nike does it all! Celebrities are always setting and following trends, which leaves a ton of room for growth for this sneaker brand. In the end, everyone will easily find & fall in love with this athletic footwear.

3. Who Can Wear Nike Items?

Available and most popular in North America & Europe, Nike has it all! You can find shops all over the globe and enjoy some classics or statement pieces. The truth is that with the right shoe design and color combo, everyone can enjoy that cool factor with his or her trainers. Adidas footwear is mostly represented by Kanye West, while Nike incorporates both celebrities and newbies across the world. It is impossible to make a wrong call due to its growth and popularity. In the end, any age group can rock Nike (both your kid and your grandparents can try out a stylish fit).

It’s clear that as a brand Nike has a lot going for them, and they’re showing no signs of slowing down anytime soon. 2022 looks set to be a huge year, and only two months in we’ve already seen some impressive releases. Are you into athletes wear, or are you looking for something that you can wear daily?

This has the potential to change at anytime, and we’ll be watching closely for sure. But for the time being, both brands have some great strategies, so we’ve got to declare it a draw. See where you can find some cool pairs and spice up your collection by reading the article below.

Where to buy a pair of Nike