How Much Are Nike Mag Sneakers Worth Today? 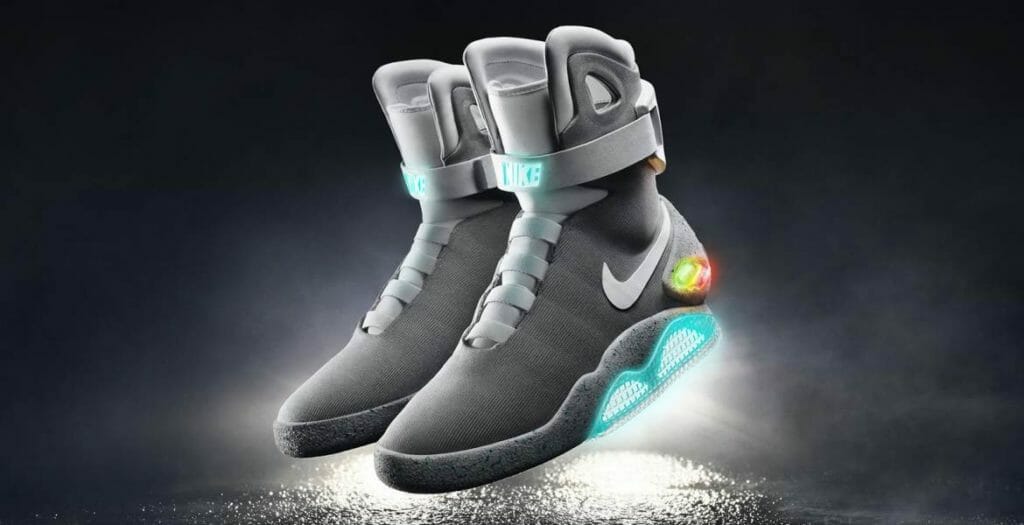 I’m sure all of you reading this will remember Marty McFly’s Mag sneakers he rocked in Back to the Future Part 2. You’re also likely to know that Nike has actually released a few variations of the sneaker over the years, but just how much are they worth today?

Nike is without a doubt one of the biggest footwear brands on the planet. For well over fifty years, the brand has been producing timeless and legendary silhouettes. None caused quite the stir as the Air Mag did however. The pair was originally seen on the feet of Marty McFly during a scene from the cult classic Back to the Future Part 2. However, it wasn’t until 2011 that the shoes actually came to life and released to the public. Of course, they were extremely limited and hard to obtain – meaning they’re a big hit on the resell market. But just how much is each variation worth now? Thankfully, we’ve done some research on the subject.

Although not officially an “Air Mag”, this Hyperdunk Supreme was the first ever Nike sneaker to honour the Air Mag colourway. The Hyperdunk is already a big hit with OG sneakerheads, especially stateside, so it was no surprise when this pair sold out immediately upon release. Despite the silhouette not being as desirable these days as it was upon release, this pair still manage to demand a significantly high resell price, making easily double the original retail every time.

The year the sneakers were worn during the film was depicted as 2011, and that was the year the Nike Air Mag first launched to the public. An extremely limited number of pairs were created, (1500 pairs to be exact), and they were sold exclusively on eBay by Nike. All proceeds went to the Michael J. Fox Foundation, which helps sufferers of Parkinson’s disease. The pair closely mimics those seen on the big screen, however they don’t feature the iconic self-lacing system.

Nike SB Dunk’s were once probably the most hyped sneaker on the planet. Back in the early noughties a hyped Dunk release would see queues stretching for miles. This rendition released in 2015, therefore the hype had definitely died down. Nonetheless, this release was a success and still managed to sell out. The McFly colourway sat perfectly on the dunk silhouette, making for an aesthetically pleasing pair. If you’re after these, you won’t have to break the bank either. They’re available for relatively close to the original retail price.

2016 saw the launch of the first ever Nike Mag to feature the self-lacing technology as seen in the film. It was released via a raffle system, and only 89 pairs were produced globally. As with before, all proceeds from the sale of the sneakers went towards the Michael J. Fox Foundation. Participants purchased their initial raffle ticket for the small sum of £10, however winners really came off financially, due to the immense resell price this pair demands. It’s without a doubt one of the most valuable sneakers on the market. 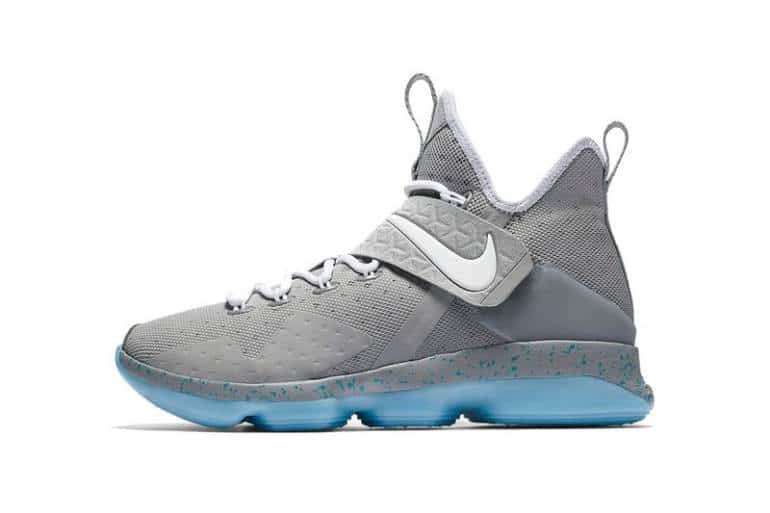 The latest “McFly” colourway to grace the shelves came in the form of a LeBron 14. The legendary colourway sits extremely well upon this modern basketball silhouette, and although no futuristic technology can be found here, this is possibly the closest lookalike you’ll get to the actual Air Mag silhouette. This pair only launched last year, and can actually be picked up way below the original retail price. So if you’re looking for a pair of Mag’s on a budget – this is definitely the pair for you.

Whether you’re an avid Back to the Future fan or not, there’s no denying that Air Mag’s are extremely cool sneakers. The original and self-lacing pairs are guaranteed to set you back a pretty penny, so if you’re looking at investing on a pair of those you’d better have a deep wallet. However, as seen above there are also some very affordable alternatives. Either way, you won’t have to trawl the internet too far to find what you’re looking for, as all the variations we’ve listed here pop up often via the usual resell sites. We wish you the best of luck in the search for the pair you’re after.

Where to buy a pair of Nike Mag