10 Best Scottish Tattoo Ideas That Will Blow Your Mind! 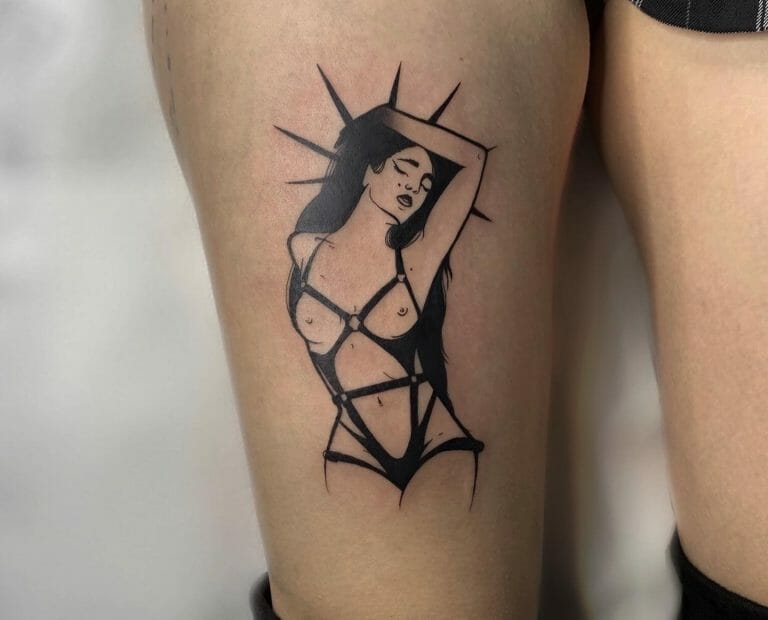 Are you in search of stylish Scottish tattoo designs? Then your search ends as we have selected unique and eye-catching tattoo designs which y’all will love!

Scottish tattoos are one of the most interesting and unique tattoos.

There are various elements which can make brilliant tattoo design ideas. You can find suggestions on similar ideas on the free Pinterest app.

The culture and society of Scotland provide the tattooing industry with numerous tattoo design ideas. The culture of this country is so high that it will become a pride for anyone from the country or outside the country.

Here we have selected a few of the best and most popular Scottish tattoos which are classy as well as trendy. You can select any of the tattoo designs from the given list which will attract you the most.

In this body, the tattoo artist has made a face of a baby Scottish cow on the skin back of the upper forearm, just about the elbow. The entire tattoo has been made up of black ink. The tattooist has used fine lines to make the shaggy coat of this tiny cow. The big hairs or furs of the cow are covering the right eye. It has long horns and the horns are decorated with pretty flower flowers. There are big and small twinkling stars surrounding this baby cow.

Here is a simple yet eye-catching Scottish tattoo. People at times prefer small and simple tattoo designs. So for the small tattoo lovers, we have carefully handpicked this tattoo.

In this tattoo art, the artist has made a simple violin which has been coloured with black ink. The violin has a combination of dark and light shades of black. And the bow of the violin is kept right on top of it. Under this Simple violin, we can see the Scottish flag which is mainly known as Saltire. The flag has been made using sky blue and white colour ink. Behind this violin and flag, we can notice a part of the castle which depicts Scotland, as it is famous for having castles. Above the castle, there is a clear sky with many white clouds. The tattoo has been inked on the sleeve region and it is an oval tattoo.

A Scottish can show his or her affection and respect towards his or her country or motherland by getting themselves embedded with their Saltire flag. The saltire is also known as the crux decussata or Saint Andrew’s Cross. The literal meaning of Saltire is a cross that has equal diagonal bars.

In this specific tattoo, the artist has made a chest piece. In this tattoo, he has embedded the Saltire inside a heart. This depicts one’s love for their nation. As the heart contains the Saltire therefore it is sky blue and white. From both sides, the heart has two bright yellow wings that stand for freedom in one’s. If your love for Scotland is more than anything else and you want to show it to the entire world then this is the perfect tattoo for you!

Edinburgh is the capital city of Scotland. It is very popular for its medieval old town. There are many old castles over there as well. Hence this Edinburgh Castle can be a good inspiration for a great Edinburgh Tattoo.

In this Edinburgh tattoo, the artist has drawn a medieval Edinburgh castle right on the backside. This is quite a big tattoo and has been completely made up with black ink. The castle has many windows and doors. There are many tall towers in the caste that are also visible. This is a unique castle design because it is a castle in which both sides have towers. We can see many clouds surrounding the lower part of the castle’s towers. So if you are in the search of a big castle tattoo then your search ends here.

When it comes to Scottish tattoos the most famous and loved tattoo design is the Celtic tattoo design. A Celtic tattoo is a symbol of strength and the bond between human beings and nature. It is also a sign of vitality, destiny and wisdom. Also, the four sides of the Celtic stand for all four directions.

In this sleeve tattoo,o the tattooist has made a Celtic tattoo which covers the entire upper arm. The tattoo is made in grey and black ink. The effects of these two colours are giving a 3D effect to this tattoo. There designs inside the tattoo are chained in a pattern and are interconnecting each other. On the lower part of the Celtic, the chains are forming star-like structures. This is a very masculine tattoo that will well suit guys.

The Scottish thistle is a purple colour flower that grows in the Highlands of Scotland. This is also the national emblem of this country. Thistle Tattoo is a sign of bravery, power, devotion and determination.

Here is a forearm body art which might catch your eyes. In this thistle flower, the artist has made use of light purple colour to draw the petals and buds of the flowers. And the leaves and stems of the flowers are inked with dark green colour. This is a great tattoo design for both males and females.

If you are Scottish and you are willing to get yourself ink with some tattoo that will deeply connect you with your home country then here we have found the perfect tattoo design for you guys!

In this tattoo design, the tattoo artist has drawn the map of Scotland. It has outlined this country with help of thin black ink. The interior portion of the tattoo has been coloured with the national flag of Scotland which is termed Saltire because the cross has diagonal bars which are equal to each other. Then the artist ed the map with patches of blue colour because that is the colour of the Scottish flag. So if you want to show some patriotic love for your country then you can get yourself inked with this tattoo design.

Scottish pipers are musicians who are a part of the travelling minstrel class. they usually perform during weddings, fairs as well feasts. They are normally found in the lowlands of Scotland. Scottish pipers are associated with good luck and they are believed to keep evil spirits away. So getting a piper tattoo will act as a charmer that will keep you away from evil spirits.

In this piper tattoo, the piper has been portrayed as a skeleton. The skeleton has an evil smile on his face. He is holding the bagpipe with his hands which are just made up of bones. The bagpipe has many pipes attached to it. The entire tattoo has been made up using black ink and the tattooist has used fine lines to shade most of the parts of the tattoo.

The Scottish eagle or the Golden eagle is a prey bird. It is massive in size and preys on Rabbits, hares, fox as well as young deer. One may find these eagles on the Scottish upland. So a Scottish Eagle tattoo is a sign of bravery, power, freedom and prosperity.

In this tattoo design, we can see the artist has drawn a colourful eagle. It has a golden beak and claws. There is a tinge of golden and red on the wings, corner of an eye and tail of this predator bird. Being a predator bird it has very sharp claws which are holding the Saltire with a brown rod. On the Saltire or the Scottish flag, the word proud has been written. The Saltire has been made in the traditional blue and white colours. This is an amazing sleeve tattoo option if you want to show some respect to your country.

Skull tattoos are generally associated with the afterlife, death and rebellion. A person who chooses to wear a skull tattoo shows that he is not scared of death. This Scottish skull tattoo has been embedded on the lower portion of the arm. It has a Celtic symbol right in the middle of the skull.

10 Best Women’s Back Tattoo Ideas That Will...