10 Best 3d Tattoo Ideas That Will Blow Your Mind! 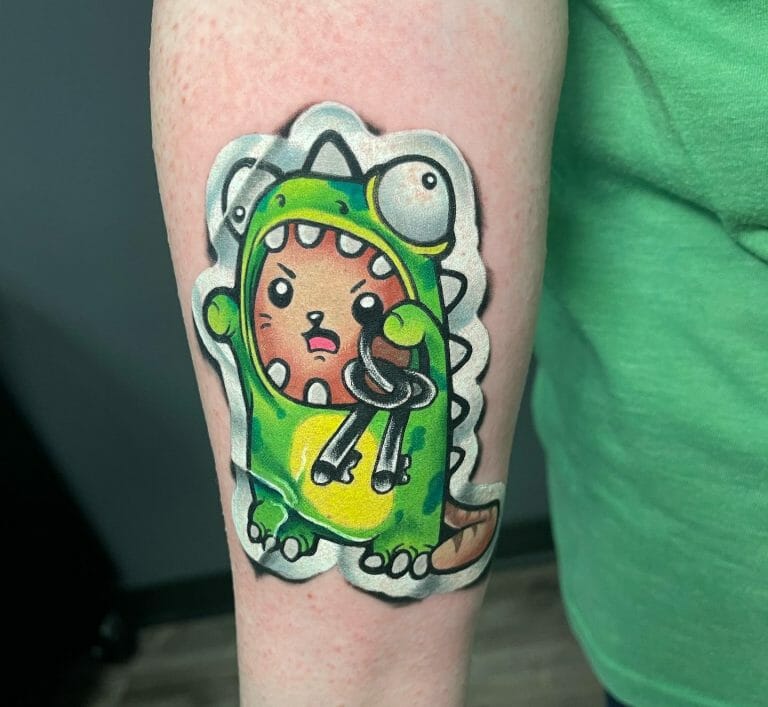 Bored of getting simple 2d tattoos and want to surprise every passerby when you walk through, then a 3d tattoo is a right solution you can have.

Of all the tattoos you find in the tattoo shop, the 3d realistic tattoo is one of the hardest to ink for the tattoo artist.

The 3d tattoo design is known for its extreme detailing and hyper-realistic look and sometimes feel to the observer it will come out of the skin. From minimalist images to large objects anything can be turned from the 2d into an eye-catching piece.

The artists need to know the techniques of shading, blurring, and light to add depth to the image and blend the design into a three-dimensional look. The tattooer is provided with many options from giant butterflies to optical illusions and must choose wisely.

The 3d butterfly tattoos are one of the most popular and common designs one can find in the 3d tattoo world. The image of the butterfly is so striking it seems that it has perched on the tattooer’s body portion where it is inked. The best place of choice for these tattoo designs are the forearm, chest, back, and calves.

Ranging from traditional black to blue colors the ink choice totally depends on the tattooer and mostly a vibrant color is picked. Though popular among females they are sometimes done by males too and symbolize metamorphosis, good luck, beauty, and impermanence. Interestingly in the Aztec civilization butterfly was regarded as a symbol of remembrance of the souls of the lost warriors.

A popular and common tattoo design skull tattoos are one of the most fierce-looking body art one can own. The ink color used is mostly black but other colors like grey, white or red can also be applied to get the desired effect for this cool piece. Now the 3d skulls are usually done as a huge tattoo and need quite a bit of space in the human body, so the choice of place preference for such a tattoo are chest, back, entire arm, or entire leg.

The skull is mostly done by men and can symbolize different things. The first and the foremost idea that comes to our mind when we see these 3d tattoos are death, evil, and decay. In the same manner, it can also demonstrate rebellion and the afterlife. It can be either done as a simple skull tattoo or elements like a rose, mask, nails, or clock can also be added.

Whenever we see a bird flying around it provides us with a desire to live a free and happy life. While doing a 3d bird tattoo design a similar concept with a deeper meaning is extracted. The choice of places for putting this adorable piece are the legs, arms, and back. They are both done by men and women who love the concept of freedom and vibrant colors are mostly used.

In many cultures, birds are compared to eternal life with a deeper connection between heaven and earth. Now different birds represent different meanings like the dove represents peace and love, the raven shows wisdom and intelligence, and the eagle demonstrates power and strength.

Long are gone those days when people used to get inked with simple tattoo designs. Now with the advent of abstract art, geometric shapes are being implemented in the realistic design of the tattoos. From expressing inner feelings to showcasing beautiful patterns these 3d tattoos serve all-purpose magnificently.

These mind-boggling designs are usually created using black and white ink and are both popular among males and females. It is a great tattoo idea for people who adores the idea of balance, stability, symmetry, and intelligence. These tattoos range from simple to complex designs and only an experienced tattoo artist can properly get this amazing piece inked.

If you want to puzzle or hypnotize someone with a tattoo design then optical illusions are the best choice to do so. They are quite common tattoos in the 3d tattoo world and often appear to be raised off from the skin, giving the complex piece the desired effect. They are both popular among men and women and are created using a beautiful blend of black and colorful ink.

From swirling patterns to double vision objects anything can be attained with this 3d tattoo design, depending on the efficiency of the right tattoo artist. Arms, legs, and chest are the best places to get inked with these tattoo designs, and the usage of stimulating lines, magnificent perspective, and the unique color combination creates a feeling that looking at these tattoo art takes you to another universe.

From representing beauty to the concept of being watched such tattoos carry a multitude of meanings. Mostly done in black ink by the tattoo artists they are both popular among males and females. For putting these 3d tattoos the places of choice include the chest, bicep, forearm, and back.

The 3d eye tattoo can be done in a variety of ways and the popular designs include the religious design or the third eye done by spiritual groups or cult members, the Illuminati design which represents a group of members opposing religious authority, and the evil eye which is believed to ward off evil forces. An interesting fact the eye symbol was used by the Egyptians to represent Sun God Ra and can also be done as a homage to Ra.

The dice tattoo is one of the most unique 3d tattoo design that deviates from the mainstream tattoo world. Either in black ink or in other colors these tattoos are mostly found on the forearm of men.

From risk-taking to a habit of gambling can be very much shown with these 3d tattoos and also can be customized with other elements for the desired effect. They can be clubbed with cards, a lucky number, or put in a glass to unlock some cool features and meanings.

One of the most common 3d tattoo designs, the cross can be done using beautiful colors of ink. Widely considered to be the symbol of Christianity this 3d tattoo is both popular among males and females. They are either done to show the religious side of a person or the faith one has towards their own religion.

This stunning piece is mostly done in the middle of the chest, upper arm, calves, lower arm, and back. The origin of the cross symbol can be traced back to the establishment of the Christian religion itself and it demonstrates the crucifixion, sacrifice, and the rebirth of Jesus Christ. These 3d tattoos can be either done as simple cross tattoos or with other things like flowery elements, folded hands, Celtic cross, and many more.

Portrait tattoos are one of the most eye-catching and complex designs one can ask for in the 3d tattoo world. From representing an iconic personality to a cartoon character anything can be portrayed in the tattooer’s skin. The life-like effect of the 3d tattoos makes the characters seem to come out of the skin and is a great way to pay homage.

This complex design is quite a challenge as sophisticated machinery and needles are needed to imbibe such tattoos on the skin and the artist needs to be very experienced. Portrait art is one of the oldest forms of art leading back to ancient Egypt but inking that concept as a tattoo is a great feat.

On seeing this magnificent piece you are bound to get confused with an actual scissor. Mostly black ink is used to make this awesome tattoo and they are commonly found in the male population. Arms, legs, and back are the preferred places of choice for this 3d tattoo design.

The person who wants to get rid of bad energy, cut off toxic relationships, or anything that is evil is found wearing scissor tattoos. Again when a scissor and comb are together done as 3d tattoos it may represent the profession of that person. The meaning of the tattoo may vary from person to person and totally depends on the tattooer.

Before getting a 3d tattoo design one must properly choose the color matching the wearer’s skin tone and also the tattoo ideas. These tattoos take quite a period of time and the pain scale must also be understood before getting one.

Other tattoos that can be done using the 3d model are: