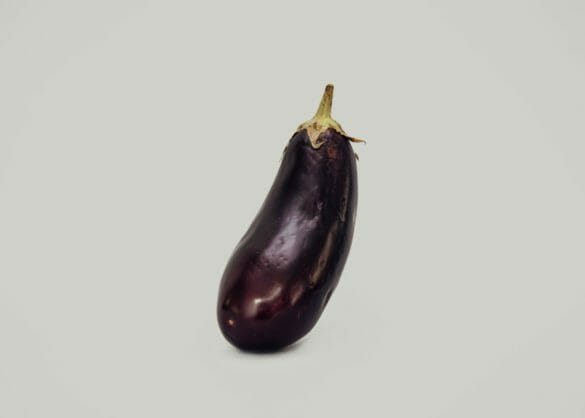 You’ve undoubtedly seen the ad campaigns of male models strutting around in their underwear.

The models seen are wearing normal sized underwear as that represents the majority of the buying market. The reality is a section of that male population has a very real dilemma when it comes to finding underwear that provides extra room for their nether-region.

Underwear for generously-hung men is an issue that some brands have started to address in recent years, and the good news is that some have created underwear for big balls, boxer briefs with large pouch options, and a contoured pouch for additional comfort. Men with big packages no longer have to settle for underwear that barely cover their bare essentials and in a constant state of discomfort. If you are searching for the best underwear for well endowed men that addresses this issue, you have come to the right place.

Men ideally need underwear that won’t squeeze their crotch or cause excess sweating. These days, a well endowed man has more options today than ever before, and here is a brief breakdown of the most popular ones available.

Similar to a boxer brief but with a bit of leg length and more structuring, trunks allow men with that are on the larger side to show off their junk a bit as the fabric allows you room to move around but without compromising your crotch in an obscene way.

As one of the most popular styles, boxer shorts are the perfect lounging underwear since they are comfortable, breathable, and aren’t too snug. WIth a fit that is just tailored enough, boxer shorts can be worn with baggy shorts, track pants, and long shorts. When you’re at home, you can just relax in them as is.

Briefs provide only crotch and buttocks coverage, exposing the full front and back of thighs. With the most traditional underwear shape and size, briefs offer more support for well endowed men and come in a dizzying array of colors and patterns.

Combining the flexibility of boxers and the support of briefs, a standard boxer brief is longer in the leg and more slimming. They are the versatile option that are perfect for casual wear or for exercising.

Underwear for Bigger Package: What to Search For

The best underwear for well endowed men needs space so there is no issue of cramping when you’re moving. If the fit is too tight, keep looking.

No one wants skin irritation down below, which makes seamless stitching all the more important so men won’t be rubbed the wrong way. Even better is seamless stitching so you can avoid blisters, chafing, and other skin issues around your delicate parts.

It should go without saying that comfort is an important component of underwear, and for men blessed down below, comfort is an absolute necessity. The waistband should be made from high quality elastic so it doesn’t roll up as you move throughout the day.

Staying cool and dry is another important aspect of men’s underwear as you want to stay as cool as possible and avoid sweating. Fabric that includes moisture wicking ensures that your bits stay dry and free of sweat so that less bacteria gets in, and odor is kept at bay.

Now that we have unpacked the qualities to search for, Outsons has curated a list of underwear for well endowed men that gets high marks from the community.

For men that are hung, underwear that is more accommodating ranks high on their charts, and Under Armour’s Original Series 3 boxerjock undies are known for accommodating larger packages without constraining the area or irritating the skin. Made of mesh material that provides moisture wicking, these boxerjocks are practical and top performers with features that also include anti-odor technology, and 4-way directional stretch for enhanced movement.

Men that prefer trunks will be well taken care of in the crotch in Separatec’s bamboo pouch underwear trunks. Not only are they quite comfortable since they are of fiber and spandex, but they feature two separate pouches for your little boys. The design means you receive great support and airflow and you won’t have to worry about your underwear riding up during the day.

A classic design from an iconic brand is exactly what dignified men deserve and Emporio Armani’s boxer briefs are made with thick cotton stretch fabric that feels soft against your skin and comes with a large package for endowed men. Armani certainly knows their way around a fashionable brief and these spacious underwear are a top choice for well endowed men.

Calvin Klein has been behind some of the most memorable and best underwear ad campaigns of the past few decades, but the truth is that Calvin Klein also happens to make exceptionally form-fitting, quality boxer briefs that provide exactly what well endowed men need. It’s not just the distinctive logo that makes Calvin Klein stand out, as features include a contoured pouch, breathable cotton, and a contoured pouch for the ultimate in comfort.

Men that are searching for underwear that provide a bit more length than traditional options need look no further than the Obviously Original AnatoMAX Boxer Brief, which is not only longer and provides additional support, but the length also works double time to reduce friction and thus, chafing. Other notable features include a spacious pouch, no fly and increased breathability thanks to Lenzing MicroModal and lycra materials.

No man wants restriction down below and Andrew Christian is one brand that has found a way to create underwear for men that is not only stylish and functional, but comes with all the features that men would be searching for. Their tagless boxers are made of silky smooth, lightweight stretch cotton, with plenty of room in the pouch area so that your balls can breathe and chafing is minimized.

The majority of those that are seeking well endowed underwear want durability as well as space for their junk, and Hanes is a great company when it comes to making exceptional boxer briefs that get the job done. The waistband maintains elasticity and shape of these underwear and provides the key ingredients that the man on the go needs.

2(x)ist has always been regarded as an underwear brand ahead of the times and with their No-Show Brief, they have seemingly directed responded to the complaints of the well endowed man that is trying to conceal – as opposed to reveal – his nether-region. These briefs won’t ride up or down while you are on the go, providing total support and comfort throughout the day. Made from a combination of spandex and nylon, the materials are flexible and extremely flexible, a durable option for men that lead active lives.

Ask any man that has invested in bamboo fiber how comfortable it is, keeping you warm during the colder months and cool in the spring and summer. By blending spandex and bamboo fiber, Eyushijia some silky underwear for well-endowed men that feature a waistband so soft that pinching and binding are not an issue. The mesh material assures that men have more airflow down below, a breathable boxer brief that fully supports you when in motion.

Design is always a big component of comfortable underwear and David Archy has constructed options that come with two pouches – one for each private part for the ultimate experience. Made from micro modal and spandex, these underwear are stretchable and light, featuring a breathable window panel that supports and separates to perfection. Wearers will note that the waistband and seams feel greatest against the skin and there are no issues with pulling, irritation or itching over the course of the day.

There are some men that prefer to wear only boxer briefs for their style of underwear and luckily, brands exist that cater to the well-endowed man. Kayizu has produced a line of premium cotton boxer briefs that come with moisture-wicking,  comfy waistband, flat seams, and just enough spandex to keep the nether-region snug in all the right places. You won’t have to worry about these boxer briefs riding up during the day as they have been designed to stay put on your legs.

How many options are available when it comes to underwear for well endowed men? The full frontal answer is that there are several brands that have developed options that give well endowed men the support and coverage they need with the most amount of comfort. The brands we have featured here will ensure that you feel empowered and active throughout the day with styles that can effectively contain your nether-region.