Edwin Jeans: How to Wear This Staple Denim Brand 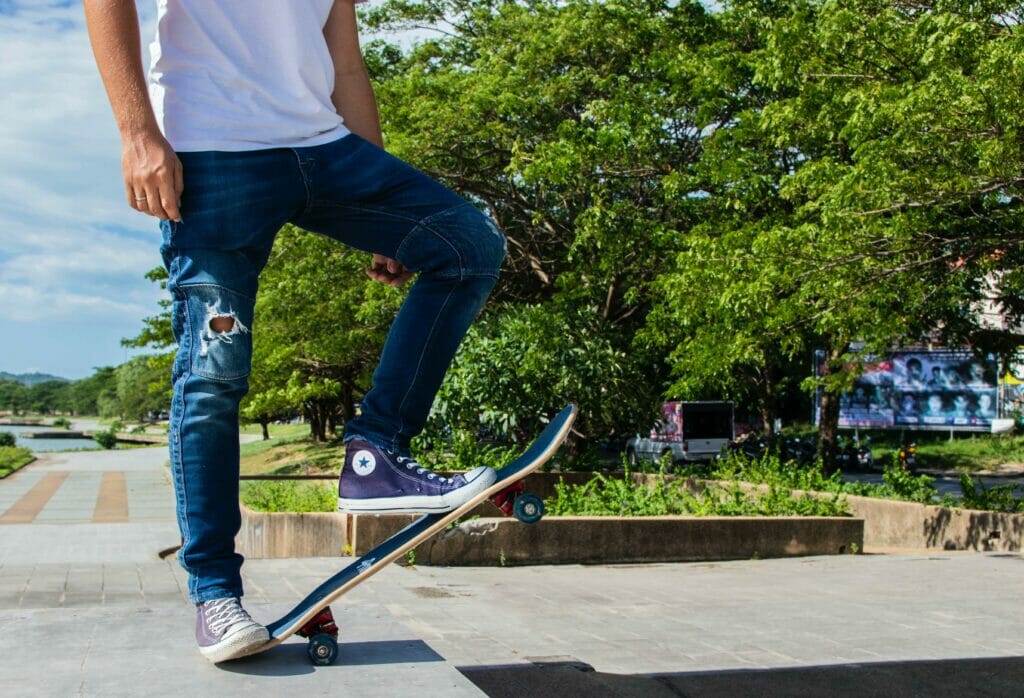 One of Japans most popular denim brands have a number of styles for every wearer. Priding themselves on innovation and craftsmanship, Edwin jeans utilise exclusive fabrics and fabrication to produce some of the hardest wearing yet fashionable jeans on the market. For this segment of ‘How To Wear’ we are going to dissect the various styles to find the perfect pair of Edwin Jeans for you!

The Edwin brand was established in 1947, Japan by Mr Tsunemi. The name “Edwin” is a compound based on the letters D, E, N, I and M. Tsunemi moved the letters around and turned the M upside down to achieve EDWIN: one of today’s strongest and largest Japanese denim brands.

As no denim was being manufactured in Japan at the time, Mr Tsunemi imported directly to Japan from the USA in a bid to sell his own jeans. The denim being imported was worn, damaged and dirty, meaning they would have to be repaired and washed by hand before being sold on to the crowds of Japanese wanting to get their hands on a pair.

However, Mr Tsunemi was not content with this sales process alone. By 1951 Japanese cotton and denim production was initiated, although the product was expensive and and of inferior quality to the American counterpart. Tsunami would use this as a comparison of the quality difference between the two products. After a decade of trial and error manufacturing, the first pair of Edwin Jeans hit the market in 1961. 2 year later Edwin produce the worlds heaviest wingspan denim jean at 16oz. The model featured the now famous 3 colour rainbow selvedge and was one of the most innovative products of the time.

Edwin Jeans have been one of the most revolutionary jeans manufacturers, especially within the washing practices used. The 1970s saw the introduction of the ‘old wash’ technique, used to replicate the look of worn denim without it having to be worn for several months to achieve it. Edwins staff did it for you!

In the 80s Edwin was once again at the forefront of denim technologies when they introduced the ‘stone wash’ technique. This process literally involves placing the jeans in a large industrial washer which is also full of stones. Ultimately, pre wearing-in the jeans as if they had been used for years. This style became more and more fashionable as jeans moved further away from working class uniform, into a fashionable piece.

The fact that Edwin produce a variety of jeans in different styles and colours means there is a pair for every man and every occasion.

The ed-55 is the most popular pair and comes in a selection of different washes. A relaxed, tapered fit with a mid rise. This model can be worn in many styles by men of all sizes due to its versatility. The great thing about relaxed jeans is that their fit emulates the style in which they should be worn. They are also one of the more comfortable options as the fit is less restrictive in terms of how high they need to be worn.

Feeling most at home with some trainers and T-shirt, the ed-50 is the go to casual jean. Its the pair that you will pick up again and again just to feel the comfort of home while you are out and about. The fact that the model comes in a variety of different distressed styles only adds to this. Although its not all casual! If you want to dress these up they won’t look like they came straight from Mars if worn with some loafers and a polo shirt.

Taking a slightly more modern approach is the ed-80. This is a slim fitting jean with a tapered leg, making it one of the most popular styles. Not a million miles away from the ed-50, the ed-80 can also be worn casually. However the Edwin jeans slim nature mean they can easily be dressed up with a pair of formal shoes and a button up shirt without looking out of place.

We have decided to stay casual with this look. Opting for the black ed-80s with a top of the same colour will keep you looking sleek and sophisticated. A white pair of plimsoles add that casual charm, making it an ensemble that can be worn on a number of occasions. If you decide this look is too casual for say a work do, just swap out trainers for some leather Dr Martens and you have an instant winner.

Other than these two main styles, Edwin also manufacture a selection of other styles. One of these is the Rainbow Stitch Selvedge Jean. This the style that Edwin made famous in 1962 due to its tri-couloured stitching known as the ‘rainbow stitch’. These are one of the more premium models due to the heavy weight of the cotton. Definitely not one for the summer months, the Classic Rainbow Stitch jean (Edwin selvedge jeans) is a sturdy alternative which can withstand masses of wear ‘n’ tear. A jean for life. Match these with a overshirt and brown leather boots for a stylish workwear aesthetic.

Another model worth talking about is the ed-85. Very similar to the ed-80 however with a lower crutch it is even more comfortable. The lower crotch is more fitting of the modern man who is known to wear his trouser considerably lower than those of his predecessors. With all Edwin styles I would recommend wearing socks. As these styles are not skinny a bare ankle can look out of place.

Edwin now produce an array of different clothes that are not just confined to denim. From chino shorts through to T-shirts and accessories. Edwin is now a fully fledged clothing label. Taking inspiration from classic American workwear and traditional Japanese culture, Edwin clothing has created its own individual style. Sticking to its roots of producing clothes to fit a purpose, this check work jacket is the perfect match for any pair of Edwin jeans. Here we have paired with the black ed-80s and come classic Vans to complete the look. If you’re working with a budget then check out our Edwin Jeans sale.

How To Wear Edwin Jeans

Edwin jeans have been at the forefront of the denim industry for more than half a century now and theres no signs of them slowing down. With such classic designs that have withstood the test of time and innovative manufacturing, these jeans will probably last longer than you or me. So if your looking for a pair of beautifully crafted denims then look no further, as Edwin has u covered on all fronts.