10 Best Traditional Tattoo Colors Ideas That Will Blow Your Mind! 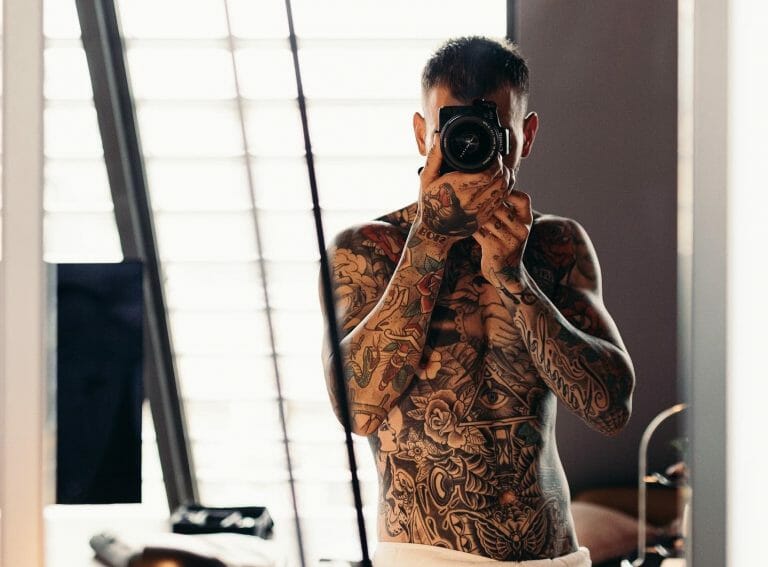 Are you inclined to your traditions? If you are deeply attached to the thoughts of any tradition, it is time to pick one from these traditional tattoo colors.

If you are fond of old school tattoos, this article is apt for you.

Since these are traditional tattoos, a lot of meanings are attached to them. There is a history associated with these American tattoo styles. Soon after the Second World War, Norman Collins, popularly known as Sailor Jerry pioneered this tattoo style in a place in Hawaii. This location was largely populated by Americans. As a result, several people came across these old school tattoo style designs and were deeply fascinated with them.

Most of these traditional tattoo styles highlighted the concept of escaping from the bindings of society, rejecting the conventional culture, and looking for something new. People who were rebellious enough to question the societal norms were the first to follow this art form. This section of people was mostly the mariners. When Captain James Crook traveled to the East along with his team, they tattooed each other to propagate their stories of travel. Even then, traditional tattoos were limited and confined only to the Americans, precisely to the homeless sailors.

When men from different corners of the world gathered at the intersection of Honululu, a navy person named Sailor Jerry organized a tattoo shop. With his artistic bent of mind, Captain Jerry drew inspiration from the Japanese traditional colors tattoo and merged them with his own American traditional tattoos to create fascinating designs. Further, Sailor Jerry developed tattoo machines with which he would use the ink the way he wanted to. So, Sailor Jerry can be said to be one of the pioneers of the American traditional tattoos who took the initiative to propagate it.

For all tattoo enthusiasts, here is a list of some conventional tattoo styles that portray American culture.

Tattoos recently have undergone a vast change but when it comes to traditional tattoo, they are associated with a rich history. The tattoo shown here is a clear indication of the broader color palette. The tattoo style shows a traditional pin up girl with a watchtower in front of her face.

This traditional style was invented by the sailors. The pin up girl tattoo is a symbol of fine art that explains the connection that the sailors had to their life in their hometowns. Only a skilled artist can get these portrait tattoos done rightly.

Another traditional tattoo style is this panther inked on the front side of the thigh. To retain the simplicity of the American traditional style tattoos, only black and grey colors are used. These black and grey portraits on the human body with the image of a panther symbolize masculinity, courage, guardianship and freedom. During the Second World War, these neo traditional panther tattoos were very popular. It gives the appearance of a panther crawling on the skin. Also, the tattoo artists draw the panther in a way that gives a completely natural appearance.

The credit for the initiation of these dragon tattoos can be given to Sailor jerry’s shop where he got several people inked with this traditional tattoo. Even though the tattoo was developed during the Second World War, it rules the modern styles. Being one of the common themes of traditional tattoo styles, when dragons are selected for body art, it symbolised navigation. Jerry was inspired by this dragon tattoo design from Japan and Asia.

Another most common motif under these conventional tattoo styles includes the swallow tattoo. These swallow tattoos were first associated with the sailors. It was the sailors who used to get swallow tattoos as an indication of their sailing for long distances and hoping to return back safe. Sailors have an authentic belief in these swallow tattoos. They believed that through this body art, the soul of a dead sailor who return to his native place.

The traditional Japanese tattoo colors have meanings associated with them. The Japanese tattoo has two distinct meanings – one is to convey a societal status and the other is to act as a spiritual symbol that resonates with the thoughts of protection and devotion.

In this Japanese tattoo, the watercolor style is followed to make the tattoo look as real as possible. Besides this spongebob tattoo, one can opt for traditional samurai tattoo colors, Ryu tattoo, kappa tattoo and many more.

Among other styles, the shark tattoos are one of the most common neo traditional motifs. According to eminent sailors like Jerry and Don Ed Hardy, sailors should love them more to avoid them. When one has an animal tattoo, it means one resembles the characteristics of that particular animal. Similarly, sailors preferred getting the shark tattoo as a mark of their protection from the sea.

Another American traditional tattoo style is the skull design. These traditional skull tattoos carry a strong message. During the time of the sailors, warriors were denoted with skulls. Not just warriors, the skull design extended to those people who dealt with life-and-death situations in their daily lives. Skull tattoo designs often come with daggers or roses. However, a skull tattoo with a dagger may mean both a villain and a hero.

The snake tattoos have multiple meanings. Sometimes they may mean potency and power, and sometimes, they may stand for rebirth and a new beginning. This snake tattoo style gives a strong message of doing away with the evil. To retain the essence of a traditional tattoo, the tattoo artists have used vibrant hues and bold outlines. This is where traditional tattoos differ from other tattoo styles.

One of the biggest advantage of traditional tattoos is even after decades they look the same because of their heavy pigmentation and thick lines. So, whichever traditional tattoo you select, make sure the style resonates with you. Do not forget to choose and rely on professional tattoo artists who have the potential to help you with traditional and blackwork tattoos.

Now that you are fascinated with the American traditional tattoos, here are some more suggestions for you: