10 Best Brand Of Sacrifice Tattoo Ideas You’ll Have To See To Believe! 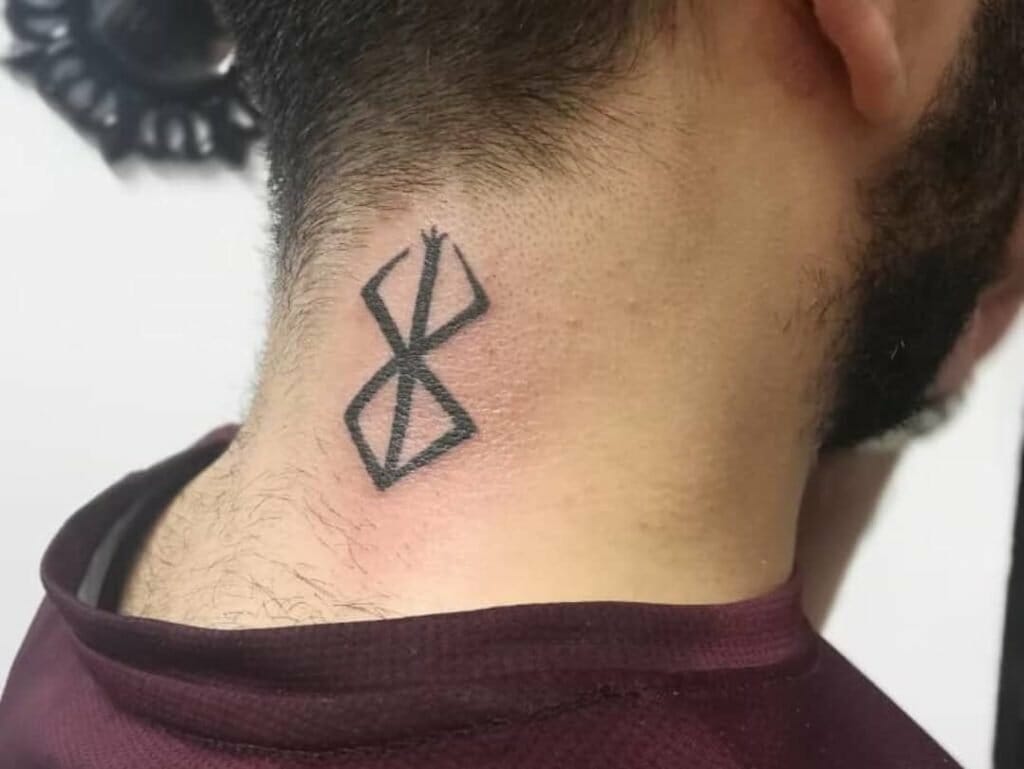 Brand of sacrifice is a popular symbol of curse from the manga series Berserk.

Brand of sacrifice marks those who would be offered as a sacrifice to the evil spirits. It happens to be an equally admired subject for tattoos among anime lovers across the world.

Berserk is one of the most talked-about manga series that has won the hearts of millions. According to the story, Guts is branded for death and thus he sports the iconic curse sign on the right side of his neck. However, after surviving the sacrificial ceremony, he is set on a journey to defy death at the hands of beasts. The brand is known to bleed whenever there is a presence of an evil spirit, causing a great deal of pain to the wearer.

We are beginning the list with the classic brand of sacrifice tattoo in intense red ink. The splatter of blood on the curse sign is a reminder of the creatures of darkness depicted in the manga anime. This bold tattoo design is going to make an impact irrespective of its placement. You can even add your favourite berserk quote to make the design more appealing.

How can you not include Guts, the main protagonist of Berserk, in your Brand of Sacrifice tattoo! He seems to be in agonizing pain as the curse symbol gets soaked in his blood. The vivid detailing of Guts in black ink adds a realistic touch to this design. The red brand of sacrifice symbol on the right creates a sharp contrast in this design. You can ink this one on your foot like the one shown in the picture.

Brand Of Sacrifice In A Cool Colour Gradient

The striking display of monochrome colour gradient in this design surely catches our attention! Well, the blend of the two contrasting shades at the centre is done with perfection. You might want to ink this berserk brand of sacrifice tattoo art behind your ears or on your wrist.

If you are looking for a berserk sleeve tattoo, then this is the one for you. The illuminating brand of sacrifice symbol at the bottom makes the design visually appealing. The brilliant shading on the berserker armour in black ink further accentuates the tattoo. The armour is a protective covering worn by Guts in the anime. Thus, the union of the two creates powerful imagery in this design.

Brand Of Sacrifice Tattoo With The Berserk Dragon Slayer

The incorporation of the Berserk Brand of Sacrifice symbol with the Dragonslayer creates a stunning visual. The dragonslayer is the main weapon used by Guts to fight off his enemies. The curse sign in red stands in contrast to the monochromatic sword. The artist has inked the berserker armour on the surface of the sword with great detailing. You can get this impressive tattoo design inked across your leg or arm.

Brand of Sacrifice Tattoo With Blood

The subtle highlights, on the curvatures, is making the symbol stand out. The drops of blood oozing from the edges adds great detailing to the design. You can ink this tattoo anywhere on the skin.

You can display your love for the Berserk anime by inking this creative tattoo. Here, Guts is portrayed with his sword and the distinctive Brand of sacrifice symbol. The intricate detailing of the figures in black makes it look even more powerful. The graphic image of the curse symbol with drops of blood trickling down accentuates the design. You might want to ink this tattoo on your back or arm to make an impression.

It appears like the curse symbol is carved into the skin of the wearer. Shadowing the edges of the design with black gives it the illusion of being within the body. This stunning tattoo will look great anywhere on the body provided it’s inked with perfection.

If you are looking for a crisp yet impactful tattoo design, you will surely love this one! Here, the brand of sacrifice berserk tattoo is emboldened in black. This might be the best choice if you are getting inked for the first time.

Here, Guts has donned the protective Berserker armour that gives him supernatural strength. It was previously worn by the skull knight, one of the main characters who happens to be an ally of Guts. The wearer of this protective shield is commonly known as Berserker. The vivid detailing of the eye sockets, glowing with a reddish hue, accentuates the design. The symbol is beautifully highlighted with white ink and outlined in red.

These tattoos are surely a hit among anime tattoo lovers! Explore your creativity with the Brand of Sacrifice tattoos from the Berserk series. You can even incorporate other characters from the manga to add depth to your design. Check out our list of suggestions to style your brand of sacrifice tattoo in a different way: