101 Best Doctor Who Tattoo Ideas You’ll Have To See To Believe! 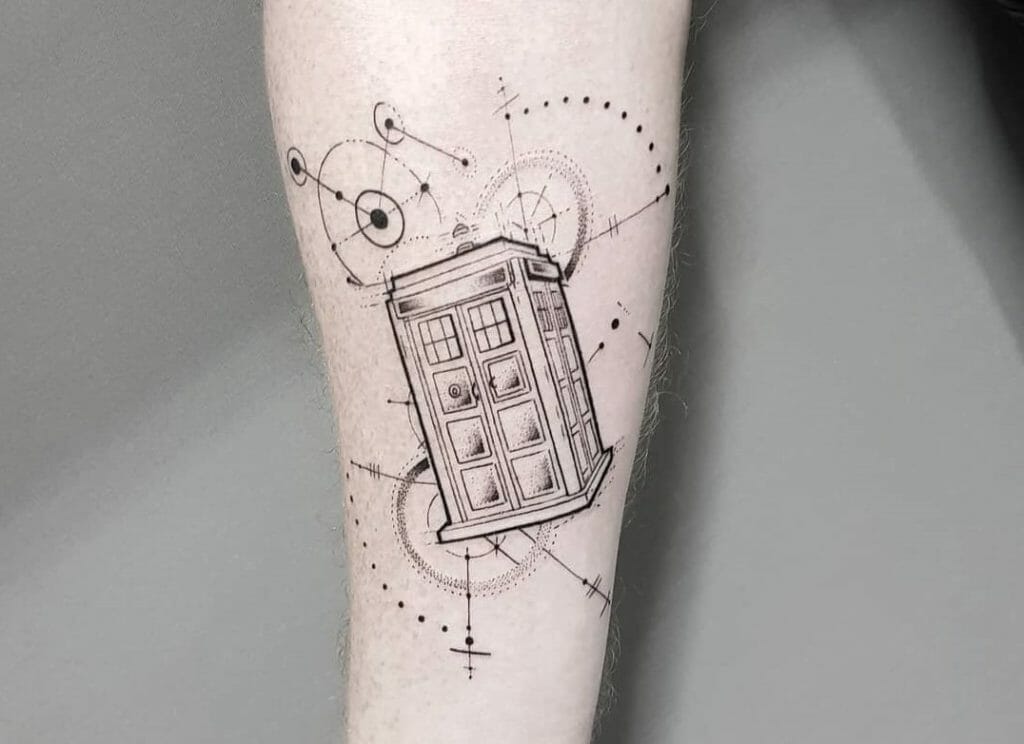 Doctor Who is a science fiction TV series that has become a cult favourite.

The show has been going on for many years now. The classic one was released in 1963 and the remade one in 2005.

However, we are not complaining, as the more time it goes on, the show grows to be more awesome and we love it more. We have come to know of 13 doctors, their companions, and many iconic villains, like the Master, Daleks, Cybermen, the Silents, Slitheens, weeping angels, Vashta Nerada, and more. You can use any character for your Doctor Who tattoo and you’ll be the talk of the fandom instantly. Read on to know and search for your favourite Doctor Who tattoos from the list below.

Doctor Who ‘The Doctor’ Tattoo

Over many years, we have been going through a fantastic journey across time and space with 13 Doctors. Time and again, the Doctor regenerates and makes us fall in love with each and every version. You might have a favourite Doctor and if you’re going for a Doctor Who tattoo, then why not ink your favourite Doctor?

You can have a portrait tattoo of your favourite Doctor, or you can also have one with multiple versions of him, like the picture above. The tattoo in the picture contains fantastic portraits of the 10th, 11th, and the 12th Doctor.

The Doctor is synonymous with the Tardis. The TARDIS is an abbreviation of ‘Time And Relative Dimension In Space’. This big blue police box is what helps the Doctor move throughout the ‘wibbly-wobbly, timey-wimey stuff’. That’s why nothing symbolizes the Doctor better than a Doctor Who Tardis tattoo.

The picture above is of a gorgeous colourful Tardis tattoo which is surrounded by mist and a picturesque view of the space behind the Tardis can be seen.

Any version of the Doctor has never went anywhere without a companion by their sides. The companions have made them empathetic, kept them from being lonely, loved them, helped them, and even risked their lives for the Doctors. That’s why tattoos of the companions will certainly be worth the effort.

The Doctor’s home planet is Gallifrey. However, the Gallifreyan language and alphabet were not made by the show runners. Gallifreyan is not a real language, and it was made by a Whovian, Loren Sherman. Even though Gallifreyan is fan-made, it has taken the world by storm.

You can come up with your favourite quote or word tattoo and translate it to Gallifreyan with a little search in Google and get that Gallifreyan tattoo inked, like the picture above.

There are a few iconic villains in the series who are recurrent. One of them is the Dalek. The Daleks are considered the Doctor’s greatest enemy other than the Master. The fight with Daleks destroyed Gallifrey. If you’re going for a villain tattoo, the best would surely be a Dalek tattoo.

Another one of the iconic recurrent villains other than the Daleks and the Master, is the Cybermen. Cybermen have tried to take over earth in the future, in another dimension, even with the help of Daleks. They have been a formidable foe to the Doctor.

The picture above shows a beautiful tattoo of a modern-era Cybermen. You can have Cybermen tattoos of the design from the 1960s old Doctor Who series.

You can have a tattoo of the weeping angels with their faces covered with hands or when they are in their attacking mode. You can also have one where both sides can be seen, like the picture above.

Just like Tardis has been with the Doctor through time and space for hundreds of years, the Doctor’s sonic screwdriver has also never left their sides. It is the weapon and shield of the Doctors for every problem they run into. That’s why sonic screwdriver tattoos are just as meaningful as other Doctor Who tattoo designs.

The picture above is of the classic sonic screwdriver tattoo in a beautiful watercolour background. You can add other elements to your design.

Over the decades, the show has given us countless beautiful quotes, some inspirational, some philosophical, some romantic, and some full of sorrow. Some words have stuck to our hearts for years, and if you want to get a Doctor Who tattoo, then getting those words inked can be a brilliant idea.

The picture above shows a tattoo of one of the most popular quotes etched on the tattoo of the face of the 11th Doctor. The quote was his, so naturally, the wearer chose his face. You can have your favourite quote tattooed anywhere you want on your body.

Every Doctor has had one or more word catchphrases that they have used numerous times. The 9th Doctor had ‘Fantastic’, the 10th had ‘Allons-y’, ‘Well…’, the 11th had ‘Geronimo’, and all the new-age Doctors had ‘Run’. You could ink your favourite one for your Doctor Who tattoo.

The picture above is of a tattoo of the word ‘Allons-y’, catchphrase of the 10th Doctor. It’s been inked on a background of blue watercolour which we think looks pretty awesome.

As you have learned about some fantastic Doctor Who tattoos, now you can use them to come up with the best design of your own or choose one Dr. Who tattoo from the list itself. However, we still have a few more suggestions. You can use the popular fan-made Gallifreyan alphabets to translate your favourite quote or catchphrase said by the Doctor into a tattoo. You can get a tattoo of the Master or some other villain. You can also go for a creative dog tattoo of K-9, everyone’s beloved robot pet dog. Get your favourite Doctor Who tattoos inked.