16 British Watch Brands You Need To Know About 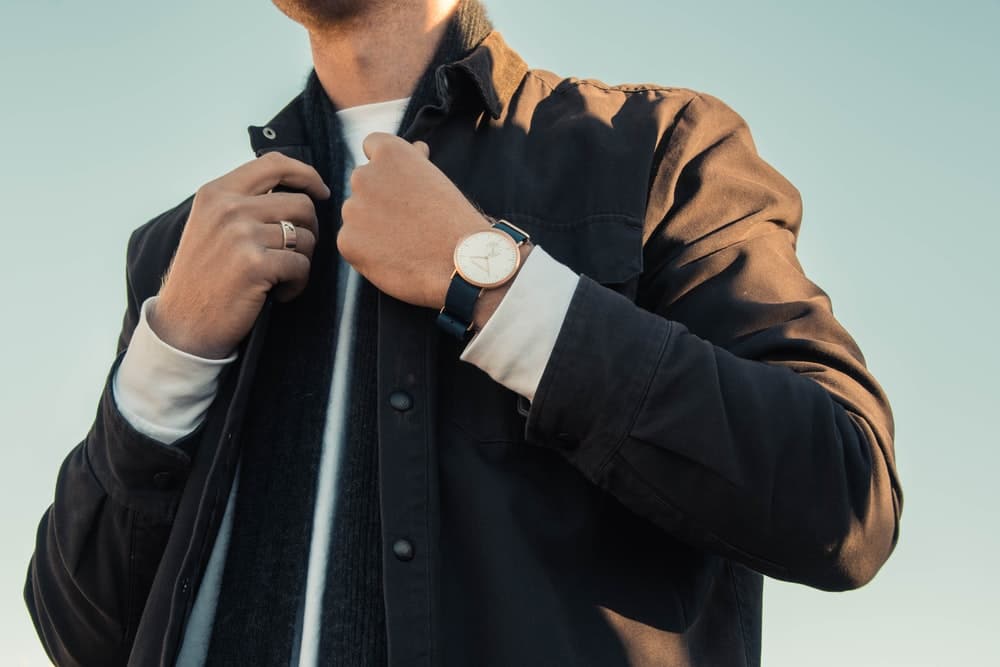 What’s so special about a British watch?

Ask someone which country makes high-quality watches and chances are their mind will immediately jump to Switzerland. However what many people don’t know is that for a long time Britain was at the forefront of horological innovation, with London watchmakers producing sophisticated watches and clocks for customers around the world.

While the British industry saw a slump during the 20th Century, there are plenty of noteworthy brands bringing watchmaking back to the UK. Be it individual craftsmen or well-established companies, Brits are designing fine watches from London to the Isle of Man. It’s time to up your home-grown watch game with our guide to the best British watch brands right now.

Established in 2002, Bremont watches are hand built in limited numbers. Created to withstand extreme conditions such as high altitudes and deep sea depths, nine layers of anti-reflective treatment are applied to each side of the sapphire crystals while special technology is used to make Bremont cases vastly superior in terms of hardness and scratch-resistance. With the intention to regrow the British industry, Bremont watches are designed, manufactured and assembled in England (right down to the handmade leather packaging) and start at around £4,000. When it comes to British watchmaking, Bremont is one of the best British watch brands out there.

Here’s one for the fine watch enthusiasts – and we don’t say that lightly. Roger W Smith established his Isle of Man studio in 2001 after a lifetime of horological passion led him to produce intricate, handmade watches. Smith’s aim is to push the boundaries of mechanical watchmaking and carry on the ethos of discovery that has characterised the British Industry. His unwavering commitment to watchmaking innovation means his watch company handmakes each component and produces just 12 watches a year. With each luxury watch selling for around £250,000, most of us will have to drool over them from afar…

Perhaps one of the most practical British brands, Cabot Watch Company was founded by an ex-navy officer and began producing military watches for British service personnel in the ‘70s. Over the past 50 years, CWC watches have been worn by all branches of HM forces, and continue to be manufactured to military specifications. With a water resistance of up to 200m and an eight-year lithium battery on some models, a watch from CWC will endure extreme conditions and last years for a starting price of £249.

Giles Ellis was unable to find his perfect watch so decided to create it himself. The success of this model launched the brand Schofield Watch Company and has evolved into one of the best UK outfits. In the beginning Schofield watches were manufactured in Germany, but wanting to be able to ensure control over each element, Ellis moved as much of the fabrication back to the UK as possible to produce ‘Made in England’ watches. Starting at £3,180, their watches feature bright, graphic colours and functional designs. The perfect office watch for creatives – if you don’t know about this watch brand go check them out now.

Formed by designer Piers Berry, Pinion has been producing sophisticated timepieces from the tranquility of South Oxfordshire since 2013. Having trained as a graphic designer, Berry creates pared-back and bold timepieces. Now the company is a worldwide brand and while the parts are manufactured in Switzerland and Germany, the watch assembly is completed in Lancashire. This is the best British brand in terms of value for money, with watches in their ‘Atom’ range retailing at £990.

If you equate age with quality, you’ll be pleased to hear that the Loomes brand dates back to the 1650s, when they were the largest firm of watchmakers in London. What really sets Loomes apart is their success at being the first company to entirely design, manufacture and assemble their watches in 21st Century Britain. If you want a true British timepiece, you can’t go wrong with a Loomes & Co watch.

Describing their watches as made for purists, with uncomplicated designs, Garrick are at the forefront of English watch brands. The real beauty of a Garrick watch lies in the exposed bridge and skeleton design, meaning you can truly appreciate the inner craftsmanship of your timepiece – having put so much care and attention into crafting the mechanism, why would you want to cover it up? A higher-end watch from this brand is an investment piece at £28,995 (or more for their bespoke commissions), but they have some more affordable options at £2,520 that are still utterly impressive.

Fancy wearing a piece of history on your wrist? Vertex was one of WWII’s ‘Dirty Dozen’ – 12 watch companies chosen to create specialist designs for military use. The company has been creating watches in some form since 1912 and was revived in 2016 to become a firm favourite amongst British watch brand enthusiasts. If you want a durable yet exciting watch to see you through upcoming adventures, it’s best to get your hands on a Vertex watch with nato strap.

Here’s one to make you smile. Mr Jones are a small, creative company that have said goodbye to the rules of watchmaking and are king amongst London watch brands. Understanding that everyone now uses the clock on their phone instead of wearing a timepiece, the team have been inspired to design playful and comic watches that are freed from the strict functionality of other brands. From a giant squid that shows the time with moving tentacles, to a summery pool scene complete with rubber duck minute hand, their watches are the best way to bring some fun to your outfit. Retailing between £175-£295 there’s no reason not to nab a Mr Jones watch.

British designed but Swiss made, Christopher Ward is the go-to brand if you like to have plenty of options when it comes to choosing a watch. Taking inspiration from British music, art and design – we are, afterall, home to British powerhouses like the Sex Pistols, Rolling Stones and Vivienne Westwood – Christopher Ward has obsessed over every detail. Starting around £395 for a simple watch and rising to £2,995 for their more high-end models, there’s a Chrisopher Ward watch out there to suit everyone.

For extreme sport enthusiasts, Elliot Brown has become the best watch brand for watches that will endure all elements. With collaborations for the RNLI, Mountain Rescue and the Armed Forces to name a few, Elliot Brown is a watch that won’t fail you. Every model has complete water protection, shock resistance, and are strengthened with weapons grade materials. They’re so durable the company strapped one of their watches to a racing yacht and sent it around the world for a year. From £262 up to about £500, Elliot Brown watches are a steal.

If you need proof that this is a quintessentially British watch brand, you’ll be interested to hear that Winston Churchill’s first watch was a Dent. Established in 1814, the company has been making clocks and watches in the UK for hundreds of years. We particularly like their Big Ben watch (inspired by the world-loved London landmark, of course), and with a Dent timepiece you can wear a little part of Britain on your wrist. Their striking designs come in limited runs, though you can currently buy a used model for £9,000 on ebay.

It’s not just England pushing the boundaries of British watchmaking innovation. Glasgow has long been an epicentre of art and design, and Scottish brand Anordain are keeping the creative tradition going. The multidisciplinary company of ten designs and manufactures their watches under one roof. The enamelling techniques they use on their dials mean each piece is different and requires the skill and delicacy of their master watchmaker to assemble. No wonder then that only two to four timepieces are assembled each day. For £1,200 this is an excellently priced watch.

These handmade Wessex watches for men and women are a tribute to the craftsmanship that should characterise a British company. Created to order, their intricate dials in solid silver are a wonder to behold, while each luxury watch is engraved and hand-painted in their artisan watchmaker’s workshop. Starting at £3,750 this company produces the perfect English watches to mark special occasions.

Established in 1710 by Christopher Pinchbeck, this premium British watch company is still managed by the Pinchbeck family. It’s no wonder then that three hundred years later the brand continues to produce high-quality, handmade British watches of the finest calibre. Apart from the Swiss movements, each part is made in the UK including the 18 carat inset caseback, which can be engraved for you. At £4,999, owning a Pinchbeck watch is something to aspire to.

Now Swiss made, Arnold and Son is carrying on the legacy of its English 18th century roots and deserves a mention when it comes to British brand watches. With striking artistic designs and playful watchfaces, an Arnold and Son watch will make you the envy of all your friends. We particularly like their perpetual moon and skeleton models which are like small works of art.