101 Best Muay Thai Tattoo Ideas That Will Blow Your Mind! 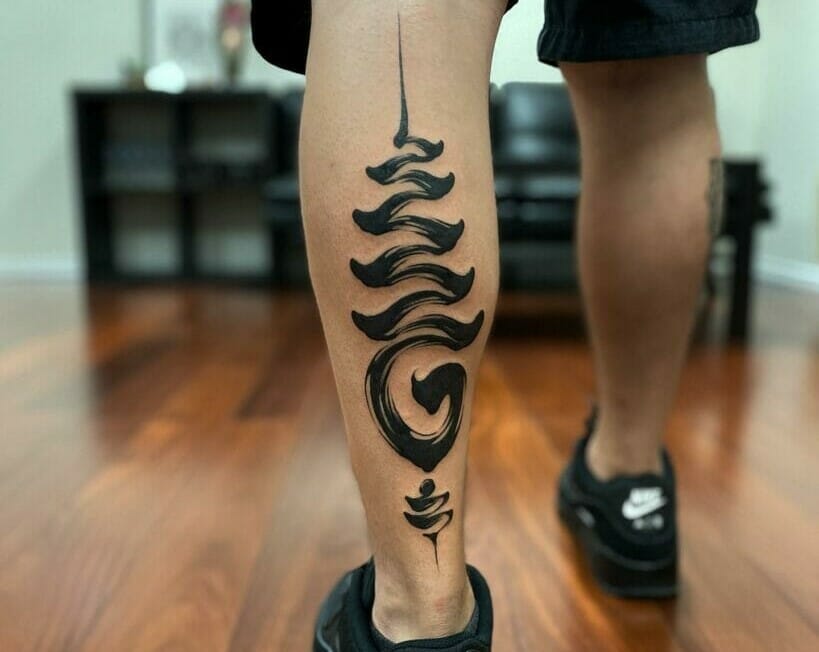 Are you in search of a ravishing Muay Thai tattoo? Here we have hand-picked the best available Muay Thai designs for all of you!

Sak Yant tattoos are generally found on the body of Muay fighters; therefore, they are termed Muay Thai tattoos. This Thai tattoo style has become quite popular in the West.

The term Sak Yant has been coined from the Sanskrit word Yantra which means a mystical picture that is used to keep negative energies away and helps to meditate as well. Sak Yant tattoos are prevailing for a very long time, but modern tattoos can be traced back to the reign of the Khmer empire. These tattoo designs consist of mythical Buddhist characters and gods, Hindu-Buddhist scripture, and Ruesi geometrical patterns.

If you are willing to get yourself inked with an eye-catching Muay Thai tattoo, then we have exclusively selected the most alluring design for both men and women. We are sure that you guys will surely love these designs.

Muay Thai is commonly referred to as Thai boxing. This is one of the famous forms of martial arts. It is also referred to as the ‘Art of Eight Limbs’. This form of martial art became famous in Western countries only in the 20th and 21st centuries. There is a popular movie named Muay Thai Fighter that got a theatrical release in 2007. A Muay Thai Fighter is a decent tattoo design for men who are willing to display their strength and power and can get themselves inked with this design.

In this body art, the tattoo artist has inked the fighter right on the upper arm. These Muay Thai fighter tattoos that symbolize strength are also popular in western countries. The fighter is a muscular man who is wearing his sports attire and is in a martial posture. The face of this fight is covered by both of his hands. The tattoo has been made with the help of a black shade. There are a few tints of white ink as well in this tattoo design.

Sak Yant tattoo designs have various designs. One of these designs is the Unalome design. This tattoo is a symbol of an unwavering path that leads toward enlightenment. It also represents the tragedies a person or a Buddhist monk has to face in life to attain enlightenment. In Buddhism, this is the path of life.

In this Sak Yant tattoo design, the tattooist has inked the design on the lower arm portion. The design has been inked with bold curves and lines with the usage of black ink. The lower part of this symbol has a round structure. And the upper structure of this symbol has numerous curves showing the difficulties one has to face.

Lower leg tattoos are quite famous among both males as well as females. Here is a leg Unalome tattoo. According to Buddhist monks, the unalome symbol represents human life struggle. So in this tattoo design, the tattoo artist has inked a bigger version of the Unalome sign.

The tattooist has shaded the figure with a dark maroon shade to give it a realistic effect. He is wearing shorts with golden borders and has a headband around his forehead. Just above the headgear, two small red horns are protruding out from his forehead. Both his hands and legs are covered with protective gears. The placement of this tattoo is right at the center of the lower forearm. Suppose you are looking for a unique design. Then this is the perfect match for you.

Muay Thai or Sak Yant tattoos consist of various designs. Each design is unique to the other and has its meaning. In this back tattoo, the tattooist has made a compilation of many Sak Yant tattoo designs, which have unique meanings.

It is the center of the universe, according to Buddhism and Hinduism. Just below it, there is the Paed Tidt or the 8 spikes. It is the symbol of the 8-fold path that Lord Buddha preached. It is also a defense against negative energy and dangers that might come from 8 different directions. On both sides, the tattooist has inked Ha Taew designs. And at the lowest most part, there is the Seuu Khood or the Twin Tigers. These two tigers are quite popular in western countries. The tattoo has various elements with various meanings, so this design will attract positive energy in your life. Moreover, it will look ravishing with any outfit.

Sak Yant art has strong connections with Hinduism and Buddhism. There are various sacred designs, one of which is a divine ape or monkey. This monkey god is also known as Hanuman. He is one of the main characters of the famous epic Ramayana. He is the symbol of divine power and strength. This tattoo design is also a symbol of protection from injuries and foes. This tattoo also attracts success.

The tattooist used the chest’s center to ink the piece in this tattoo. In this design, Hanuman has a quite fierce and howling face. Along with that, he has eight hands. Each hand is holding a different kind of divine weapon. The entire tattoo has been inked with the usage of black ink.

Many people out there prefer small and simple tattoos over bigger ones. Finger tattoos are the best available small tattoos in the tattooing industry. The popularity of finger tattoos is growing enormously among the younger generations.

So here is a cool Muay Thai finger tattoo design for you guys. On the top lower portion of each finger, the tattooist has inked a letter of the phrase ‘Muay Thai.’ The alphabet is written in bold capital letters. This entire tattoo has been inked with black ink.

One more famous Muay Thai tattoo designs is the elephant god. The elephant god is popularly known as Ganesha in Hindu culture. He is the God who is associated with wealth and success.

This is one of the most demanded Sak Yant tattoo designs. In this tattoo, the artist has inked this god’s face right on the back. The god looks exactly like an elephant. Therefore, he has a long trunk. Along with it, he has two big ears and teeth. The entire face has been covered with scripture and designs. This tattoo design will look ravishing on both males and females.

Royal Chicken, also known as Sak Yant Kai Fah, is one more famous Sak Yant tattoo. This tattoo design is a symbol of perfect beauty and love. Here the tattooist has inked this body art on the back. The bird is flying with its long and ravishing wings and tail. The bird is surrounded by many Thai scriptures.

This article has included the most famous Muay Thai and Sak Yant tattoos. But there are other Sak Yant designs which we were unable to include in this primary list. Hence, here is a small list of tattoos that includes more ravishing tattoo ideas. Make sure that you have checked this list of tattoos as well.

What is a muay thai tattoo?

Muay Thai tattoos are a type of tattoo originating in Thailand that represent loyalty and respect for the sport of Muay Thai boxing. They often feature traditional symbols such as tigers, dragons, or the yantra symbol, which is a Buddhist inscription believed to be used for protection from physical harm. The tattoos are usually quite colorful and often involve intricate designs with a lot of detailed shading. They are also often worn as a sign of respect and admiration by Muay Thai fighters, trainers, and fans alike.

How are muay thai tattoos traditionally made?

Muay Thai tattoos are traditionally made by hand using a stick and hammer technique. During this process, the tattoo artist taps a small needle into the skin in order to create the design. This method of tattooing is quite painful and time consuming, so it’s important that the person receiving the tattoo is sure they really want it before committing.

Yes, muay thai tattoos can be quite painful due to the traditional hand-tapping method. However, there are several ways to minimize the pain involved in getting a tattoo, such as taking OTC pain relievers or numbing creams beforehand. It’s also important to choose an experienced and reputable artist who knows how to properly apply the tattoo to avoid further discomfort. Additionally, many people find that the pain of muay thai tattoos is worth it in order to show their loyalty and respect for the sport they love.

How much do muay thai tattoos cost?

The cost of muay thai tattoos will vary depending on the size, complexity, and location of the tattoo. Generally speaking, larger or more intricate designs may cost more. Additionally, tattoos in sensitive areas such as the face or neck may be more expensive than those elsewhere on the body. However, it’s important to consider both quality and pricing when selecting an artist, as cheaper prices may result in lower quality work. Prices will also depend on the country or region where the tattoo is being done, so it’s important to research local artists and compare their rates before deciding.