101 Best Thai Tattoo Ideas You Have To See To Believe! 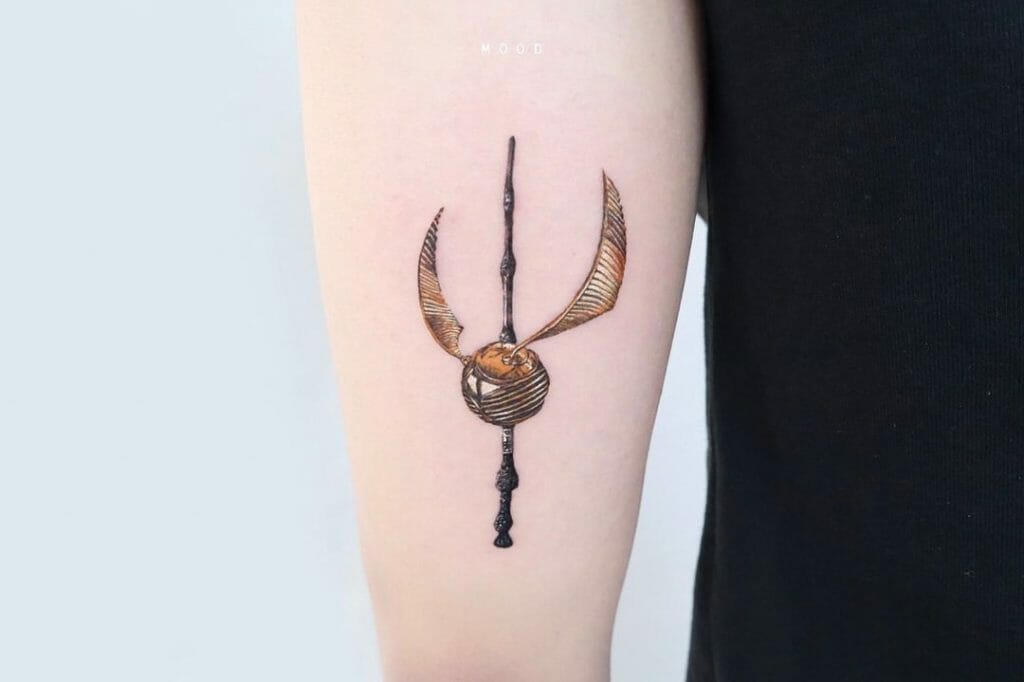 If you are looking to ward off evil spirits, then this collection of ten unique Thai tattoos is what you should be looking into! Explore these beauties in this curation.

For the people of Thailand, unlike other countries or cultures, tattoos are sacred.

The exquisite and vibrant culture of Thailand has pioneered some of the most amazing tattoo designs for the world to contend with. These traditional Thai tattoos are known as Sak Yant or Traditional Sak Yant Tattoos.

Thai tattoos are preeminent, legendary, and widely recognized around the globe. Sak Yant Tattoos are symbolic and represent a lot of traditional Thai intentions and values. While Thai Tattoos have unique and popular designs for people to choose from, it is important for one to understand the culture and symbolism behind these markings choosing from the collection of some of the most popular Sak Yant Tattoos or Thai Tattoos listed below.

The word Sak Yant holds a meaning among the Thai people, the word Sak translates to “to tattoo” and the word Yant is derived from the Sanskrit word “Yantra”, the literal translation of which means “contraption”.

These Thai tattoos are jabbed with bamboo needles, a traditional way of etching the traditional markings or Yantras as they are referred to. These Sak Yant designs are created by Buddhist monks. However, these tattoos are not just given away or can be etched as regular designs. A Buddhist monk takes years to become a Sak Yant master and they are the only ones who can tell you the conformance of a Sak Yant for you.

A Thai Tattoo or a Sak Yant Tattoo holds many rules known as Sak Yant rules. A Sak Yant master will tell you about the placement of your tattoo and offers to bless while traditionally using bamboo needles to etch the said Sak Yant design.

A Sak Yant Tattoo might have been popular in its own glorified beauty but it further gained popularity when the renowned Hollywood actress Angelina Jolie was seen getting a traditional Thai Sak Yant and the popularity of Sak Yants went far beyond Thailand and its tourists or even the Muay Thai Fighters.

The Sak Yants also have other meanings and hold a variety of symbolism including luck, wealth, health, success, strength, and much more. People consider a Sak Yant to be magical and therefore are referred to as a “magic tattoo”.

Each individual Sak Yant tattoo or sacred tattoo (as they are regarded) have their own unique qualities and resemble unique meanings and symbols. However, some of these Sak Yant has similar designs Read on to find out some of the most popular designs that people from all over the world typically prefer, including the people of Thailand.

The Hah Taew consists of five lines of the script which are believed to be the blessings that are poured upon the receiver of the Hah Taew Tattoo.

This Sak Yant originated in Chiang Mai around seven hundred years ago. It is believed that this piece of art drives away bad or unwanted spirits, black magic and instead brings good fortune for the receiver of the tattoo.

Not only that, it is said that the Hah Taew Tattoo also builds a charming personality and gains attraction from the opposite sex. Ideally, this Sak Yant is tattooed on the back.

The Buddha Nine Peaks Or The Gao Yord Sak Yant

The Buddha Peak or the Nine Peaks in English, the Gao Yord in Thai, is one of the most popular and most sacred Sak Yant among all the Sak Yants.

This tattoo is a representation of Mount Meru and its Nine Peaks (The Mountain of Gods). Three ovals are stacked on top of each peak and are said to represent Budhha. The shape of the mountain is considered as a spell that is cast on the receiver of this Yant ensuring their safety and bringing in love and kindness to their lives.

The Sak Yant is usually etched on the back, however, they are also accommodated in places like the wrist and forearm.

The 8 Direction Or The Paed Tidt Sak Yant

The Paed Tidt tattoo has a circular shape and includes two rings that represent the mantras or the blessings and also includes the eight buddhas and eight unalomes. The Paed Tidt gives the receiver of this Yant protection from all evil, irrespective of the directions they take, and allows the receiver to draw good luck from all directions.

If you are familiar with the Eightfold Path of Buddha then this Sak Yant will make more sense than any other Sak Yant. The people of Thailand believe in its power to ward off any kind of negativity.

They are ideally placed on the back or on the forearm.

The White Magician Monkey Or The Hanuman Sak Yant

The magical powers of the Hanuman Sak Yant place its belief on the God of Monkeys “Hanuman” who made his first appearance in the epic Ramayana which was written by Ramayana. Hanuman is known for his strength, his power, and his immense wit, and therefore, it is largely popular among the Muay Thai Fighters.

If you are into martial arts or have found your devotion for Lord Hanuman, then this Sak Yant will definitely appeal to you.

The Twin Tiger Sak Yant Or The Suea Koo

These twin tigers are the representation of universal powers and make the receiver of this Yant strong and fearless. It is said that the blessings showered upon receiving this Sak Yant, the receiver can overcome all dangers and avoid their enemies.

This Sak Yant is also known as a Muay Thai Tatoo. It is a favourite Thai tattoo design among entrepreneurs and represents their authority, strength, and power.

Such Thai tattoos are usually placed on lower backs while some take up the entire back for larger coverage.

The Leaping Tiger Or The Suea Phen Sak Yant

The receiver of this tattoo or Yant is said to be immortal. However, the western world or even the people of Thailand from the current generation believe that the leaping tiger is the representation of avoiding problems and dangers. The tiger leaps and bounds to avoid trouble or any sort of danger, this Yant is similar to that.

The Yant is usually placed on the forearm and is ideal for those who are into the particular design of the animal Sak Yants.

This Sak Yant Tattoo is an extension of the Gao Yord tattoo. A Sak Yant master etches this tattoo on those who want to represent or pay homage to their invulnerability and it is said that the blessings showered on the receiver of the tattoo bring them protection. The tattoo is on the larger side and therefore mostly placed on the upper back.

Yantra Tattoos, like this Jorakhae Alligator Thai tattoo, are representations of power and signify immense strength therefore it is a favourable design among professionals who are in professions of danger like policemen or firefighters.

It is believed that this Sak Yant provides protection against harmful objects like blades or swords or any other object that can cause harm to the skin.

This Sak Yant Tattoo is said to bring wealth and prosperity to the receiver of the Yant. Lord Ganesh is known as the God of Success and Art in the Hindu culture and therefore is a symbol of such good luck for the receiver. Such a blessed tattoo can be received by people who are looking to fulfil their wishes.

The Thai word Namahasamred is another yantra tattoo. The meaning of the word Namahasamred is a massive success so, it speaks for itself as to what this Thai tattoo represents. People who are seeking success in their endeavours are given this Sak Yant by a Sak Yant master. It is also said to drive away a bad fortune for the receiver of the Yant.

The beautiful and rich history behind the Sak Yant and the profound meaning of these various designs are some of the best things in the community of tattoo and art. Each of the Sak Yants holds a different meaning, stunning to look at and widely recognized. However, if you are not familiar with Sak Yants, it is advised that you do further research before yantra tattooing your skin.

Meanwhile, here are some more Sak Yant designs that will definitely tickle your fancy:

What is a Thai Tattoo?

A Thai tattoo is a traditional form of body art originating in Thailand. It is also known as Sak Yant, which translates to “tattoo with magical incantation.” These tattoos are typically composed of intricate designs and religious symbology that have been adopted from Buddhist, Hindu and animist beliefs within Thai culture. Traditionally, these tattoos were done by applying a wooden needle or metal knife with ink and then tapping it into the skin, creating an indelible mark. Today, however, modern technology has made these tattoos more accessible to those wishing to receive them. The designs of Thai tattoo can range from simple geometric patterns to elaborate depictions of animals and deities. They are often associated with good luck and protection, as well as a deep spiritual connection to the wearer.

What is the history of Thai Tattoos?

The history of Thai tattoos dates back to the Ayutthaya period, which began in 1350 and lasted until 1767. During this time, it was believed that tattoos were a sign of spiritual protection from spirits or bad luck. It is also said that traditional Thai tattoo masters had the ability to craft magical and spiritual symbols into the skin of the wearer, which were intended to bring good luck and protection in difficult times.

What are some popular Thai Tattoo designs?

Some of the most popular Thai tattoo designs include tigers, dragons, Buddhas, yantras (magical diagrams), geometrical patterns and spiritual symbols. Tigers are a very popular design because they are believed to protect against danger and bad luck. Dragons also represent protection and power. Buddhist symbols such as the Buddha’s eyes or Om Mani Padme Hum, which is a mantra invoking the power of compassion and love, are also popular designs. Yantras are diagrams made up of geometric shapes and symbols believed to bring strength and protection to the wearer.