10 Best Moana Tattoo Ideas That Will Blow Your Mind! 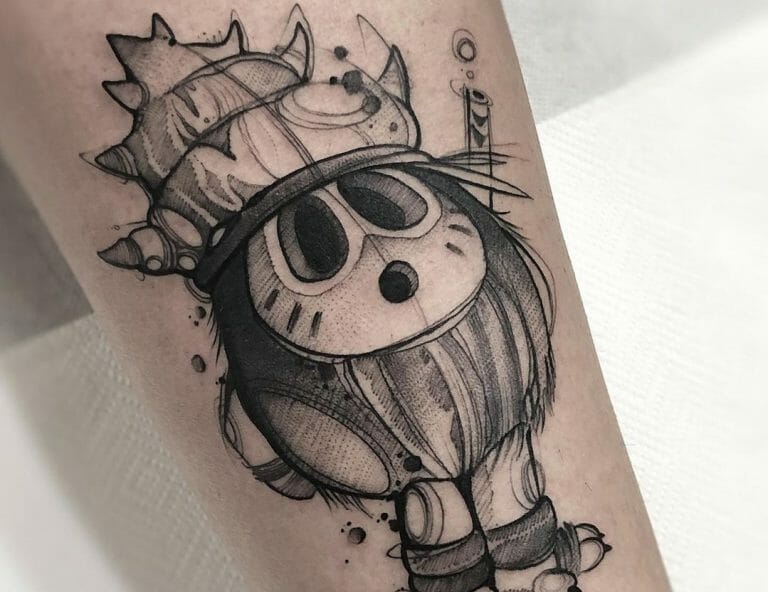 Always wanted to get a Disney themed tattoo? Well then, explore these Moana tattoos to your heart’s content to get some inking inspiration!

Disney creates a magical wonderland, and a part of that is Moana.

It has been a long time since Disney diversified on their list of princesses. Finally, we see more coloured women representation after Lilo, Pocahontas and Princess Tiana.

After all the Disney princesses, we finally have a tribal chief’s daughter, who takes the role of chieftainship upon herself. Except for the little help from Maui, Moana actively follows her heart and creates her destiny. She is no damsel in distress and does not ask for the help of any prince. If you are also smitten by her charms, these Moana tattoo ideas are worth checking out.

Now we know, grandma Tala did not choose the wrong tattoo after all. Notice the gorgeous stingray with the Polynesian style tattoos all over its body? Yes, that is grandma Tala. Surrounding her, more stingrays are swimming in the ocean in the background. She is the most noticeable in the tattoo. In the film, she came to help Moana when she was in distress, in her stingray form. Contrasting the bold black work, a bright blue is present in the tattoo, which no doubt, represents the ocean.

This feels like a Chinese box effect in a tattoo. Here we have a half sleeve tattoo. The tattoo seems to be predominantly about Maui, with the shapeshifter smiling brightly. Below that face, the demigod and Moana are tattooed as tiny figures, riding the waves on the little boat with Pua the pig. Mini Maui holds his magical fish hook in one hand, as both hold on to the sails. The effect on this tattoo is very realistic, as far as staying true to the animation goes. Did you know that this cheeky character was voiced by none other than Dwayne Johnson? The shading is deftly used to nail those facial features.

This will be great for those who like to keep things a bit low-key. Instead of any faces of the characters tattooed all over your legs or arms, we have a tiny idea to represent the same admiration. The tattoo is small enough to fit almost anywhere on your body. Even then, the side profile of Moana can be distinguished clearly leaning from her boat. A simple swatch of blue is made to look like the waves of the sea, combining different shades to give a bit of depth to the tattoo.

Here we have Disney’s Moana with a lot of other playmates from various movies. We can see Pascal from Tangled taking a liking to anybody other than Rapunzel for the first time. This interesting piece even suffices for Stitch tattoo ideas, with Stitch on top of her head. If you pay more attention, you can also find elements from Toy Story. Little Moana is wearing a pretty shell necklace and is holding a conch shell in her hand. The tattoo is intentionally created to look like it was drawn and painted with watercolours.

With a few images, this tattoo evokes the entire movie within the lower half of the arm. Here we see Te Fiti, the Goddess of life with her heart restored, and her alter ego, Te Ka, the demon of lava and earth when her heart was stolen from her. The ink on this piece of art is vibrant, to say the least. The green against the red work well together. At the bottom, the giant crab Tamatoa can be seen, with all his shiny glory. Below him, cutie Pua makes an appearance. To get the accuracy with the stencil design, you should go for the best among the best tattoo artists.

The seashell is a central motif to the movie. If Moana did not follow the seashell, her journey may have never begun. In the last scene, this very same seashell becomes the rock she adds as a tribal Chief. Seashell tattoos, in general, symbolise protection, which fits right in with the rest of the film, as Moana is meant to protect her people. Every detail on the piece breathes life into the tattoo. This is a unique way to pay tribute to your favourite character, which can only be understood by a true fan.

The iconic duo Pua and Heihei. Who can forget these adorable little things right? In a very Heihei manner, the tattoo has the rooster sitting on top of the piglet’s head. The line art tattoo is drawn in a comic-book style. Pua is seen looking up at the rooster with a cute little smile. Even though Heihei looks out of it, we now know, there is a little more than meets the eyes about Heihei.

Instead of focusing on her face, the tattoo allows our imagination to create one. The figure obviously, is based on Moana. The mostly black and white sketch tattoo shows Moana with her hair flown back because of the wind. To add a splash of colour, a watercolour effect is created with blue and red which indicate the ocean and the lava in the movie, both of which Moana had to conquer to gain her honour.

This is a defining moment in the movie. Moana tries to see the truth behind the big intimidating exterior of Te Ka. We dare say you should book your appointment ahead of time. Such an elaborate and colourful design might even take more than a day to complete. Te Ka here reaches out for her heart, while Moana holds it for her, without flinching.

Mini Maui with the fish hook is seen as a genie coming out of a lamp. The lamp, of course, is from Aladdin. The top of the golden staff is designed like Shrek’s ears with a hint of green. Even the painting from Lion King can be found in the staff. The tattoo puts a unique twist on the idea of combining various movies for fans.

Let the child inside you dream and declare your love for Disney tattoos. Does the ocean call you too? To jog your memory, we have some more Moana tattoo ideas to add to the list: