10 Best Loki Tattoo Ideas You Have To See To Believe! 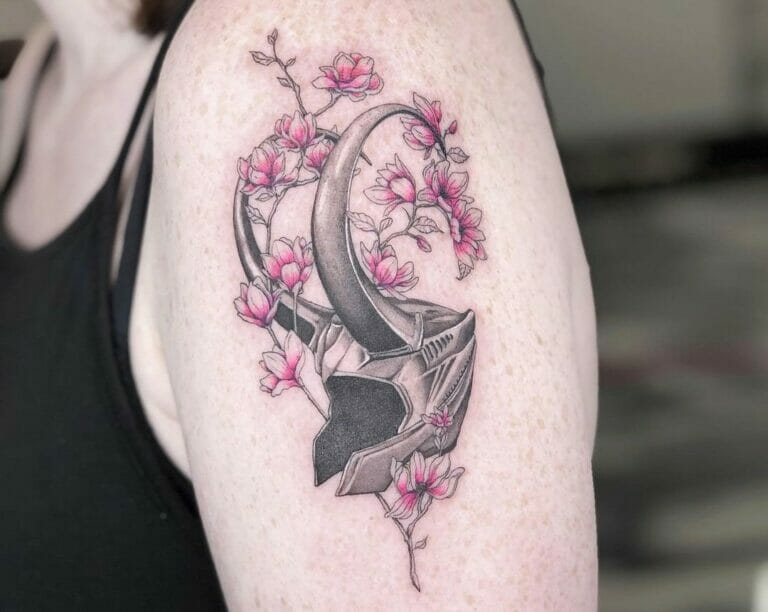 Are you a fan of the Norse God Loki or a fan of Marvel comics? Here are the 10 best Loki tattoos that you should definitely check out.

Did you cry when Loki said, “I assure you, brother, the sun will shine on us again.” or did you feel his pain when he said, “I never wanted the throne, I only ever wanted to be your equal.”

Loki is named the God of Mischief, for his love of chaos and the way he uses his charm and appeal to wreak havoc.

Well, Loki was a powerful cunning trickster who has excellent shapeshifting abilities, which he uses for his mischievous activities. In reality, he was the rightful king of Jotunheim, but destiny was not on his side. Neither he got rights for being the king of Asgard. Loki is known for his sharp, strategic mind and cunning personality and is a favourite villain turned martyr among Marvel fans. You can get a Loki themed tattoo to as a tribute to this rightful Prince of Asgard or to highlight the mischief and playfulness in you. For Marvel fan’s, it’s common to pair a Tom Hiddleston Loki tattoo with a Captain America tattoo.

Here you can find some cool and cute Loki tattoo designs, for all Marvel fans, to help you bring your inner Loki to life. So, if you want to carry your love of Tom Hiddleston, or experience this chaotic character, you can work with experienced tattoo artists and personalise these tattoos for yourself.

Loki’s fanbase comes from the comic book stories of Loki as well as movie character. In the Marvel movie series, the character of Loki was played by the famous British actor, Tom Hiddleston. As you can see, this tattoo isn’t showing Loki’s evil side. In this tattoo, he is looking so charming, probably because of Tom and his polite attitude. Loki is wearing a green suit and a golden horned helmet, this tattoo is a masterpiece. If you are a fan of Tom Hiddleston’s portrayal of Marvel‘s Loki, then this is the perfect tattoo for you.

This tattoo os Loki characterised as a dog is probably the cutest dog tattoo ever! The dog in this tattoo is inked in all black and he is wearing a golden helmet and green armour. Look how adorably he holds the scepter, wearing the golden horns. This a popular tattoo choice among dog parents who are also Loki fans. The ideal site to place such Loki tattoos are the arms and legs, or any place with a large canvas.

This tattoo combines two popular worlds in the cartoon, comic genre, one being Pokemon and the other is the Marvel Universe. This totodile Loki holding the sceptre and skipping about is a cheerful, childlike representation of Loki. Tattoo artists can use electric, aqua blue to highlight this fictional, yet friendly nature of the tattoo, as shown in the image. A similar blue surrounds the sceptre, depicting its magical powers. You can ink this totodile Loki tattoo on your ankle or even the wrist and forearm. If you want to find light-hearted Loki tattoos, this amazing Totodile-Loki tattoo is the way to go!

Everyone knows the mischiefs of Loki, and how many times he has tried to kill Thor. But in the end, the two have a complicated, yet loving relationship. They might not be real brothers, but were brought up equally by their mother, who is the main reason they remain united through the years of ups and downs. With strokes of bright blue and yellow-green, this tattoo depicts both brother constantly locking horns with one other. It also shows the colorful life moments that Thor and Loki experience in small, isolated instances. This Loki tattoo shows that even though Thor and Loki’s personalities are polar opposites of each other, they love each other. If you are a fan of this dynamic, brother duo, this tattoo would be a great choice for you.

If you are looking for an adorable Loki tattoo, this miniature, animated interpretation of Loki is the way to go. This full-portrait tattoo of Loki shows him wearing green armour, matching green eyes, and jet black hair. The magic around Loki’s horns and the sceptre is shown in fiery-orange ink and crayon-like texture. This a steel Loki tattoo, with all his evil and mischief packed and shrunk into a smaller Loki, masked behind the cuteness.

This is an elegant yet powerful portrayal of Loki’s helmet! This Loki tattoo has long golden horns surrounded with bright, green flowers and red flowers. The shining bright golden horns of Loki are one of the most admirable things about him. The green flower mirrors Loki’s affiliation with the colour green, the same as his eyes and armour. With the help of talented tattoo artists, you can mirror the rich colours and floral design of this Loki tattoo to create a royal.

This is one Loki variant the Marvel universe (and your tattoo sleeve) would love to have. This is one of the most adorable Loki tattoos that’s bound to delight any Marvel fans who see it. This Loki tattoo shows him as a little brown, mouse with a pink tail. The mouse Loki is looking up with eager eyes and the “armour” is a small, green cape around his neck. It looks like Loki is trying to hide his mischiefs behind the cute little face of a mouse. What’s more, is that there’s a tiny gold helmet to match the mouse head. As this mini Loki seems harmless and innocent, it’s a different take on this dynamic character. If you want to experience carrying little Loki in your pocket, this is the tattoo design for you.

This is an elegant tattoo design of Loki’s helmet and his dagger decorated with leaves wrapped around. With dot work shading and thick, black outlines, this tattoo adds a metallic shine to the dagger and the helmet. The sparkles around the helmet also add to this shining effect. This tattoo gracefully covers the entire forearm.

If you are a fan of the Norse Mythology Loki, then this is one of the best Loki tattoos for you. This Loki tattoo id quite raw and shows Loki’s authentic self without any element of the Marvel Inc. Loki has grave eyes, and thick, wild hair, Loki’s personality solely based on Norse Mythology. Loki’s lips are tied shut with a string stitched through and there are little skeletons right below him, depicting the dead he has left behind under his wrath. With all these elements showing Loki’s dark side, you will love to flaunt this deadly norse Loki tattoo.

The Punishment Of Loki Tattoo

The painting that inspired this tattoo is by James Doyle Penrose, named ‘The Punishment of Loki’. As you can see in this tattoo, Loki is shown as a snake punishing the man for a crime that was probably not his fault. This tattoo is a wonderful symbolism of Loki norse god without actually including him.

If you want to find more inspiration for your next Loki symbol tattoo, you may also check out