10 Best Insect Tattoo Ideas That Will Blow Your Mind! 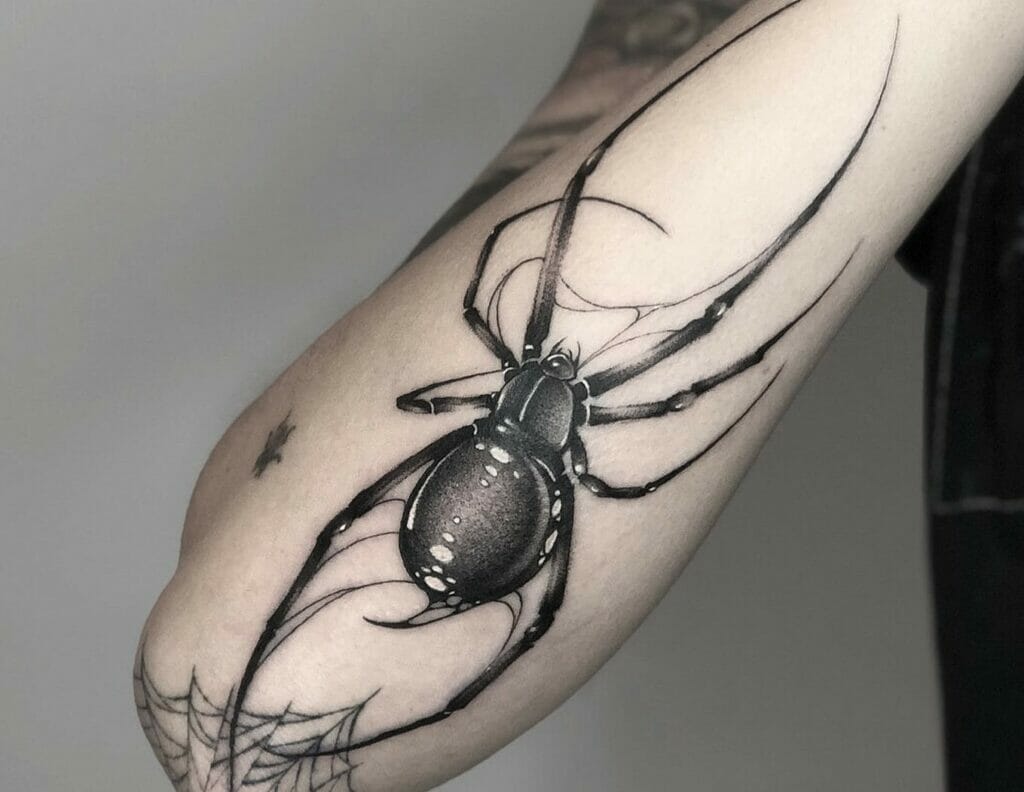 If you are looking for insect tattoo ideas for yourself, then check out these top 10 insect tattoo designs. Take a pick for your next tattoo session.

Insect tattoos present a creative challenge of tattooing and work as a test to test the tattoo artist’s patience and skill.

As compared to animals or flowers, tattoos of buds and spiders in the world of tattoo art are, of course, less common. However, these tiny creatures nonetheless carry no less room for the realization of unusual ideas than animals.

Choosing the right design and theme for such a tattoo is no easy task because there are thousands of options as well as a variety of styles to choose from. People often get inked with insect tattoos on their bodies as they tend to associate the qualities of that particular insect and even the insect tattoo meaning with themselves, or simply just from their love towards insects. There are hundreds and millions of insects in the entire world, each of which carries specific meanings and looks great when they are tattooed properly by the right tattoo artist.

Butterflies are beautiful insects and fly with a kind of grace that only a butterfly can. The butterfly tattoo is an extremely popular choice for tattoos, and the reasons for it are quite obvious to us now. The butterfly tattoo is something that you will see on people of various age groups, be it 18 or 60. It also symbolizes the different as well as the difficult stages of life. Butterflies are the undisputed leaders among all other insect tattoos. People who get butterfly tattoos inked on their body to represent the same kind of beauty and grace. In the Christian culture, the butterfly is a symbolic representation of resurrection.

Butterflies are considered to be an ideal example of natural beauty. Among all other things, it is a symbolic representation of rebirth, gracefulness, transformation through different stages of life, lightness, and freedom. The meaning of a butterfly tattoo goes well with a feminine character but can also be tried out by men, as it has powerful and deep representations of life, change, hope, and also endurance. This multicolored winged beauty has also attracted many artists and poets for a long period.

Thus, if you, too, are fond of insect tattoos and want to get one of them inked on yourself, you can try out this beautiful butterfly tattoo on your collarbone. However, you can also get this tattoo done on any other part of your body, as the collar bone or the shoulder blade area can be a bit painful for getting any tattoo done as compared to any other body part.

The insect bee is considered to be an ideal example of loyalty. However, the meaning of bee tattoos varies from person to person. All the bees are very productive, and they do not get sidetracked from their goals for the day, no matter what they may be. This is a great quality to have, and this particular reason can be considered as one of the important reasons why some people choose to get bee tattoos on their body, which in turn will remind them to remain focused and productive on life and their goals.

When seen from the view point of science, bees also act as extremely important pollinators in the world. Bees are also a symbolic representation of a lot of different things like – sociability, cleanliness, the power to stand up for self, and bravery.

Unlike many insects, the cicada does not have a pupal stage. They move from one fully functioning body to the next. You can say that these changes are quite similar to the changes that a human being goes through, which do not look any different physically. Just like any other insect tattoo, the cicada tattoo too needs an experienced tattoo artist for proper detailing of the tattoo.

Even though many of us have not seen a cicada in person, the sounds that they make cannot be mistaken with any other insects. It is the longest living insect compared to all other insects. The cicada tattoo is considered a symbolic representation of ever-lasting youth, immortality, and also longevity, and even serves as a powerful guardian. The cicada tattoo also acts as a symbolic representation of rebirth, transformation, and even personal change. Hence, if you too want an insect tattoo that will symbolize the same, do check out this cicada tattoo design for your knee.

A moth is a symbolic representation of determination and faith. It is often seen to be attracted by light, and it moves by lunar light. Moths are also considered to be a symbolic representation of the fight against all sorts of restrictions, as well as resolution. It is known to achieve its goals without the fear of any restrictions, which is also the main reason why people tend to go for moth tattoo designs for themselves to get tattooed with.

Thus, if you too, are looking for an insect tattoo with such strong symbolism, you can check out this moth tattoo design for your thigh.

Ladybugs are considered to be gentle and harmless insects. They are considered good luck and a lucky omen. Ladybugs are most commonly found in East Asia. The ladybugs are named after Virgin Mary because of the seven spots on their body. They are also considered symbols of friendship and happiness. It is also believed that if a ladybug lands on you while it’s in flight, it will bring you good luck.

Thus, if you too want to carry good luck with yourself by getting inked with a ladybug tattoo, check out this beautiful and elegant ladybug tattoo design for your wrist.

A spider tattoo is a diverse one as it can be made in different styles, starting from realistic to cartoons and even 3D. Spiders can be depicted as peaceful and defenseless and yet dangerous insects. Hence, if you want an insect tattoo that will symbolize all these features in a single tattoo, check out this spider tattoo design for your chest, which can also be tried out by men.

The scorpion is a symbolic representation of power, strength, and the ability to protect yourself from all sorts of dangers. It is considered an extremely strong and bold insect that even keeps the ability to kill a person in one stroke. In other words, it can be said that a scorpion has a dual symbolism. With its seeming innocence, pitifulness, and modesty, it does not tolerate attacks on its integrity. It is much more a symbol of defense with its ability to stand up for itself than a symbol of aggression.

Hence, if you too want to get a scorpion tattoo done, do check out this design for your wrist tattoo.

The scarab beetle tattoo falls among one of the oldest and most popular forms of insect tattoo. The symbol of the scarab beetle arose in Ancient Egypt, and to date, its meaning remains unchanged. It is still considered a symbolic representation of the power of the sun or sun god, resurrection, reincarnation, and also the want for the achievement of a higher goal. The scarab beetle is most well known among those who follow Egyptian mythology. Other than Egyptian mythology, this beetle is also considered to be a symbolic representation of good luck and good fortune and also carries many other positive meanings.

Hence, if you too want to get inked with an insect tattoo that will symbolize strong positive meanings, check out this scarab beetle tattoo design for your thigh tattoo.

Grasshopper tattoos are considered a symbolic representation of our inner voice as it keeps the ability to understand different kinds of vibrations. It is also a symbolic representation of high instinct as well as good luck all over the world. It also represents the connection of one’s inner self with the spiritual world. Thus, if you want an insect tattoo with such strong spiritual symbolism, check out this grasshopper tattoo design.

Here are some more insect tattoo ideas for you.