10 Best Brick Wall Tattoo Ideas That Will Blow Your Mind! 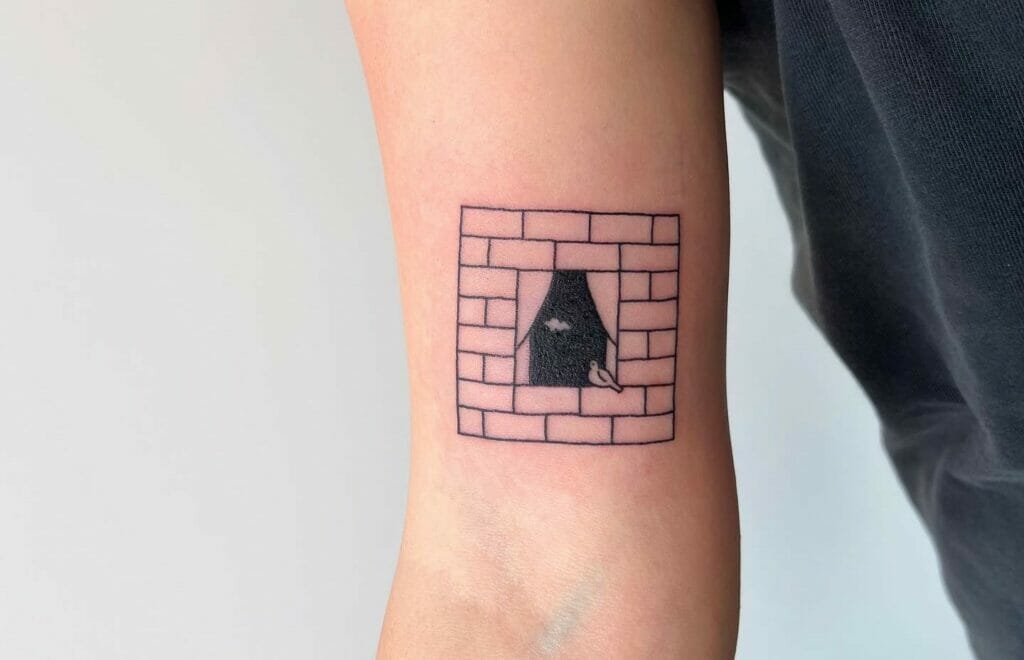 Brick wall tattoos are often regarded as a symbol of strength and incarnation.

Brick wall design tattoos have become quite popular among the youth. These brick wall tattoos can be simply made with a mixture of common designs or blended with dark humor that is available in various shapes, sizes, colors, and shades.

Brick wall design tattoos enrich your look by adding a tinge of an incredibly unique style. Wall tattoos are completely gender neutral and can be inked on any part of your body. Over the past few years, brick wall tattoo designs have expanded and developed cult value. Members of a certain group getting the same tattoo design of a brick wall tattoo as a group symbol were considered to be an age-old custom, demonstrating earthly beauty.

Twenty bricks are being tattooed as the outer portion of the colorful galaxy. Only the inner portion of this form of brick wall design is colored with a combination of orange, pink, purple, and dark blue, while the bricks are only outlined in black ink.

It is a very simple and plain wall tattoo with no extra designs except for the galaxy, which gives you a neat and tidy look. The tattoo is done in a slightly diagonal manner. This tattoo design probably implies a sign of faith in the universe and that things will manifest in divine order. People related to spirituality should definitely go for this idea of a brick wall tattoo.

A female’s face has been drawn with colored inks on the brick wall tattoo. Dark brown and red brick tattoos have been drawn on the face of the lady.

Every little detail of the tattoo, such as the highlighted hair, orangish eye color, pink lips, golden earrings, and flower necklace, has been created delicately and carefully. This form of brick wall tattoo has given rise to a whole new collection of ideas for tattoo lovers.

Such brick wall tattoos represent strength and are, therefore, mostly chosen by women of any age. The shades of various different colors have significantly added an extremely glamorous outlook. This form of brick wall tattoo has promoted different new ideas of fashion tattoo designs. It is quite popular among women as it denotes that she is a strong woman who does not break down easily.

Rats In The Brick Wall Tattoo

This one is a very unusual kind of brick wall design tattooed on the thigh. It is partially a colored tattoo, as can be seen in the images of the rats drawn on the wall tattoo.

There is no particular symbol that this “rats in the brick wall” tattoo signifies. Although, it does provide a very unusual yet unique effect. It does not represent strength like the conventional designs, but it sure does give off a satanic vibe. In all, this tattoo idea is much cooler than the other traditional designs.

The wall tattoo in the image attached above shows the face of a German captain among the bricks. It reminds us of the ancient history of wars.

The style of this brick wall design involves dark humor and is a symbol of toughness. The tattoo is highly associated with cult values.

Here, the brick wall tattoo is positioned on the chest. The size of the tattoo is neither massive nor too small.

This is a plain black inked tattoo with four pairs of eyes in the middle of the brick walls. The shade of black is comparatively darker in the middle where the eyes are drawn.

A deep meaning that this brick wall tattoo holds is protection from the dark. It implies one’s fight against fear in the dark by staying strong alone. It is an extraordinarily different brick wall design. Such chest tattoos are mostly seen on men, giving them an attractive look.

‘TC1’ brick wall tattoo inked on the forearm of the famous Belgian footballer, Thibaut Courtois. He got this tattoo done in order to celebrate his amazing performance in the Champions league.

‘TC1’ with a trophy of 2022 is tattooed simply on a plain brick wall. The background of brick walls is not shaded, with no complex designs.

Many football fans have gotten inspired by Thibaut Courtois and got a ‘TC1’ tattoo done. However, this form of brick wall tattoo is not a symbol of strength. It symbolizes “win” or “winner”. Tattoo lovers who are also football fans at the same time, this tattoo style will be perfect for you!

The brick wall tattoo in this image consists of a black bear with four alphabets “FCUB” written on it. The bricks are done in a blackish shade.

A black bear tattoo traditionally is considered to be a symbol of strength, solitude, courage, and transformation. It is related to healing and has a strong connection to Native American folklore.

The bear has been drawn entirely in pitch-black ink. Shaded brick walls are shaded in black with a tinge of white in them. The tattoo is positioned on the back side of the lower leg, with letters written in graffiti style. Such tattoo ideas are highly well-liked among young men.

The logo of the well-known rock band Pink Floyd has been depicted in this style of brick wall tattoo. A white triangle is outlined on a black background with a rainbow coming into it from the right and a thin line on the left.

This tattoo consists only of the logo of Pink Floyd among the bricks on the wall tattoo. It is a shady effect, lightly done.

This emblem is one of the most renowned music badges of all time. It is not only beautifully executed, but it also represents the live concerts of this rock band, Pink Floyd, as well as their work through the lightning in the logo. This type of brick wall design is popularly found among music lovers. If you are into the rock genre and a fan of Pink Floyd, this tattoo design will perfectly suit you.

Bricks have covered up the entire forearm. A face of a girl child has been drawn on the brick wall.

A reddish tinge has been added to the pitch-black shaded bricks on the wall tattoo. The girl’s face has been beautifully done with perfect shadowing of black ink.

Varieties of brick wall tattoos are suggested below.