10 Best Mexican Traditional Tattoo Ideas That Will Blow Your Mind 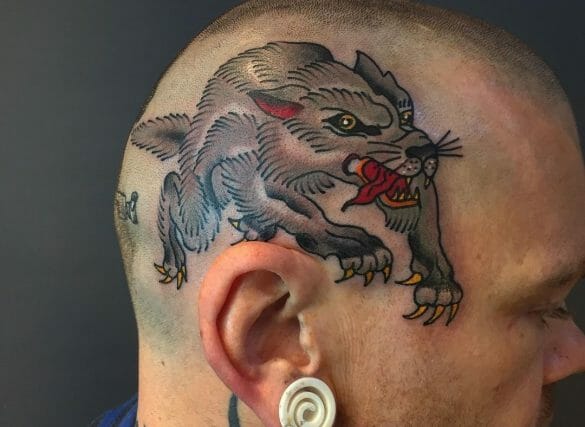 Are you looking forward to getting Mexican tattoos? Here is a list of some awesome Mexican tattoo designs that you need to check out!

If you’ve visited Mexico or are inspired by the Mexican culture and want a tattoo idea related to their culture and traditions, here are some!

You can get a tattoo of the Mexican flag or cactus plant-like prickly pear cactus, which is a significant symbol for Mexican people, or some different symbols that are traditionally associated with Mexican tattoos.

La Catrina is possibly the most well-known Day of the Dead symbol. She’s a stylish skeleton who has inspired many men and women to dress up in skull makeup and try to resemble her for the Mexican festival. You can express your Mexican tattoo idea art in a way that best suits your taste. Read to find out about some fascinating Mexican tattoos in their traditional form and what they mean!

In the 17th century, it was brought by Europeans or Spaniards to honor the deceased. The sugar skulls were set in front of the altars where the ceremonies were performed. The sugar skulls are thought to represent, by Mexican people, the ancestors or the memories of those who have passed away. It is often misinterpreted that a Skull tattoo is drawn to represent the dark and morbid atmosphere showing the negative aspects of death. They are also known to symbolize rebirth into the next stage of life, removing the sad and terrible parts of death. To these folks, death is simply the end of one life and the beginning of another.

Traditional Mexican Tattoo For The Departed

This tattoo represents Mexican culture and how Mexican cities have a feast. Mexicans commemorate and honor their departed loved ones on the day of death. Many Mexicans pay visits to cemeteries to decorate gravestones and spend time with their departed friends and family members. They often create beautifully decorated altars, also known as Ofrendas, in their houses to greet the spirits. This is the tattoo design of the colorful paper used to decorate the offering shrine.

The tattoo designs are inked in colors like pink, blue, purple, orange, and green. As far as the beliefs go, people of this country take pride in their culture and history as this tradition is a great deal for them. The dead are offered their favorite dishes, sweets, and drinks with candles and flowers. Images of the celebration are shown here. Some of their beliefs include that the people who are dead, their souls would visit that night. This Mexican tattoo art would be the best choice to show your pride and the rich history of the Mexica.

This is a Mexican pin up Tattoo of a Cowgirl. Pin-up beauties have always been famous for tattoos, especially among men. It is said that Pin-up tattoo designs are experiencing a resurgence these days, gaining popularity among people of all genders. Pin-up designs are an option worth considering when looking for ideas for your next Tattoo because they have a vintage aesthetic and a robust cultural heritage.

The style for this old-school tattoo design highlights the beauty of a typical cowgirl. Portland-based tattoo artist makes this tattoo design. This is a traditional handmade tattoo where many different color inks are used. Cowgirl tattoos are often considered a classic tattoo choice.

This is another pin-up tattoo of Mr. Ply, also known as Plywood. This is a cute tattoo design tattooed to bring good luck in life. A Portland-based tattoo artist presents the tattoo design. Plywood logo is drawn artistically and shown as a man named Mr. Ply.

He is shown as a fat man wearing a hat with a triangle-shaped red nose. He is wearing a baby suit where MR. PLY is written in bold letters. The design is drawn cutely and funnily. He is also wearing yellow boots. The style used for tattooing this Mexican Tattoo is old-school style.

This is a tattoo of a Mexican doll. The imagery of the tattooed doll is very colorful. The Tattoo includes a doll with a bright hat tattooed cooking food in a pot. Mexican tattoo designs, which are inspired by Mexican culture, depict their cultural beliefs. A flower pattern is tattooed on the clothes of the doll. Expressions of the beauty are drawn gory and dark where eyes are in black ink and nose and face, which is inverted V, is colored in red ink.

Mexican dolls are more popularly tattooed after getting influenced by the culture. The basic meaning of such doll tattoos is to ward off the negativity or evil from life. Dolls are often known to represent safety, family, protection, and high power. To protect the wearer and indicate that a doll should not be taken for granted.

This is considered as a badass tattoo of Revolucionario Mexican. The Partido Revolucionario Mexicano (PRM) is a Mexican and Texas-based organized prison gang. A Revolutionary soldier is tattooed wearing a hat and posing with a gun in his hands. The placement of this Tattoo is on the sleeve area of the upper arm. This sleeve flash has realistic imagery to it. The revolutionary has a dark and big mustache which shows the manliness of the tattoo idea.

For their beloved country, they are ready to sacrifice their lives is an inspiration source to broadcast their enthusiasm. Some letters are typed in the beautiful font at the top of the hat. Tattoo artists did a great job tattooing such an expression of the revolutionary. The art and style used here show the history of Mexican people.

These are some freehand design tattoos depicting Aztec Art. Aztec tattoos are often realistic and are done in black and grey. The sunstone, a massive twenty-four tonne stone portraying the five planets of the sun, is a popular Aztec tattoo. Jaguar and eagle warriors, a warrior or woman clad in natural animal skin or a decorated headpiece, any of the hundreds of Aztec gods, or skulls are all examples.

Aztecs interacted with one another primarily via the medium of art. It began with body paints, but they quickly progressed to tattoos, where they experimented with various shapes and patterns to produce unique tattoo designs. Aztec tattoos have a lot of different elements and conditions, which is why they have so much variation.

This is a Quetzalcoatl Tattoo which is commonly known as the Feathered Serpent. He was considered the God of Ancient Mexico, one of the Aztec culture’s most powerful gods. He was known as the God of creativity, fertility, knowledge, and the dawn. As a result, his face tattoos have several connotations, including strength, expertise, and creativity.

This Tattoo is combined with two elements — A roaring Jaguar and a sculpture of a dead ancestor. Jaguar tattoos have a significant role in Aztec tattoo art. Aztec society’s “jaguar warriors” would fight to wear a natural jaguar hide and were regarded as nobles. The eyes of a jaguar tattoo might reflect your connection to the spirit world or represent your spirituality because jaguars can see into the spirit realm. Jaguar tattoos come in various styles and forms, with black and grey realistic jaguar tattoo designs being the most popular.

Human sacrifice was an essential component of Aztec society; it was seen as repaying the gods for giving them life. The majority of the sacrifices were made to their captive adversaries, who were forced to drink pulque, a strong alcoholic drink laced with mind-altering herbs, before being executed. They were tied on a stone on top of a temple once the pulque had taken effect, and their beating heart was ripped out and shown to the gods.

This is an upper arm tattoo of a beautiful woman. The Chicano tattoo movement is one of the most well-known tattoo styles in the world. Chicano tattoos are typically done on the arm, hips, forearm, chest, and back, providing artists with a large canvas. Women tattoos, flower tattoos, skulls, and religious figures are all other symbols considered classic Chicano themes. The Chicano themes are known to be the traditional Mexican tattoo art designs.

It was initially a symbol to identify gang members and demonstrate respect and loyalty to it. It is always challenging to tattoo a human figure on the skin. The idea of tattooing a realistic female Portrait is a standard tattoo style and symbol for their culture.

The placement of this tattoo is on the thigh, which provides ample space on the body. The rabbit was known to be a favored creature for the hunting process by the Aztecs. It was considered an important symbol of the scriptures of Ancient Maya Civilization. Such an idea was then used to display the meanings of culture and to create a Mexican tattoo.

Mayan tattoos were considered symbols of God. Powerful animals were tattooed as spiritual symbols to express day and night’s power, balance, and harmony. This blackwork submission is acceptable by Mexican traditional tattoo artists. Such unique and classic designs are considered one of the best tattoo ideas for women.