10 Best Meaning Celtic Tattoos That Will Blow Your Mind! 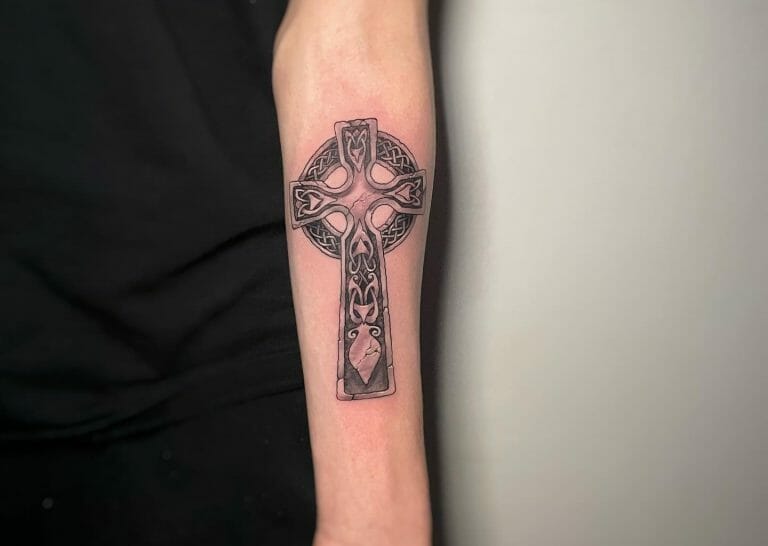 If you are looking for meaningful Celtic tattoos then you are in the right place. Here is a list of Celtic tattoos with their meaning that you will love.

Celtic tribal tattoos are one of the most popular tattoo subjects in the world.

Not only do they look amazing, but they are also used to honour the Celtic culture that is thousands of years old. That is why a lot of people get different Celtic tattoos.

But if you delve a little deeper than just the designs and pretty knots, Celtic tattoos are more complicated than they appear. Yes, some of them just follow the Celtic art style and create beautiful tattoos, but most of them have their own meaning. Every knot, symbol, and subject has a significance in the Celtic culture. That is why you have to remember that when you are getting a Celtic tattoo on your body, you are carrying a part of the culture as well. And if you are looking for a good Celtic design to get tattooed on you, then we have a list right here just for you. Not only do they have the tattoos but also the meaning of them so that you can understand the heritage of the symbol you want to get tattooed on yourself.

The Trinity knot, consisting of simple Celtic lines tied into a knot with three pointy sides is one of the most common Celtic tattoos that people get. Under Catholicism, this tattoo has come to represent the Holy Trinity of Christianity- the Father, the Son and the Holy Spirit. But before this, the knot was actually presented as a triple spiral symbol and represented what the Celtic people thought were the three stages of a woman’s life- the Maiden, the Mother and the Crone. It is one of the most important and popular Celtic knot tattoos. In the picture, a couple got the tattoo as wedding bands to be blessed by the Holy Trinity in their marriage. But you can get the Trinity knot anywhere with another person so show eternal love and devotion.

Celtic warrior tattoos are also a very popular subject in Celtic tattoos. This one in particular, represents a Vendel warrior. Amongst Celtic warriors, the Vendel were Swedish warriors that had very distinguishable and costly armour. The Vendel period was a time between the Migration Age or Period and the Viking Age. The Vendel period was one of the golden ages for the Norse people and needs to be respected. That is why, a lot of people who have Celtic and Norse ancestry get these amazing tattoos to pay homage to the Vendel warriors. This particular tattoo is done in a Celtic style and has a lot of details. Even though it is mostly done in black ink, there are some yellow highlights that bring the tattoo to life.

Odin is one of the most important Norse Gods that we know. As most of you would know, Odin was blind in one eye. That is why this Odin mask tattoo has one of its eyes blacked out. Odin was the king of the Norse Gods and the father of Thor and Loki. This black ink tattoo covers one side of the chest of the person and it looks really masculine and badass. You can add your favourite Celtic symbols to this tattoo as well. From this tattoo we can see that the Celtic knot is a really important part of all Celtic tattoos. These knots are a representation of eternal life.

Celtic arm band tattoos have been around for the longest time. We have already explained that Celtic knots are some of the most popular celtic tattoos across the globe. A Celtic knot tattoo can mean a lot of things. But mostly, they mean an eternal bond and eternal life. Celtic knots are known for being endless knots, which means that there is no beginning and no end to the knot. If you want a meaningful Celtic tattoo, then you can choose from one of the knots who all mean different things. In this case, the tattoo has what is known as the Celtic Sailor’s Knot because it resembles the knots sailors made on ropes. This knot reprenets a stong connection or bond that can never be broken.

If you do not know much about Celtic runes, they are a form of language that medieval Celtic and Norse people used to carve words onto stone. It is a dead language now, but it carries a lot of meaning and history still. The word rune, in itself, means something hidden. This means that rune tattoos are only meant for a certain amount of people. These runes are also said to have magical energy. There are a lot of Nordic symbols and runes that can mean a lot of things. You can always ask your tattoo artist to combine all these into a beautiful tattoo just like the one in the picture. These runes are also one of the most popular Celtic tattoo designs.

The dragon was a mythical creature very closely related to the Norse and Celtic mythology. If you want a powerful tattoo, then this is the perfect Celtic tattoo for you. The tattoo features two dragons who are a representation of courage, pride, power, and leadership. There were many negative connotations attached to the theme of dragons in the Celtic mythology but we have to agree that it is one of the most mighty mythical creatures. That is why people still get the Celtic dragons tattooed on themselves to honour their ancestors. This is undoubtedly the best Celtic tattoo design for people who love dragons.

There are people who do not prefer large tattoo designs and instead want to get smaller and simpler tattoos. We have some perfect small Celtic tattoo designs for them. This is a very tiny and adorable Celtic knot tattoo that is barely visible. You can get this tattoo anywhere. This tattoo is done in colour but if you prefer black and grey tattoos then you can get that as well. There are many such knot designs in the Celtic culture and they all mean different things. This one is a minimalistic Celtic shield knot and is supposed to provide protection to the wearer. You can also get the Celtic Motherhood knot tattoo or Celtic Dara knot tattoo in the same style and it will look amazing.

As we already said, Celtic knots are one of the most popular tribal patterns found in tattoos. You can always spot a Celtic knot tattoo from a distance away. If you are also a fan of amazing and intricate Celtic knot tattoos and are looking for a great sleeve tattoo idea, then we have the perfect thing for you. This tattoo combines a lot of beautiful Celtic designs and knots in one large arm sleeve tattoo. You can also get a half-sleeve tattoo in the same style and it will look amazing.

Did not find your perfect tattoo in the list? Do not worry because we have some more in store.