10 Best Japanese Fan Tattoo Ideas That Will Blow Your Mind! 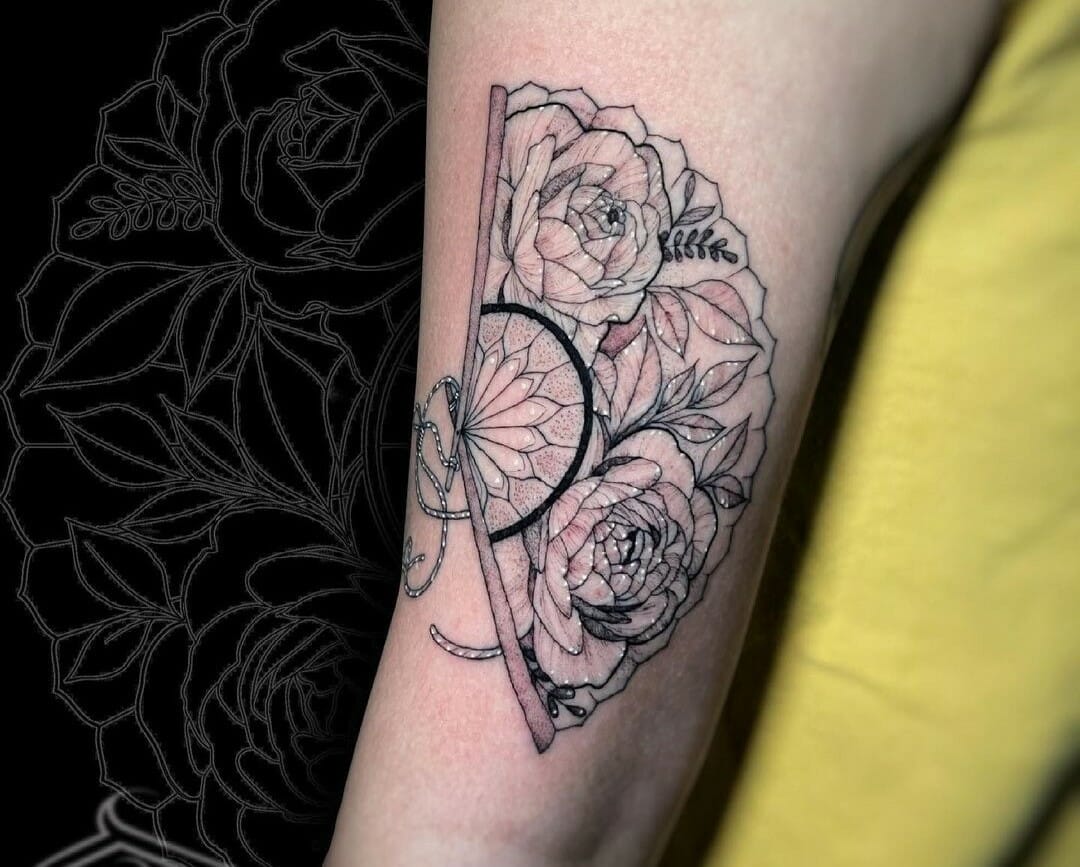 Japanese fans hold meanings that flaunt the culture’s beauty. So, if you are searching for something to appreciate that, this list might act as a guide to you.

Japanese oriental fan tattoo designs are one of the integral part of Asian culture.

Japanese fans are quite different and popularly comes in two shapes known as ‘sensu’ that folds and when opened shows a panoramic scene of different beautiful things while ‘uchiwa’ that doesn’t fold. Both are hand fans made out of soft fabrics stuck with several sticks adjoined at the bottom.

The design inside both the fans display different settings and imagery. Some have romantic poetry written inside it, some have elaborate scenes depicted, some have sceneries of cherry blossoms or countryside or anything drawn inside it and more. Each of them has its own significance. But the fan itself is said to be a symbol of good luck, hope and generosity. Although different materials are used to make these, but most of them are made soft fabrics. These fans hold a lot of meaning, are very cherished and respected in their culture. So this list will help all those Japanese fan lovers who want to get it inked on their body find ideas of oriental fan tattoos.

This customised ‘Mulan‘ tattoo made by the tattoo artist themselves is a gorgeous Japanese fan tattoo design with beautiful ornaments hanging through it. The pretty leaves add to the decoration. The design inside the Japanese fan is of a flower surrounded by unique and intricate ornamental designs. The later is also used to decorate the top of the fan which gives off a royal vibe, hence probably the reason behind the given title. The masterful shadings on the folds of the fan are done very efficiently to look realistic. This design would be of great use as a good luck symbol of strength and bravery.

Flowers often greatly serve for the decorating purposes by popular choice and adds delicacy to everything. This beautiful ink of a Japanese fan with red flowers covering the top of it could offer you great inspiration for a Japanese fan tattoo. The tassels hanging from the fan also adds beauty to the decoration. One can add more colours to tattoo or change the breed of the flowers that represent them the best.

Surrealism are a juxtaposition of unexpected and illogical, yet hold a lot of meanings. Similarly this tattoo design with a traditional woman holding a Japanese Uchiwa fan with a surrealistic background portrays Japanese Surrealism. The design perfectly represents the culture specially the traditional hair and makeup of the woman as well as the fan. Putting these elements together could be of great meaning and is traditional cultural tattoo design.

There are several traditional masks used in Japan, one of which is Hannya, a jealous female demon. The mask is mainly used during a performance in Noh theatre and are used to portray a complicated number of emotional states depending on the position of the mask that allows it to reflect different emotions. The colours also portray different meaning. This Japanese fan tattoo with this traditional mask could be of great meaning if you use it correctly.

This tattoo with a flower in the middle and its petals extending on the sides of the fan is a very delicate and gentle tattoo idea. The free flowing tassel hanging from it and the beautiful yet simple colours adds to subtle beauty of the design. Different flowers have different interpretation. Hence depending on the flower you choose for this tattoo will determine the symbolism. And it being in the centre of the fan will give it the centre meaning that mainly associates with the design.

If you are in search of a dark themed black and white Japanese fan tattoo, then you should give this dark Japanese folding fan tattoo design a thought. Done with a lot of focus, keeping in mind the details like the dark smoke like strings coming out of the bell could be representing the spiritual aura of the fan. Also the dark sea waves drawn on the top of the sensu fan adds to the dark beauty. Depending on your preferences you can also add other dark elements.

A black and white floral tattoo with a heart on topside of it, is extremely beautiful and delicate design. The petals of the flower covering and surrounding the actual middle part. The heart with another flower as well as the ribbons with tassels holding the fan together is a very pretty detail that has been added to the design. One can customise the design a little here and there like adding colours or symbols and it would be a great personalised unique design.

The Japanese flag consist of a red circle on a white background, as it could be assumed is known by many. The red circle is the symbol represents “circle of the sun” or Hinomaru. This design is to portray the sun rise that is visible to Japan, as it lies at the Far West of Pacific. This tattoo of a simple minimalistic Japanese fan tattoo with the red sun behind it would be a great cultural symbol to show your patriotic emotions toward the country. It could further be interpreted in several ways depending on the wearer.

Rose the symbol of romance, love, beauty and courage and has quite a lot of popularity all over the world. Combining the two meanings which are the meaning of the Japanese fan and rose, this Japanese fan tattoo with the painting of a rose inside it could simply be a symbol of luck and generosity in the situation of love, romance, courage and beauty. If you think this tattoo represents, then give it a thought and go for it.

This Japanese fan tattoo of a woman holding a sheer Japanese fan would be a great design to not only portray the culture but also encourages loving one’s body specially that of women. It is a great design for all the people who has both the traditional and modern touch in them. If one decides to go with this tattoo, they can customise the characteristics of the body molding it to look like their own. But before you decide to wear it on your skin, make sure to educate yourself about the culture.

Japanese fans are tangled up with intense emotion and history of the country and holds a lot of depth. So if you do choose from any of these Japanese fan tattoo designs and decide to get oriental fan tattoos inked, learning a lot about the culture from your friends of this culture is recommended, so that you do not make it a cultural appropriation.