10 Best Hawaiian Leg Tattoo Ideas That Will Blow Your Mind! 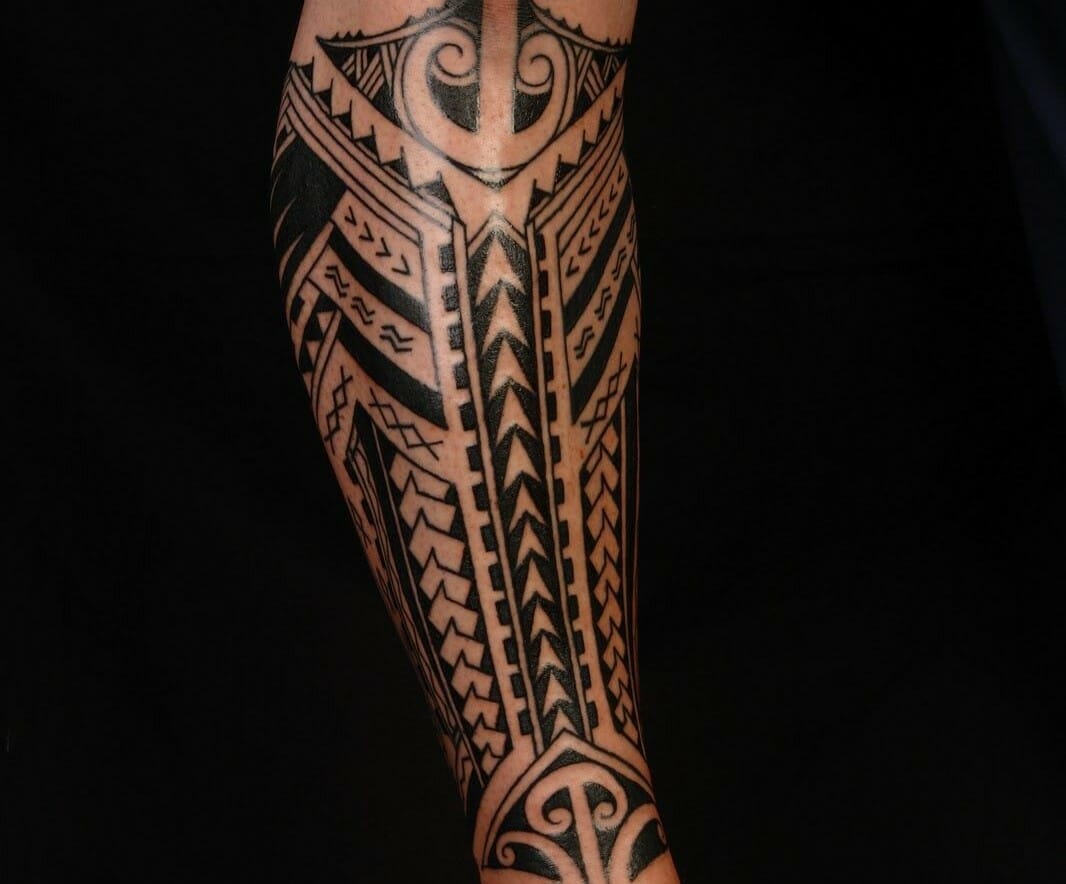 If you’re looking for a good Hawaiian leg tattoo, then here we have brought you the best Hawaiian and Polynesian leg tattoo designs.

Polynesian tattoos including Polynesian people and Polynesian cultures are a mixture of many cultures. These include people of Tahiti, Hawaii, Tonga, Maori, and more.

Tattoos of Hawaiian culture, Tahitian, Maori, Samoan, and more cultures have brought forth Hawaiian tattoos. Polynesian Islands include French Polynesia, Easter Island, Marquesas islands, and more of the Pacific Ocean. Their tattooing method was done by bone and wooden tools, but since they became hard to sterilize, the process was banned in 1986. Read on to get ideas on Hawaiian leg tattoo designs.

Leg band, wrist band, and bracelet tattoos have become quite a common occurrence nowadays around the world. Additionally, traditional and tribal Hawaiian tattoos include such geometric patterns that excellent band tattoos can be designed in those styles. The picture above is of a lower leg Hawaiian band tattoo drawn just above the ankle of the wearer. The band tattoo art on the wearer’s leg is composed of geometric patterns in bold black color. The design is drawn in the traditional Hawaiian tattoo style.

Hawaiian tribal tattoos are a form of Polynesian tattoos. Hammerhead shark tattoos is Polynesian tattoo style is quite popular. They represent determination, strength, and tenacity. They also move and live in groups, so they represent unity and are a classic symbol of society as well. The picture above is of a Polynesian tattoo designed on the thigh of the wearer’s masculine leg in a way to form a hammerhead shark. The geometric patterns in the shark is mainly made up of solid black geometric patterns with no shading.

Along with Hawaiian traditional tattoos, Hawaiian tribal tattoos are the most common type of Hawaiian tattoos. These tattoos are somewhat different as they have a rather swirly circular patterns, slightly different than traditional tattoo designs, but they have a similar style. The picture above is a large beautiful Hawaiian tribal tattoo leg. The design on the tattoo art is made up of swirly patterns, small solid black designs, and some other geometric patterns. A little shading on the design is surely making it more beautiful.

Full leg tattoos are quite popular around the world, especially with Hawaiian tattoo designs. Tattoo artists get extensive opportunity to ink a person’s leg with Hawaiian tattoo designs. Many people ink their legs except theirs knees, because knees are one of the most painful places to ink, like the picture above. It is a full leg design of a Hawaiian tribal tattoo. The design is made up of swirly circular patterns like all other Hawaiian tribal tattoos. Two flowers have been included in the tattoo to give the tattoo art a little feminine touch.

Ancient Hawaiian of Polynesian leg tattoo is quite common. These tattoos are usually large and made up of solid black designs and sharp geometric patterns. Polynesian triangle designs are the most common feature in them, like the picture above. The Hawaiian tattoo design leg band is drawn in traditional style on the wearer’s thigh. Like other Hawaiian traditional tattoo designs, this Polynesian leg tattoo is also made up of bold black solid patterns and other geometric patterns.

Floral elements in Hawaiian tattoos are quite common owing to their cultural significance. Hibiscus flower symbols are mostly related to the Hawaiian and Polynesian culture. Additionally, many other flowers are also popular and meaningful in the culture, so they use flower designs quit a lot. The picture above is a beautiful Hawaiian tribal tattoo drawn on the side of the wearer’s thigh. The tattoo is mostly made up of typical swirly patterns that are seen in Hawaiian tribal tattoos along with two designs of flowers. Each flower tattoo has little dot work shading incorporated in it.

Hawaiian green sea turtles, also known as ‘Honu’ is a very common design and has a deep meaning culturally. These tattoos are thought to bring good luck and represent knowledge, longevity of life, patience in life, and strength. Like most other animal designs related to Hawaiian style that are inked, most turtle tattoos are also made up of Hawaiian geometric patterns. The picture above is of a large tribal Maori and Hawaiian leg tattoo or Ta Moko tattoo of a turtle. The design is made up of Polynesian triangle tattoo designs, with a tiki face on the middle, drawn in a way that all the patterns are forming the shape of the animal. Symbol of tiki faces are quite common and full of symbolism in Maori tattoo style, Ta Moko.

Some of the leg tattoos on the list above can be perfect for stomach, arms, chest, higher trunk, and even for body art. If you’ve found your favourite design, then ink it today, but if you haven’t then read on the few suggestions –

You can get Hawaiian leg tattoos of Gods to honour your faith. Usually these can be done on the chest or for body art as well.

Tattoos of spear heads and human figures can be pretty perfect to show off your tremendous work ethic through your Hawaiian leg tattoo.