10 Best Protection Tattoo Designs That Will Blow Your Mind! 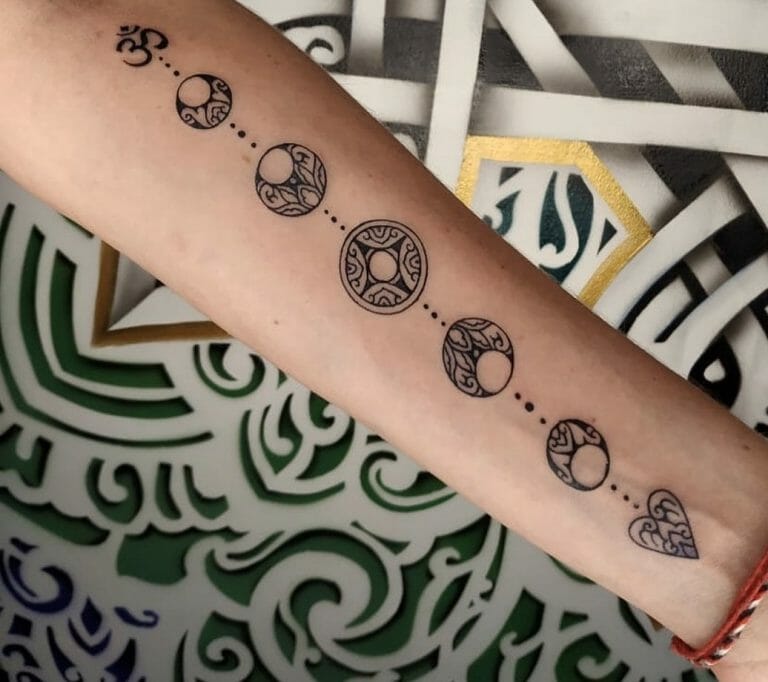 Are you looking for the perfect tattoo to protect you from evil and misfortune? Then check out these amazing Protection tattoo symbols!

A protection tattoo can help you stay away from evil spirits, negative energies, and bad luck.

If you are often wondering, “What tattoo symbolizes protection?”, then you will find there are a lot of answers to that question. After all, there are a number of symbols and objects that symbolize protection.

In various cultures and parts of the world, people consider specific symbols or objects to signify protection. For some, it can be a particular tree or flower. While for others, it can be an animal they consider to be holy or even an inanimate object that holds special meaning. So if you are thinking about getting a spiritual tattoo that will protect you, you can choose any one of those objects or symbols as per your likes and interests.

So if you think you would feel more confident and hopeful if you carry around protection symbols with you, then go ahead and choose an awesome tattoo from the protection symbol tattoos described here!

The evil eye is a powerful symbol that has signified protection from evil spirits for ages. This symbol of protection may look quite ordinary but people believe that it has the power to ward off evil vibes and malicious energy from others.

Since the 6th century BC, people have believed that a person can cast an evil eye on another person and curse them in a way that bad luck befalls them. They usually cast an evil eye by glaring at them or by sending negative energies their way. The evil eye protection tattoo consisting of the concentric circular design of shades of blue then acts as a lucky charm and protects the wearer from misfortune. Some people wear the evil eye ancient symbol as a necklace or in the form of a ring. However, you can also decide to get an evil eye protection tattoo design to always carry around this piece of protection with you!

If you want to look at some more evil eye protection symbol tattoo ideas, check out the best evil eye tattoo designs.

Out of all the ancient symbols in the world that symbolize strength and protection, the Eye of Horus symbol from ancient Egypt is the most popular and famous. The Eye of Horus consists of deep meaning as it was supposed to protect the pharaoh and ensure their good health. With their spiritual wisdom, the Egyptians considered the Eye of Horus to also bring healing and well-being. This symbol has a deep meaning according to Egyptian myths as the Falcon god Horus had lost his left eye during a battle but it was restored back by another Egyptian god named Hathor. Since then, this symbol has come to be associated with good fortune and healing.

The dreamcatcher is a well-known symbol of protection used by Native Americans. These dreamcatchers are named so because the Native Americans used to believe that these objects can ward off nightmares and bad dreams during sleep. Thus, these symbols used to protect people from evil and malicious energy and ensure they have a good, peaceful and quiet sleep at night. If you are looking for cute, delicate, and feminine protection tattoos, then a dreamcatcher tattoo might be a great idea.

Cute Mistletoe Tattoos That Are A Symbol Of Protection

Even though we know about mistletoe in a completely different context, it can also be a symbol of protection. The Celtic people considered this to protect people from evil, cure diseases and even act as a symbol of fertility. For Christian people, mistletoe is not just connected with Christmas but also with peace and friendship. So if you are looking for unconventional and unique protection tattoos, you can get a mistletoe tattoo to get rid of negative energy in your life as well.

A lot of people also get spiritual tattoos of a palm tree, bodhi tree with eight branches, or even of a lotus flower as protection tattoos.

If you look at other symbols of protection, then the pentagram figures quite largely in Wiccan beliefs and practices. As can be understood by its name, the pentagram is an elaborate pentagonal drawing that is used during rituals and religious practices. According to other interpretations, it can also ward off bad dreams, malicious energy, and curses from people who mean to do you harm. Thus, if you happen to identify with Wiccan practices or believe in this particular strand of pagan practice, then you can also get a Pentagram spiritual tattoo. Before getting this spiritual tattoo, you should also look up tattoo artists near you who work well with black ink as most pentagram tattoos are done with black and gray ink and require a lot of shading effects.

Since ancient times, many cultures have considered many symbols to bring good fortune and protection for them. One such symbol is the Celtic knot which Celtic warriors used to proudly flaunt on their bodies. The Celtic shield knot is an intricate and detailed design of several knots tied together where the viewer cannot point out the beginning of the end of the design. So if you want to look at some awesome Celtic spiritual tattoos, just ask your tattoo artist to make a Celtic shield knot tattoo for your protection.

Norse mythology is full of divine beings whom human beings would worship since the middle ages. One such famous divine being in Nordic mythology is Thor, the god of lightning and thunder. For the worshippers of Thor, his hammer – Mjlonir is of great importance. The Mjlonir is considered to symbolize strength and protect the Norse people from evil forces. The Mjolnir was used by Thor during battle to protect the people of Asgard. However, it was also seen as a mighty object of protection and the Nordic people would use this symbol for granting blessings during happy occasions such as weddings and birth. So if you want to mix mythological stories with your spiritual tattoos, why not get an awesome Mjolnir tattoo?

In different cultures of Native Americans, arrows are considered to be a symbol of protection. Even though an arrow usually refers to a dangerous weapon that can take lives, the same arrow can also be an object of protection and defense. A left arrow point represents warding off evil while an arrow point towards the right signifies protection. So if you want a deep and meaningful protection tattoo, then you can also ask your tattoo artist to create an arrow tattoo.

In various cultures around the world, some animals are considered to be sacred animals that have different meanings and purposes. Some of these animals are also considered to be representations of the holy spirit. In Sioux mythology in North America, the tortoise is considered to be a symbol of protection that protects women during birth and also looks after young children. After all, tortoises are famous for their hard shells that protect their soft bodies through any kind of difficulty. So if you want an unconventional protective spiritual tattoo, you can also choose a tortoise tattoo.

A lot of people also go for a a koi fish tattoo or even look at Chinese characters for protection tattoos.

10 Best Back Pieces Tattoo Ideas That Will...