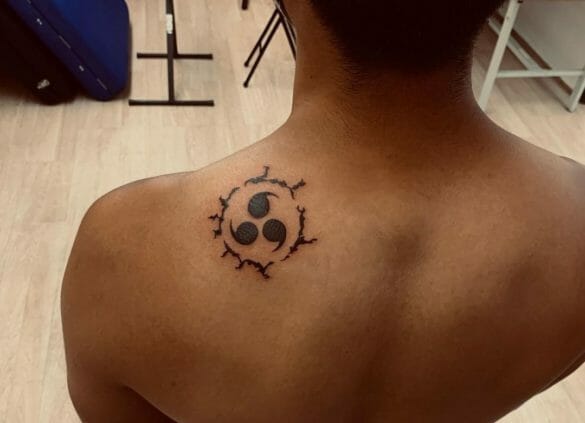 Do you like the pattern of curse marks? If yes, find the best designs from these specially curated lists of curse mark tattoos right here!

Curse mark tattoos have become quite popular amongst anime enthusiasts!

Having curse mark tattoos means you like the anime or the character and the backstory behind the seal. Experimenting with these cursed seal designs as tattoos will intensify your love and affection towards tattoos as a whole.

In social media platforms like Pinterest or Instagram, you will notice many designs. You might fall into a dilemma to choose the best curse mark designs out of the rest. To avoid this confusion, check out the curated list to get a clear insight.

The Sasuke’s curse mark was given by Orochimaru, an insane scientist who bit Sasuke for the sake of attaining immortality. Trying out Sasuke’s curse seal as a tattoo design will turn out to be a mind-boggling idea. You can find these tattoo designs on social media platforms like Instagram and Pinterest. This Sasuke tattoo design is a perfect tattoo idea for those who like the character.

The Curse Mark of Kimimaro

Kimimaro, one of Orochimaru’s favourite henchmen and the former leader of Sound Ninja Five was given the Earth curse mark by Orochimaru. Unlike, Sasuke’s curse seal of heaven, Kimimaro’s Earth curse seal has three slightly curved lines. This is a great idea for a chest tattoo, just like Kimimaro originally had. You can also get it on your wrist and it will look just as badass.

Villians will come and go but Orochimaru’s Chunin exam arc will forever give us the chills. Be it summoning the previous Hokages or giving Sasuke the curse seal of heaven in the Forest Of Death, we can always count on Orochimaru to keep us on the edge. Get the curse seal by Orochimaru tattooed on the back of your neck or on your shoulders. If you want to give your curse seal tattoo some extra spark, ask your tattoo artist to use orange and red ink.

If you have grown up watching Naruto, we are sure at some point you have wanted to get a Naruto curse mark tattoo on your stomach. Unlike Sauake, who got cursed when he was a genin, Naruto had to deal with his curse since the day he was born. Kurama, the Nine-tailed fox was sealed inside Naruto by his father Minato. Minato used the Eight-trigrams sealing which can be seen on Naruto’s body.

You will rock a cursed seal of Eight-trigrams on your forearm or wrist. If you are planning to cosplay as Naruto, get this inked as a temporary tattoo and you will totally rock it.

In the anime Berserk, the Brand of Sacrifice marks those blessed for the Invocation of Doom, a sacrificial ceremony in which those sanctified by the laws of causality transform their humankind-following in creating a messenger or a God Hand member severing an apostle’s last ties to society.

This design has a strong resemblance with Spiders or a Trident if you observe closely. If you like Berserk manga or anime, this cursed seal tattoo will surely intensify your love for the same. You can get more such ideas from social media like Instagram and Pinterest log in to these sites to get more ideas!

Neji And His Curse Mark Tattoo

Neji, the villain who turned out to be one of the best characters in Naruto anime, had to bear the curse of being born in the branch family of the Hyuga clan. Every fan of the Naruto anime and manga is familiar with the cursed seal given to Neji as a child that forces him to protect the main family even at the cost of his life.

A tattoo of Neji with his curse mark on his forehead will look as amazing as the character and the storyline. Get the curse mark inked in green, like in the anime, or go with an all-black tattoo, it will look stunning either way.

In Naruto anime, when the cursed seal or mark activates, it causes immense chakra flow in the ninja’s body, and the mark sparks up. We got to see this when Sasuke was suffering after the mark got activated.

To give your cursed seal tattoos some extra spark, ask your artist to use orange and red ink to make it look activated.

Sasuke is one of the main characters of Naruto anime. The curse seal or mark became a part of his life and every Sasuke fanboy has fantasized about getting a curse mark or seal inked on their neck.

Sasuke had a black curse mark or curse seal on his left shoulder. You can give your creative touch to the curse seal of Sasuke if you like. Get the curse mark tattoo in a colour you like and you are good to go.

The curse marks in Sasuke and other Sound Ninjas spread when they reach the second level. It gives Sasuke and the other Ninjas a boost in power.

This activated second-level curse mark of Sasuke makes a stunning shoulder or back-of-the-neck tattoo. Get this tattoo inked in the classic all-black ink and have great compliments coming your way.

Thus, if you are opting for some classy Curse Mark’s Tattoos, make sure you keep a few of these tattoos as your alternative options. We are sure you will use the pin image feature on your devices for at least one of these designs!