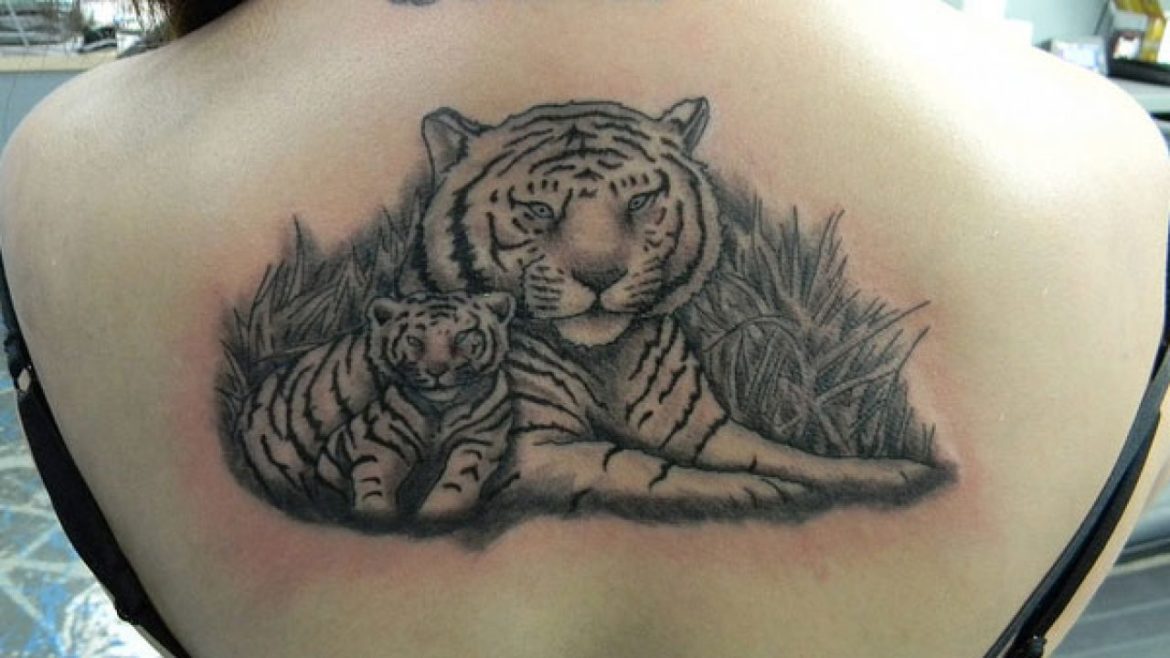 Searching for Chinese tiger tattoo designs to flaunt to your friends? Pick the one best suited for you from the amazing collection of tiger tattoos.

Tigers are ferocious animals with a majestic presence and a tiger tattoo is one of the most if not the most popular tattoo design among animal tattoos.

Many people are embracing their passion for tattoos with creatures from mythology and folklore apart from real life such as dragon tattoos and alligator tattoo designs. Tigers are regarded as the king of animals in many countries of Asia.

Naturally, people have a knack for getting tiger tattoos inked on their bodies. A tiger symbolizes several things such as strength, passion, and ferocity. If you are someone who loves to stay in control of your life with power over everything, then you might think of getting tiger tattoos on your skin.

Traditional tattoo artists are fond of making tiger tattoo designs as they look good and can be modified into various forms. You can discuss with your tattoo artist the different kinds of tattoo that you plan on getting.

Different cultures have different meanings associated with tigers. In Japan, the animal represents autumn and evil spirits. In India, it is considered royalty.

The history of the tiger in China is very interesting. The Chinese believe that the tiger bears the character of “wang” or “the king” on its forehead. Tiger is a zodiac symbol in China and hence Chinese people are seen getting inked with tiger tattoos more frequently than other citizens.

Tiger is a symbol of power and strength in south Asian culture. The animal is regarded as the god of wealth in China. Tigers are symbols of spirits who protect the dead. No wonder, getting a tiger tattoo is an attractive option for many people.

This curated list below of the best tiger tattoo designs are a glimpse into the world of the majestic tiger tattoos.

This powerful tattoo is a mixture of two animals – the tiger and the snake. Two creatures who are kings in their own domain, snake in the reptile world and tiger in the wild jungle. The creatures represent the spirit of independence. You can see from the image that this tiger tattoo is not made in the traditional form of tattoos but instead as a cool and creative hybrid tattoo.

This tattoo has a particular meaning behind it. The symbol combines the ferocious animal into one. The use of bold coloured ink highlights the features of the tiger.

A different take on the snake and tiger tattoo, this one symbolizes the predatory nature of the animals. You have to take out your competition before they could even think of attacking you. Notice the teeth of the tiger as it seemingly growls are fends off other animals. The snake is trying to break out from the grasp of the animal but is unable to do so. You can even use a dragon in place of the snake to get a unique work of art that you can call your own.

The tiger is one of the most majestic animals on the planet. Any tattoo lover and animal lover would love to get a tiger tattoo similar to this one. A full leg tattoo design complete with flowers, showcases the tiger in its natural habitat. This really is one of the best tiger tattoos that you will ever come across.

This looks like a scene straight out of the jungles of China. The look in the eyes of the tiger shows determination and leadership – enough to strike fear. This tattoo can even be done on the arm sleeve or on the leg, with enough space to work on.

This tiger tattoo design has been inspired by Chinese culture. The ferocity of the creature is brought to the forefront through this tattoo design. The meanings behind this tattoo convey that the tattooed person is not afraid of anyone and will do whatever it takes to move forward in life.

Cultural values are at the forefront of every Chinese household and tigers symbolize courage, long life, and strength. The meaning of the above tiger tattoo can also be interpreted as a symbol against bad luck. The flowers around the beast convey the idea of liberation from the chains of society. This type of tattoo is ideal for your upper arm portion.

Yellow and orange come together in this tattoo tiger for a fresh take on the power associated with the tiger. The details on this tattoo design are amazing. A style of tattoo is on the aggressive side focusing on the tiger head and the tiger’s ferocity.

The bold use of colour actually makes the tiger come alive near the wrist of your hand. Tigers give protection to the forest and are thereby the king of the jungle. Looks like this tiger is just waiting to pounce upon unsuspecting people. You can use your whole body such as the back or maybe your chest to get this hyper-realistic tattoo inked on your body. Beware of the tiger and its symbolism in different Asian countries.

Doesn’t this tiger tattoo look scary? The head of a tiger grasping a blue skull with its teeth while wearing the headgear of a tribal person -makes this traditional tattoo design look ominous and beautiful at the same time.

Are you familiar with blackwork tattoos? It is the process of using black ink for solid animal designs among others. Blackwork tattoo ideas can be intense due to the use of strong black strokes.

In images like the one above, blackwork and tribal style fuse together to create a powerful tattoo design. The tiger is in control of itself. The feathered headgear borrows elements from Japanese culture as well as the native Americans. The blue on the skull indicates the presence of trapped souls.

Tribal tattoos are fast catching on as the go-to design for many youngsters in 2021. The range of such tattoos when mixed with tigers makes it a top draw among tattoo artists.

A full-back tiger tattoo is a very rare occurrence. You have to have that confidence to carry off this design. However, if you want to present that tiger in its natural habitat, larger surface areas like the back can be an ideal choice.

A full-back tiger tattoo can be a great message to promote the meanings of conversation practises prevalent in different cultures. The use of art to promote the idea that tigers are not free to roam in jungles due to human poachers can happen through tiger tattoos.

A simple white tiger tattoo just below the waist is a good choice for a newcomer. The sitting pose of the tiger shows its subdued nature. Although the tiger is sitting down, it is not at all resting. It is waiting for a prey.

The white tiger is a special breed of the tiger whose white color is the result of the lack of a pigment that produces the yellow and orange colour. A white tiger tattoo, therefore, holds a special place due to its rare twist.

The meaning of the pouncing tiger tattoo represents courage, strength, and power. Often regarded as the god of wealth, the tiger with a pouncing pose makes for a gorgeous tattoo design designed for protection against intruders.

Long regarded as symbols of courage and free will, you can also get tiger tattoos inked on your leg using the white tiger. People believe that having tiger tattoos could save you from natural disasters like earthquakes and tsunamis.

A hauntingly beautiful Chinese tiger tattoo design, this sleeve tattoo consists of three types of tigers layered with maple leaves. Each part has different meanings. The tiger at the top with sad eyes represents desolation and loneliness in modern times. The eye of the tiger in the middle portion is proof of determination. It shows a keen sense of focus with no distractions. The eye looks directly into the soul of its viewers as if it is reading all their thoughts and emotions. The bottom tiger is the most elegant one of the three. It shows a zest for power and style. The three tiger tattoos are as realistic as they could be.

A dash of colour is all that is needed to transform this tiger tattoo into a soul-stirring tattoo. Did you notice the reflection of the floral patterns at the bottom part of the design? Isn’t this unique? The green-coloured eyes of the tiger make it seem as real as possible. It looks like the tiger is getting ready to jump out of the arm any moment.

This tiger tattoo is a zodiac sign. The Chinese people believe that those who are born in the year of the tiger have a strong personality. These people get inked with tiger tattoo ideas using different elements like water, air, and fire. In the photo above you can see the tiger growling surrounded by waves of the sea. This is a cultural tattoo having deep significances among the Chinese people. You may think of getting this tattoo if you are familiar with Chinese zodiac signs and the meanings attached to them.

A cute tiger cub tattoo with flowers is quite cute. Using butterflies and tigers in one design means that both are related to the elements of air, both are free spirits. This adorable tiger tattoo can be inked on the neck or the forearm or even the fingers.

The possibilities have no limits. You can do anything you want with a tiger cub. Pair a tiger cub with a fully grown tiger or maybe use a baby panda playing with a cub. You may consult your artist who will provide you ideas that will be suitable for you.

Tiger tattoos have a lot of diversity. Pick one from this page or maybe think about trying another from the list below. Royalty oozes out from the tiger wherever it goes and you can keep a piece of this inked forever in your body with a tiger tattoo.

Here are some other tiger tattoo ideas: