Who Is Lev Tanju? 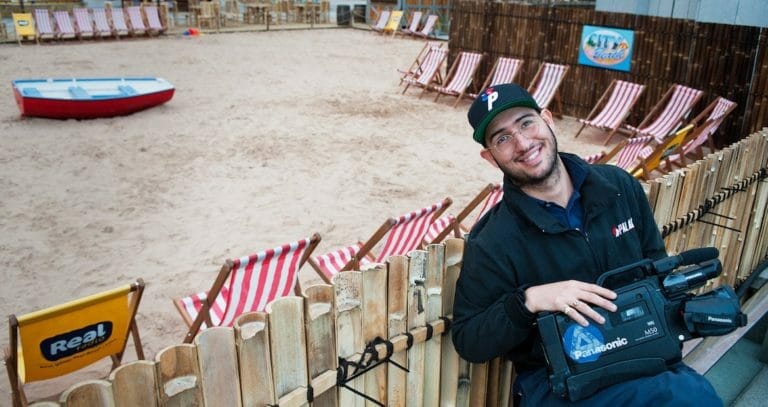 Palace Skateboards is one of the biggest brands in the world right now, but do you actually know how it all started? Lev Tanju is the mastermind behind the brand, but people actually know very little about him and how he came to make Palace into the label it is today. Here, we tell you all about him and how he has become one of the most influential people in streetwear.

Based in London, Palace Skateboards has come from nothing to something. In recent years, it has grown into the capital’s leading streetwear brand and undoubtedly now sits up at the top with the likes of Supreme and Bape. 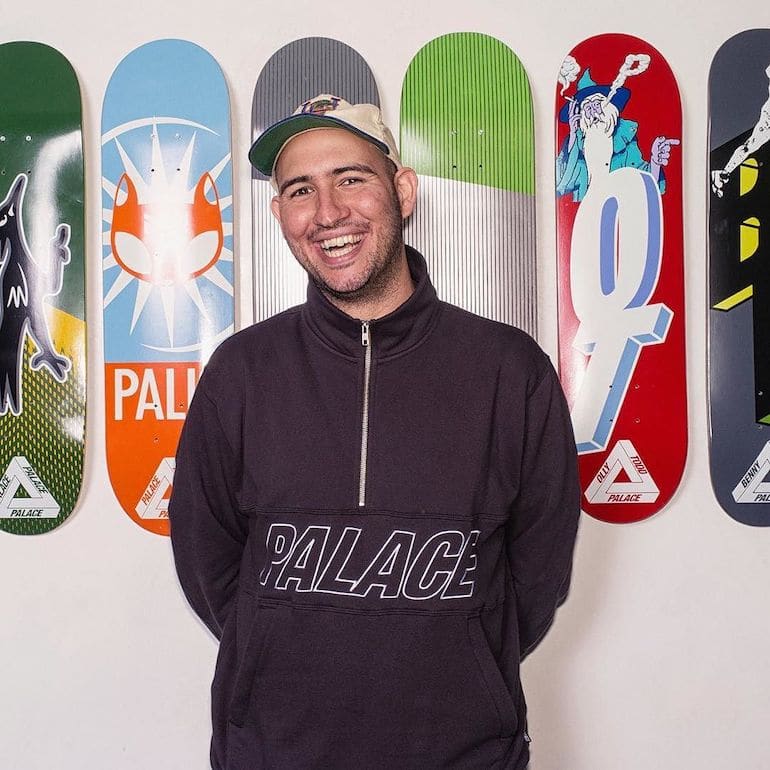 Lev Tanju is an extremely prominent figure in skatewear and streetwear. He has transformed the London skate scene and his brand Palace Skateboards is now unrivalled in the capital. The young company is one of the most exciting things to have happened in streetwear culture in the past couple of years and while Tanju didn’t necessarily expect or plan this, it is now one of the biggest brands London has to offer right now.

So who exactly is the man behind Palace Skateboards? Lev Tanju was born in London to a Turkish father and English mother. His father is an ex-pro footballer and his mother owned a restaurant in Clapham, where the likes of Jack Nicholson used to visit and get fed.

Tanju has always been a skater. In an interview with The Business Of Fashion he explained that he “had a gap decade after college, just skating and doing fun shit. Then one day I decided that I was a bum and I had to do something. I started designing some board graphics for people I live with. Then half way through designing them I thought to myself that maybe I should just start a skate company. It’s called Palace because that’s the name given to the houses we live in as they have all generally been shitholes.” 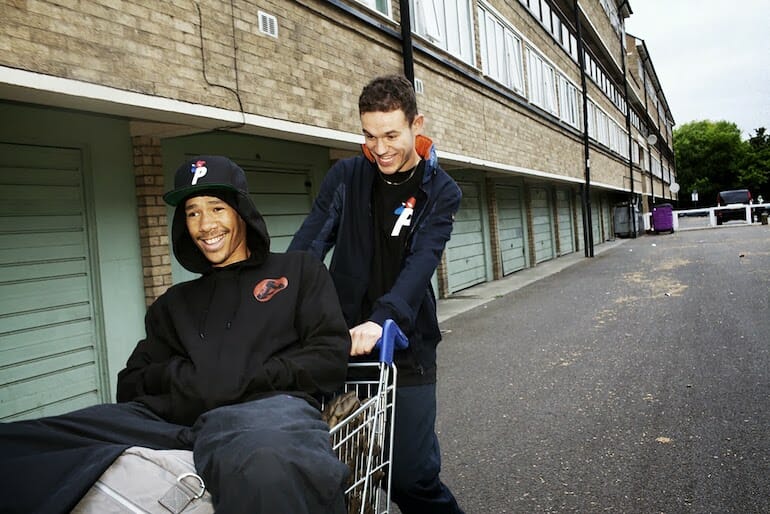 Aged just 31, Tanju has been named on the BOF 500, as well as Complex’s 30 under 30 to watch (back in 2014 when he was under 30). In an interview with Grey Skate Mag, he explained that skating is and always has been his absolute passion. “If you’re into skateboarding, you’re down with us, basically. It’s as simple as that. I’ve been obsessed with this shit forever; I can’t help it,” he explained.

How Did Palace Begin?

Palace Skateboards has been going since 2009 and aforementioned is one of the biggest brands in Britain right now. Back then Tanju and his friends were squatting in a flat near Waterloo Station and they called themselves the Palace Wayward Boys’ Choir. This was a result of the ‘palaces’ that they had been living in, which were in fact pretty awful.

When talking to Grey Skate Mag, he explained that “I got to the stage where I realised that I could start up my own company, sponsor my favourite skaters and make something better and realer and streeter than all the rest of the weak shit out there right now. I like nice clothes and I want to make nice clothes. If kids are into Palace, then I say skate Palace boards. If they’re not, then don’t. We aren’t going anywhere. Palace is about real street skateboarding and it will be, forever and ever and ever amen. There is nothing else.” He partnered with his friend Gareth Skewis and signed skaters like Blondey McCoy who still work with the company now, establishing it as a skate brand and not just a streetwear brand. 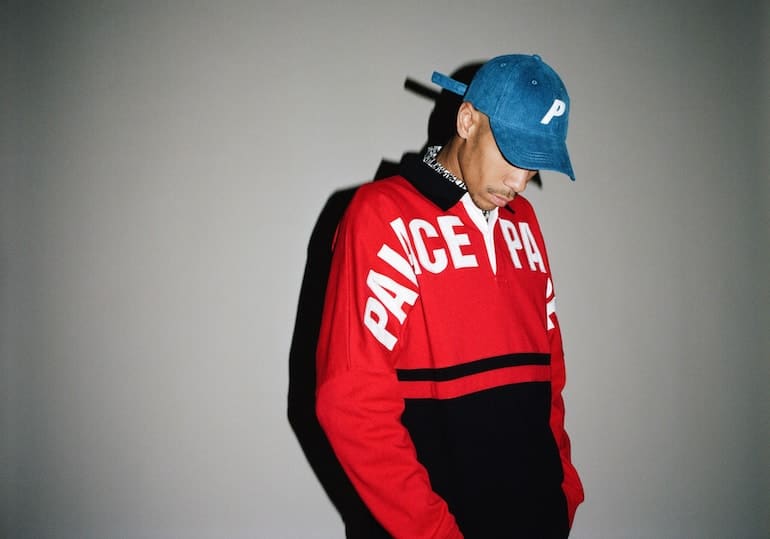 Palace clothing has completely transformed since its early days. While before it was stocked in a few select stores, the brand has expanded and now has stand alone stores in New York City and of course London. Where to buy Palace has completely changed. The process of creating a mega brand hasn’t always been easy. In the beginning people were confused as to why Palace Skateboards was charging so much for its clothing.

This infuriated Tanju and he has spoken out about it on a few occasions. “It kind of pisses me off that people perceive the prices as Palace being greedy. We really don’t make much money off hoods and tees at all. Maybe once we start manufacturing more units we can drop the prices, but at the moment that’s just how much they are because that’s the cheapest we can afford to sell things of that kind of quality. It does kind of hype me up that people are so opinionated about the doings of Palace, but it weirds me out a bit that they’re more interested in viewing something 9,000 times and replying 240 times just to hate on the price of a skate hoody.” 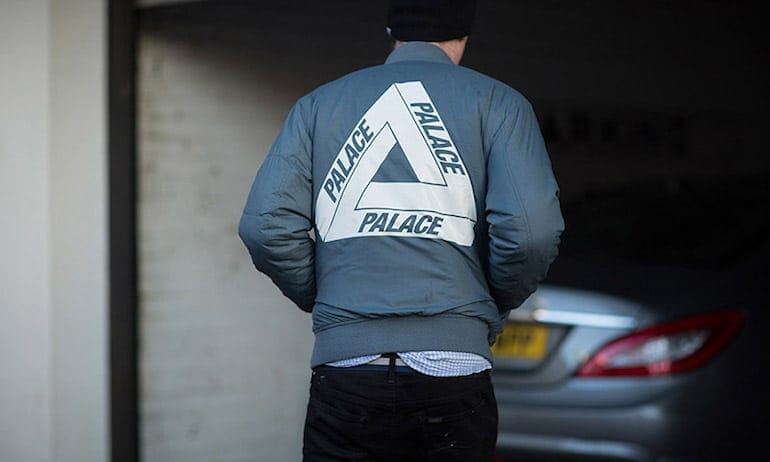 Palace has grown and grown, and is now stocked in the likes of Dover Street Market, Slam Jam Socialism and Present in east London. It’s profile has been boosted across the world thanks to its stream of incredible collaborations. These have included collabs with brands such as Reebok, Adidas Originals and Umbro.

Palace Skateboards is one of the most instantly recognised brands in streetwear right now. Its logo is the famous Tri-ferg which Tanju created in conjunction with legendary London-based illustrator Fergus Purcell. Today Palace is going from strength to strength and Tanju is the man behind it all.

He never expected it to have the success that it has done and has been very frank about the fact that he never intended to make a quick buck. “I’ve been working 7 days a week on Palace for the best part of 20 months. All money earned goes on really budget VHS cameras and paying the pros,” he has previously stated. 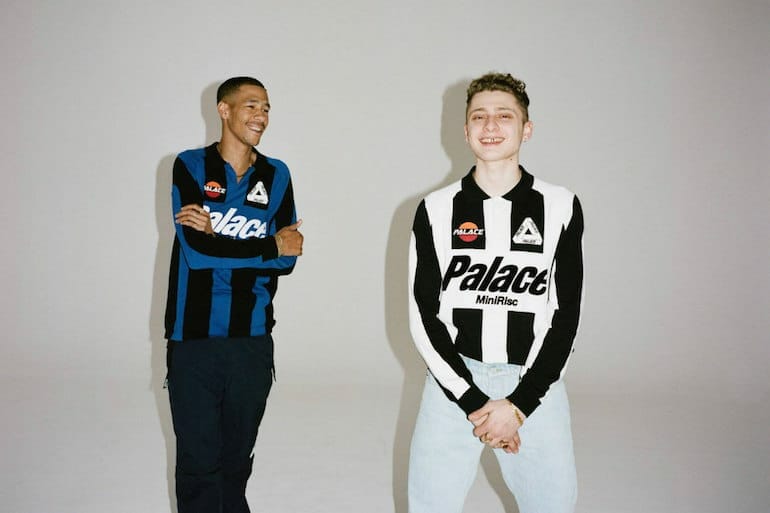 When it comes to comparisons between Palace and Supreme, Tanju is actually baffled as to why people think the two are alike. Speaking to Grey Skate Mag he explained the situation and why it confuses him. “It’s kind of funny that people compare Palace and Supreme I have no idea why. I’m certainly not following anything they do, or taking any pages out of their book. I’m just trying to make stuff I want to wear, and keep the team and my friends laced up in high-grade quality shit. Of course we will always be a skate brand – that’s what we are. A tiny percentage of people outside of skateboarding like the stuff we do and that’s fantastic because it helps us support our pros and our world-dominating team.” 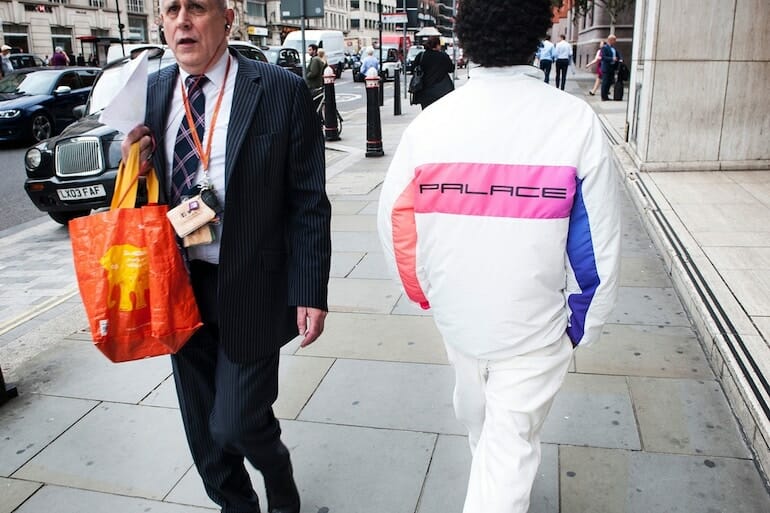 When it comes to Palace Skateboards, Tanju is very clear that he wants to champion skateboarders. Lev Tanju has always been a skater himself and believes that the brand should remain very much skate-based. Now however, Palace has garnered interest across the board, largely thanks to its collaborations and interest from across the fashion industry. Palace online is now in the same league as Supreme when it comes to its weekly drops and the hype surrounding Tanju’s brand is phenomenal. So why is Palace still so limited? That’s the angle Tanju wants to go for and it is definitely working, with Palace bigger than ever before. The success of Palace is all down to him and mainly because of how he has stuck to the brand’s roots.

As for the future, Tanju told The Business Of Fashion “I just want to look after the team and always be about good street skateboarding and make nice stuff. Make things because we like them, not because we know they’ll sell.” 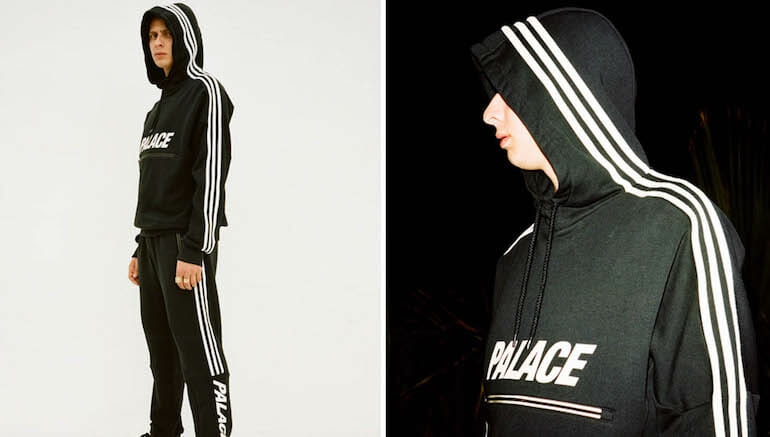 It goes without saying that Lev Tanju is an extremely prominent figure in the fashion industry, even if he wouldn’t describe himself as exactly part of it. As the founder of Palace Skateboards, he has earned himself a place on most 30 under 30 lists in previous years and has cemented himself as one of the biggest influences in streetwear. For a guy who had a very humble upbringing in Croydon, this isn’t bad going.