Attention: Here’s What To Wear With Camo Pants 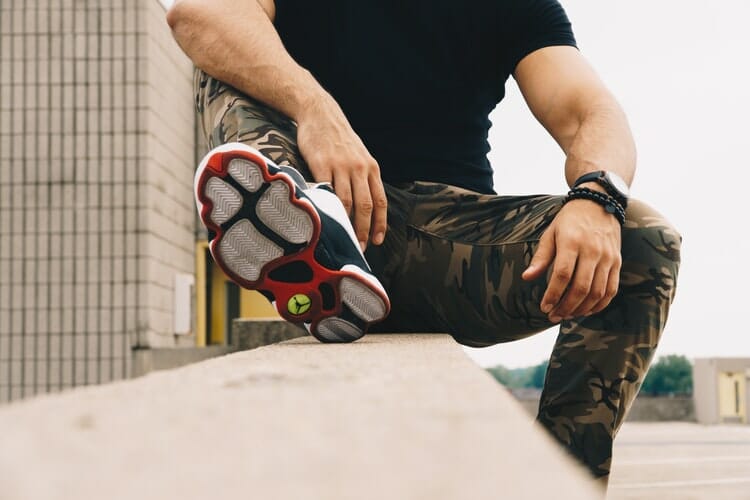 There are a large percentage of men that may believe that camouflage clothing is only for a certain crowd.

But the reality is that the camo look has proven that it is more than just a passing trend as it has transcended into now what can be considered a classic look in men’s fashion. These days, you’d be hard-pressed to not see men wear it in concrete jungles anywhere in the world.

Camo pants are definitely in fashion in 2020 and the beauty of this look is that they are versatile enough to wear for an array of looks. With so many possibilities out there, Outsons is ready to direct men towards the best approaches to wearing camo pants to create a winning look that you will love.

A Brief Look into the History of the Camo Look

The camouflage look took off during World War II, combining the hypermasculine, structured look of the military to the streets. Fast forward to today and the camo style has continued to grow as more men adopt the aesthetic into their own wardrobe. For those men that may have been apprehensive about trying out this particular style, we have some very simple style rules to follow to give you the knowledge to know what to wear with camo pants.

Defining the Camo Style for Men

The camo style is only one that is related to the military aesthetic, which also happens to include the following:

Why the Camo Look?

In fashion, the camouflage look is one that definitely has a bit of an edge and is a bold choice that works well in casual settings. A little bit of camo wear can go a long way and one of the best style tips to this look is to never go full camo – your camo pants can be paired with several ideas that we will delve into a bit later!

With camouflage serving as a neutral tone, the best part of wearing camo pants is that they can be styled in seemingly endless ways that will fit your personal style directives. Now that we’ve made the case for camouflage in your closet, take these suggestions to maximize the look.

As a more smart casual look, a tailored camo pant offers more versatility and style. Search for camo jeans and pair them with a solid colored top or jacket as daywear.

Still a casual approach, but far more relaxed, baggy camouflage pants are the more traditional way to wear them and with baggier versions, you may even want to try out louder prints to really get into the military. Men should opt for the straight-leg baggy camo print jeans or jogger style camo pants.

Men that would like to dress up their camo outfit a bit can opt for straight-legged style camo pants that can even be styled up for some business casual work spaces. If you would like to snag a great pair for your outfit, search online for vintage pants in camo print.

Camouflage pants have long ago ventured beyond the typical brown, green, and beige that they are traditionally associated with. These days, men can find camo pants to wear in a multitude of colors like purple, blue, and red. If you decide to go bold on outfits with camo pants, this is the route to take!

A more authentic approach to a camo pants outfit is selecting military-grade versions that celebrate the look’s bold print. Traditional outfits with camo pants are made of thicker material and come with several pockets, making them ideal for the colder months as they protect from the elements. These camo print pants can be found in military supply stores and are also available online.

No matter what is being worn in fashion, one thing that never changes is evolution, and camo pants are no different. Over the decades, the look of camouflage outfits for men have gone through several transformations, from the overly baggy to the form-fitting, tailored styles that occupy urban landscapes today. We provide some styling points that we believe men will love that can be used when wearing camo print pants.

Pair your bright camo pants with a nice fitted t-shirt in a bold solid color for a camouflage outfit that is easy to pull off and that directs attention to where it should be – your trousers. A bright blue, red, or canary yellow matched with camo print pants is a visual jolt and a fresh style choice. Even better if you wear camo by adding some white high-tops for a weekend warrior look you will love. If you want to up the ante and move up to a sporty casual army pants outfit, throw on a bomber jacket and add a pair of sunglasses for added effect. Just remember that this is a look that bright camo pants outfits require more than a dash of confidence as all eyes will be on you once you hit the streets!

Camo Pants with a Tank Top

In what is arguably one of the quintessential looks for the summer, camouflage trousers with a black or white tank top is a macho look that never grows old. Add a pair of dark colored sneakers and a fitted cap to make it complete.

The Athleisure Approach to an Army Fatigue Outfit

Men that prefer a more laid back, relaxed look can go the athleisure route with their camo print pants by adding a dark hoodie and a casual pair of low-top sneakers. The combination is a no-brainer and as long as the hoodie isn’t too big and bulky, the vibe you emit will be cool and comfortable.

Depending on how progressive your workplace may be, you might be able to rock a fitted pair of camo pants in the office. IF this sounds like your company, you can pull off the look if you choose a pair of fitted camo pants along with a navy blue blazer. Don’t overlook your shoe game in this venture – complement the look with a pair of suede derby shoes to keep the class factor high.

This pairing of a navy blazer and camouflage trousers is irrefutable proof that a safe outfit doesn’t have to be boring. A pair of navy suede derby shoes instantly amps up the classy factor of your outfit.

Think outside the conventional by pairing your neutral camouflage trousers with a neon top that brings ENERGY to your look – yes, in all caps! Neon hues from electric purple, fuchsia, and green are known for bringing life to muted tones, and with camo pants, you have the perfect opportunity to try out a new aesthetic you may love.

Even camo pants can go the upscale route when you add a classic men’s cardigan into the mix. Try auditioning a cream colored cardigan over a pair of traditional camo pants. It’s an adventurous yet bold look that hits the mark! Beyond the cardigan, men can match up their camo pants with a quilted gilet that works as the perfect casual outfit for the fall. Wear a light-blue long-sleeved shirt underneath and you’re ready to go!

Truly fashion forward men will pay attention to what they are wearing from head to toe, and with camo pants, you especially want to be aware of how the finished product will look. For the summer months, you have the option to wear sneakers in an assortment of colors that will be fine to wear with traditional camo pants. Sandals and camo pants are also a more relaxed, casual look that is comfortable. During the colder months, camo pants can be paired with some all-terrain boots like Timberland’s.

What To Wear With Camo Pants: Editor’s Notes

Styling camo pants may take a bit more strategy and preparation, but armed with the essential elements, it can definitely be done – and with grand results. Men that want to stand out from the crowd can incorporate some of these rules into their personal style and really leave their mark!