What To Wear To Wimbledon 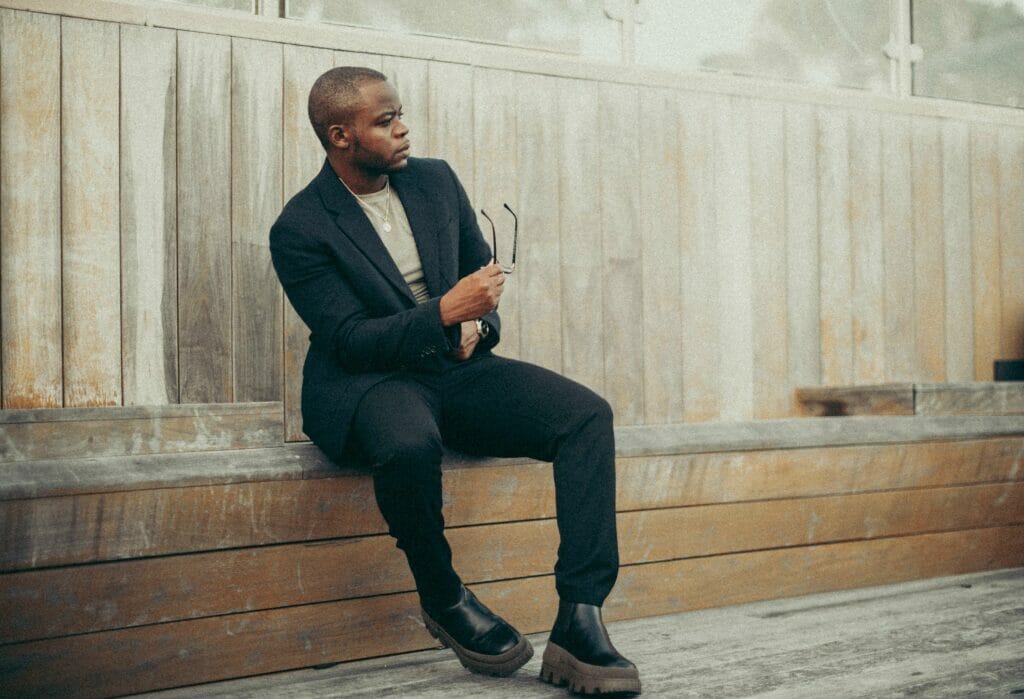 Tennis season is approaching. The sun has come out and the rackets are ready for use. And for those of you that are more about serving up strawberries and cream than serving up on the court, we’ve put together a guide that will have you looking Wimbledon ready in no time.

When Lewis Hamilton got turned away from the Royal Box because of his flamboyant floral shirt and lack of a tie back in 2015, the dress code became more of a reality to those attending. Wimbledon has always been smart, with lounge suits, tailored blazers and formal shoes taking centre stage. But, as dress codes have become a lot more casual recently, it can be hard to work out what is actually acceptable. Because even if you are one of the best F1 drivers around, you still need take a look at the dress code before you start picking out your annual outfit.

What Is Smart Casual?

When it comes to smart casual dress codes, a lot of the time, the code has become a lot more casual. You can now wear a pair of jeans and a shirt to formal occasions, and not everyone wears a full on suit to work anymore. But even though jeans may be acceptable for some events, when it comes to Wimbledon, you need to sway more towards the smarter side of smart casual.

Since it began, Wimbledon, hasn’t actually had a specific dress code for the spectators. The players however have to wear all white everything with minimal colours incorporated in if they want to. But if you’re making your way to the courts to see the match unfold, it’s always been expected for you to turn up looking smart. This means no torn or untidy jeans, no running or sporting vests and no sports shoes or dirty trainers. You should turn up in something pretty formal.

Because it’s proposed that you dress up a little for the tournament, knowing what to wear can seem confusing and stressful. And, as it’s pretty different to every other sporting event you may have in your calendar, it’s a bit of an anomaly when it comes to deciding what to wear.

What to Wear to Wimbledon

It can be argued that Wimbledon has one of the strictest dress codes in the sporting world. So, what do you actually wear to the two week event? A suit is probably the most classic outfit to go for as it automatically gives you that formal look. And yes we know you may be thinking that this is a boring decision but you don’t have to go for your standard work appropriate suit. You can go for something a bit more exciting.

Think about the fabrics and colours when choosing you’re Wimbledon outfit. Navy is always a good option and so is cream if the weathers permitting. Double breasted is also a great style to choose for this kind of event, especially if you’re opting for the matching jacket and trouser look. And, to make sure you’re keeping the outfit summery, pair the suit with a light coloured shirt and tie with either loafers or sockless monkstraps. Another thing to remember is that it’s all about the accessories when it comes to Wimbledon suits, but we’ll get on to this a bit later.

Another outfit that’s always a winner is the blazer look. This is very popular amongst the stylish selection of celebrities that take to the stands as it seems to add a touch of personality to their attire. Between a coloured or patterned blazer and a coloured or patterned pair of trousers, Wimbledon goers are very fond of this combination. You can experiment with designs and colours as long as you keep the rest of your outfit pretty simple. Just remember that with this kind of look, you have to think about colour matching a bit more as you don’t want to look completely miss-matched.

Is It All about Colour?

As Wimbledon happens in the peak of British summer, it’s all about bringing in some colour to your look. It will not only make you look on trend and stylish, but it will also keep you fairly cool heat wise. You don’t want to be wearing all black when the suns shining down on you. Plus, as Wimbledon has such a rich history and heritage, everyone loves to stick to the traditional ‘posh’ aspect that it has managed to keep over the years.

Colours such as cream, white and beige are all musts for the occasion. You can pair these in loads of different and exciting colour variations so, if you like wearing a signature or go-to colour, you can simply add it into your outfit when the base colours are so easily complimented. Colours that have been popular at Wimbledon each year have been navy’s, pinks, light blues and whites. So if you mix and match these simplistic tones, you’ll have a real Wimbledon winner.

Think about Your Accessories

The sun should hopefully be out in full force so it’s all about the sunglasses when it comes to Wimbledon. The classic Clubmaster or Wayfare style is an all time favourite for the crowds. They’re summery, sturdy and can be worn in a few basic colour shades. If you do want to stand out from everyone around you, clear or light coloured sunnies can be a great alternative to the usual black or brown.

As well as a good pair of sunglasses, you need to think about your tie and the tie pin. As it’s a pretty formal event to dress for, you usually have to be wearing a tie. You don’t have to go for your usual style or colour though. Try to pick out a coloured piece that’s got some kind of texture to it. For instance, a pink knitted tie will give you that summer appropriate look.

If you do go for the tie-less option (which you wouldn’t be able to do if you were invited into the Riyal Box) you need to ideally make sure that your shirt is either stylish enough to be worn undone a little or, that it still looks good buttoned up without the tie. You don’t want to seem as though you just forgot to put a tie on that morning.

Finally, we come to the shoes situation. If the weather has decided to pull through, you don’t want your feet to be overheating in a pair of chucky formal shoes all day. You can opt for loafers or drivers in either a tan or a brighter colour. The good thing about this style of shoe is is that they can be worn in brighter and more extravagant colours. You can wear blue or navy loafers and they won’t look out of place. If these aren’t your kind of thing, switch them up for a monk shoe or light brogue. Still as smart, just not so wide on colour.

And of course you can wear trainers if you want to, you just need to make sure they’re clean and not a sports shoe. They also need to work well with your outfit so combining them with a pair of trousers and a T-shirt or polo will work best as it brings in the casual aspect of the trainers into the look.

Wimbledon pulls together the very best of everything that’s British. With a long and traditional history, you haven’t fully experienced tennis until you’ve gone to at least one Wimbledon match. This prestigious British event has seen a lot of famous faces over the years, each bringing their own style to the stands. Some get it right, some get it wrong. So whatever enclosure you’re in, you’re going to need to do your research if you want to turn up in style to the world’s oldest tennis tournament.