Trilby vs Fedora, Which is More Stylish, and How to Wear Them 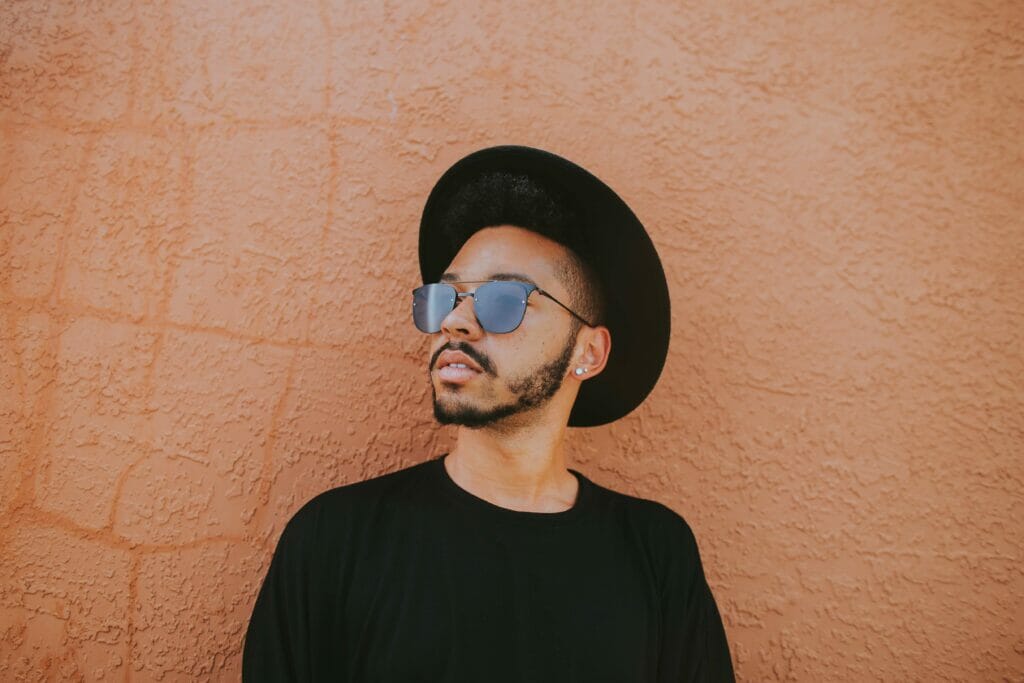 Holiday season has arrived. Are you going away this summer? Regardless of whether you are off on your jollies, or just relaxing and spending your time off at home, we have the low down on fedora and trilby hats that will protect your head in the sun, while giving you a stylish edge.

Men’s hats are becoming increasingly popular in the fashion world. Once upon a time it was dubbed as old fashioned to wear a hat, unless you were a rich, top hat wearing kind of bloke, but now we live in a world full of caps, snapbacks, flat caps and beanies. Here, we give you all the info you need on two particularly suave styles – the trilby and the fedora.

So which hat do you choose, the trusty trilby or fashionable fedora? Fedora vs trilby. In the fashion world in general, the fedora is favoured more out of the two, due to the fact that some trilby hats are sometimes likened to 2005 boy band members. However, this could be the look you like, and if so, why shouldn’t you wear a trilby?

We know it’s a hard choice, but here we discuss some details and tips to help you decide which of the two is better suited to you.

The Difference Between Fedora and Trilby Hats

Too many people believe trilby and fedora hats look very similar, so it is normal to be a little bit confused at first. Here’s are the trilby fedora differences.

The fedora hat originated in 1891 after the stage play Fedora. Princess Fedora, the cross dressing heroine of the play, wore a centre creased and soft, wide brimmed hat. And this is how the fedora hat came to be. It was when Prince Edward of Britain started wearing them in 1924 that the hat became popular among men, and have been ever since.

Fedora hats generally have a wide brim (approx. 2in/6cm wide but are known to sometimes be wider). This is for functionality, as the hat is often worn in the summer time and therefore a wider brim helps to keep the sun out of the eyes. This is also why fedora hats are best worn pulled over the eyes slightly – not to mention this looks super slick. Fedoras also tend to have a shallow crown. Traditionally, they are made from long lasting and durable materials such as 100% cotton or felt.

The trilby hat’s name, sometimes also known as the ‘brown hat’ in Britain, also comes from a play. During the stage adaptation of George du Maurier’s 1894 novel Trilby, performed in London, a hat of this style was worn and so the trendy trilby hat was born.

Compared to a fedora, a trilby hat is the total opposite. It has a much smaller brim, a taller crown, and is frequently worn on the back of the head. This means it is used much more for style purposes rather than for practicality as it provides no shade for the eyes as a fedora does. Trilby hats are usually made from tweed or straw, making them wearable and transferable through many seasons, from spring to summer to autumn.

What is a Fedora?

A fedora hat is known for being cool, classic, and ultimately, a timeless accessory item for men. Its wide brim and durable fabric make it perfect for protection come rain or shine.

What to Wear with a Fedora Hat

Wondering what to wear with a fedora hat? Stick to the classical vibe by teaming your fedora hat with a smart blazer, sleek shirt and slim fitting suit trousers.

I feel like someone important when I wear my fedora hat.

What is a Trilby

So, we have established that trilby hats are often aimed at a younger audience of men, seeking a hip, musical, often boy band look, celebrated for attracting the ladies (or men, whoever takes your fancy). A trilby is worn off the face, for a modern fashionable style.

What to Wear with a Trilby Hat

So you have taken the plunge and bought yourself a trilby. Now, what do you wear with it? Follow the fresh, young, modern feel of a trilby hat and wear double denim in the form of a denim jacket and pair of skinny jeans. A t-shirt should be worn underneath to add a touch of youthful colour.

If you fancy yourself as a bit of an Al Capone, or you like the mystery of the mafia, you will be happy to know that the fedora was the hat of choice for many members of the underworld. This is probably due to the fact that they ooze sophistication, style and wealth – or because they are good at hiding the eyes when making an escape!

Other famous faces that share a love of fedora hats are:

This leads swiftly onto the most famous fedora wearing icon of all time. Yep, musical legend Frank Sinatra, part of the infamous bad boy gang The Rat Pack, was known worldwide for wearing fedora hats, the Frank Sinatra hat. The Rat Pack consisted of a group of both singers and actors, including Humphrey Bogart (until his death in 1957) Frank Sinatra, Dean Martin, Sammy Davis, Jr., Peter Lawford and Joey Bishop. They were almost all known for donning a fedora hat in their time.

Now lads we know all this time we have been telling you how wide the brim on a fedora is, but as with most things in life, there is an exception to this rule. Introducing the short brim fedora, exactly the same as a traditional fedora, but with a short brim (shock). Choose this style if you don’t particularly like the feeling of something covering your eyes.

A pork pie hat is another similar take that comes under the fedora/trilby umbrella of hat styles. The main feature of a pork pie hat is its brim. The brim is short and turned up the whole way around the hat, leading to the hat’s nickname the ‘stingy brim’ due to its narrowness.

Like fedora hats, pork pie hats have a very shallow, if not flat crown. They are made from a variety of materials including cotton, felt, canvas, straw, or if you are being really fancy, silk.

So to sum up, the main characteristics of a fedora hat are:

To ensure you know what you are looking for when purchasing a trilby hat. Look for these signs:

How to Care for a Trilby or Fedora Hat

It is recommended that the best way to store a hat is to keep it hung up on a hat rack or a special hat peg. This is ok in the short term, however, if you decide to store your hat this way then do not follow this method for a long period of time. This is due to the fact that the hook or peg itself can leave an imprint in your beloved hat’s material. Also, the force of gravity pulling down on your hat can change its shape in the long run, and you don’t want that.

Top Tip – When putting your fedora or trilby hat down, always put it laid down on its crown. This will stop the brim from getting damaged and therefore changing the shape of your hat as a result.

Top Tip – Use a brush with light coloured bristles for pale coloured hats and vice versa. This means that nobody will notice if any pesky strays get left behind.

Your Quick Guide to Fedora and Trilby Hats

On a Final Note

To conclude, hats are an important part of a man’s every day life. From their functionality and practicality, to their stylish edge, they serve a purpose. It doesn’t matter whether you decide on a trilby, fedora, or even a pork pie hat, whatever you do, just wear it with pride.