The Best 3 Loafers You Should Invest in This Season 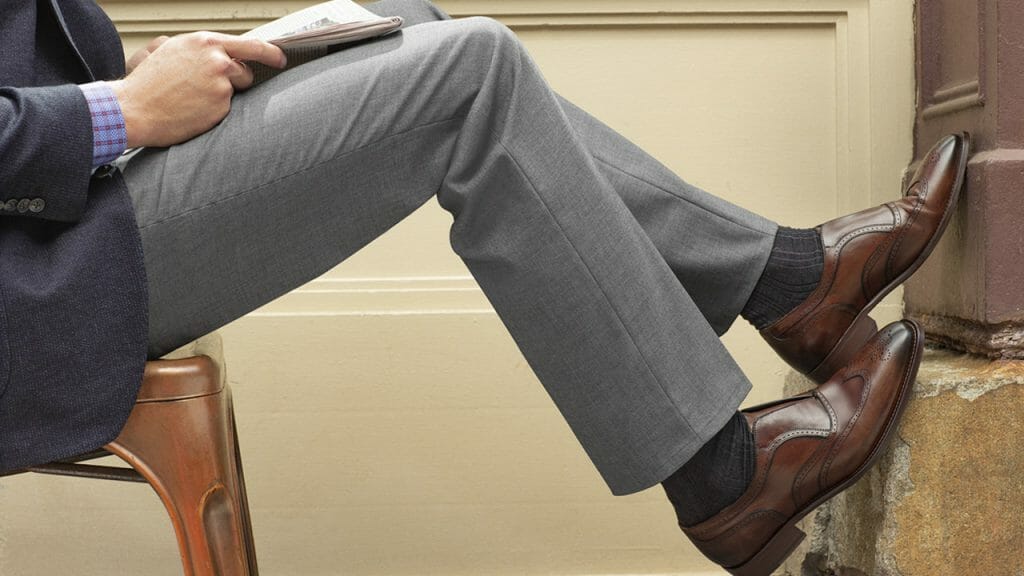 With its unique style, a good pair of loafers will instantly lift your outfit. So step into the world of loafers, and discover just how versatile they are.

Loafers (or Slip on’s) come in a range of styles and colours, but are sometimes the victims of shoe – snobbery. Some consider them to be too flamboyant, while others argue they’re difficult to pull off successfully, unlike the famous Oxfords or Derbies. This couldn’t be further from the truth.

They are made in the same shape as the lace-up Oxfords, however loafers are lace-less and have elasticated inserts on the side. They’re easy to put on and take off and give you a snug, comfortable fit. Just like other formal or smart shoes, loafers are made from either leather or suede. Generally speaking, you’d want to wear leather ones in the winter and suede ones in the summer, as it’s always a good idea to keep the latter away from any moisture.

Loafers can also be made from other materials, and there are plenty of styles to choose from. From the classic penny loafers to tassel loafers, there’s something to suit everyone’s taste and we’re here to show you how to wear them.

For a preppy classic, you can’t go wrong with a penny loafer. Smart, durable and comfortable, it’s a must-have for every man’s shoe rack. They’re often associated with American politicians or film stars, however the penny loafer was first made in Norway by shoe maker Nils Gregoriussen Tveranger. They were originally called the ‘Aurland Moccasin’ which was inspired by indigenous Native American tribe, Iroquoise.

In 1954, US brand G. H Bass & Co released an adaptation of the original design called the ‘Weejun’. They’re characterised by rope detailing on the side, and an extra strip of leather across the saddle. They also feature a diamond cut-out detail which made it an ideal compartment to stash away a dime coin. (Hence the name penny loafers.)

Although they work well with formal outfits, such as summer suits, they work best with smart-casual wear. Their perfectly polished look adds a certain formality to this particular style of outfit. So when you think about matching your pennies to an outfit, team them up with a short sleeved shirt and chinos, or an Oxford shirt, blazer and dark jeans.

Another famous type of loafer is the tassel loafer. You don’t have to think twice about what makes it different to the penny loafer! The exact origins of the tassel variation are unclear, however the famous rumour is that American actor Paul Lukas approached a number of shoe makers in the 1940’s to design a shoe with a tasselled Oxford style he bought back from Europe. In 1950, the Alden Shoe Company released the first tassel loafer which became a huge hit.

They gradually gained acceptance among the American East Coast prep school crowd and soon men began wearing them with suits. That’s why the tassel loafer is often associated with the legal classes.

So try them with a suit, or for a more smart-casual look in the summer, swap the trousers for a pair of tailored shorts. Obviously without socks! If you’re worried about perspiring in your loafers, try sprinkling a little talcum powder on your feet before you put them on, or opt for barely there socks.

Horsebit is arguably the proper name for this particular style of loafer, however they’re commonly known as the Gucci loafer. After working at The Savoy Hotel in London, Guccio Gucci returned to Italy and combined his observations of refined style with the Gucci’s company saddle making history.

In 1953, the first horsebit loafer was created. It was so successful, that it not only propelled the Gucci brand to stardom, it was added to the permanent collection at the Costume Institute at New York’ Metropolitan Museum of Art in the 1960’s.

As it’s been hinted, these loafers took the ‘horsebit’ name from equestrian wear. The tassel is replaced with a brass strap in the shape of a horse’s snaffle (a bit mouthpiece), and its rumoured that conversations about polo matches and horse riding inspired its creation. This is perhaps the dressier loafer and will go extremely well with formal suits. If you find the price tag for an original Gucci pair a little too steep, a good imitation can still give your outfit a dressier look.

Your horsebit loafers can carry you to almost any occasion, make sure you utilise them
PHOTO CREDIT: Pinterest

Loafers come in a variety of materials, from suede to leather and everything in between. Protecting your loafers and making sure that they don’t look scruffy is vital, there’s nothing worse than a dirty loafer. We’d recommend cleaning them before and after you wear them so that they don’t go bad. Mr Black make a range of cleaners and are a great way to protect your shoes. You can tell a lot about a person by the way they keep their shoes, remember that.

Your loafers are perfect for any occasion you may find yourself attending
PHOTO CREDIT: Pinterest

Your loafers are extremely versatile and come in all shapes and sizes. The great thing about all styles of loafers is that they can be worn to the office or to a club, with much change in your outfit. A classic loafer should be partnered with a white shirt and some trousers to give a heritage style look. If you’re attending something more casual then you are going to be more inclined to wear jeans with a shirt and loafers to make the look more modern. Don’t be scared to experiment with your loafers!

Keep your loafers clean and make sure that you protect them properly! Shining your loafers, just like any other style of shoe is an important part of looking smart and setting the right impression. Your loafers and the way you keep them will say a lot about you, remember that.