The Rise Of Chav Fashion 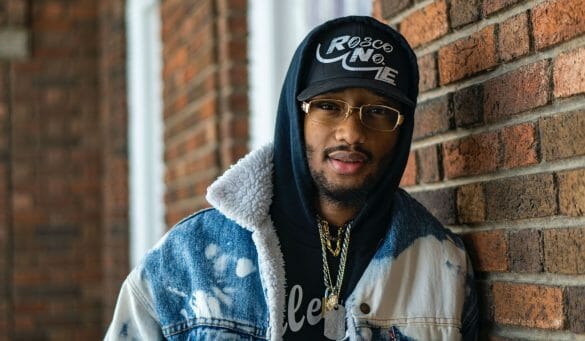 While the term ‘chav’ may have become popularised as a derogatory term to describe a lower class, it has actually been given some more positive attributes in recent years. In terms of the fashion industry, what the chav once represented has been appropriated and is now one of the biggest influences on fashion trends. Below, we will detail how what was once a wholly negative thing has become totally acceptable, and in some ways or another the chav is now looked up to in terms of style.

While you may hear the term ‘chav’ and instantly think of negative things, you’d probably be wrong to do so. Sure, we agree that once upon a time there were extremely negative connotations linked to the term, but today it has become ironically accepted and almost looked up to.

So first of all, what exactly is a chav? Chav is a pejorative term used to describe a certain type of youth who predominantly wore sportswear. The term was originally derogatory and referred to a youth sub-culture in the United Kingdom, mainly made up of boys who had loutish behaviour and wore athletic-wear paired with imitation and knock off designer clothing. So what is chav fashion? Athletic-wear, Stone Island, counterfeit Burberry, tracksuits, Nike Air Max 95s, Nike Tns and plenty of over-the-top jewellery – think signet and sovereign rings bought down at Argos. These became ‘chavvy brands’ in a sense and became an unofficial uniform for the chav subculture.

Back in the early Noughties chav culture was at its peak. David and Victoria Beckham dressed head-to-toe in chav fashion, donning puffa jackets and New York Yankees caps. It then began to gather even more negative connotations and slowly this way of dressing slipped off the radar of many people, instead being associated with bad taste and a certain ‘naffness’.

Since that however, the chav has become somewhat of a fashion icon. Whereas before to dress like one was frowned upon, now fashion houses everywhere have begun to look to the chav for inspiration, and more often than not, collections have been largely based upon what chavs wore when they came to the fore in the Noughties. Now the ‘lad’ culture that is associated with chavs has been appropriated in the fashion industry and it is not hard to see the impact it has had.

The biggest story regarding fashion’s relationship with chavs focuses on the British brand Burberry. Back in 2004 the luxury goods house saw a sharp decline in sales due to a rise in the amount of counterfeit Burberry products. Now, it wasn’t the fact that people could buy knock off Burberry at a cheaper price than the real deal that caused a decline in sales, it was the fact that so-called chavs were wearing it. A fake Burberry cap was instilled as part of the informal uniform of chavs and so the brand, by no fault of its own, became associated with hooliganism and lad culture. Stockists began to comment on the negative association with Burberry and it was at this time that it seriously overhauled its image. In came Christopher Bailey who turned the brand on its head, ditching the Burberry Nova check print which had been stolen and adopted by counterfeits and chavs.

CEO at the time Angela Ahrendts and Bailey decided to strip back what Burberry had become. They removed the brand’s check pattern from all except 10% of the products that Burberry sold. Bailey enlisted the likes of Cara Delevingne, Eddie Redmayne and Naomi Campbell to fly the flag for the brand and its fortunes turned around.

In 2017 Christopher Bailey announced that he would be making an exit from Burberry, stepping down as president and chief creative officer. His penultimate collection was a shock to many. It was an ironic harkening back to 2004 and the early Noughties era of Burberry. He celebrated the check that became so infamous in the UK as a sign of the chav, and it has become one of the best-selling and most popular Burberry collections to date. The clothes were typically Burberry, with checked caps and shirts paying homage to the brand’s less fruitful years in a way that mocked them. Essentially, Bailey championed the chav and it wasn’t knocked. His decision to feature tracksuits and the Nova check highlighted the way that fashion had turned around and how Burberry, the stalwart of British fashion, was saying it was OK to dress like a chav.

Grime has been largely to thank for a resurgence in the tracksuit and other sportswear as acceptable menswear (and womenswear). Fashion has taken note of the influence that the grime revival has had on youth culture, and now no matter what catwalk you look at (with menswear especially) you will spot some influence from the tracksuit – formerly the go-to for chavs.

While chav fashion is somewhat different to that of those who favoured grime in the early Noughties, it is undeniable that the pair go hand-in-hand and are extremely similar. Since 2010 Grime has seen a resurgence in popularity, with artists such as Skepta, Stormzy, Giggs and JME bringing grime to the mainstream – you now can’t listen to Radio 1 without hearing one of these artists. Consequently, Grime has had a massive impact on fashion in recent years, with designers taking note of what young people are wearing and the ensuing catwalk collections becoming increasingly more streetwear-aware.

In this decade Kurupt FM of People Just Do Nothing fame have also caused a resurgence in the chav way of dressing. Dressed head-to-toe in tracksuits and sportswear, founder MC Grindah says, “we’re fashion icons, mate. Look at us.” What the mock group represent has slowly come to the fore in British fashion and even brands from the likes of Cottweiler and A Cold Wall to Gucci and Prada have built on how these guys dress. Prada has taken it way back to its roots and brought back Prada Sport aesthetics for Autumn/Winter 2018 – something which was at its height when chavs started sporting it back in the early Noughties. Grindah continues, “fashion’s just a part of me. It’s a day-to-day ting. If I buy Nike 110s, you lot probably call them 95s, but we used to call them 110s cos they cost £110 back in the day, it’s aerodynamic. If I need to run away from DTI and all that, they’re perfect for it. To me, it’s all within me. I don’t even look at it as fashion. I look at it as life. Fashion equals life. People are always like, ‘Rah you’re always dripping in Mosh. Can I touch it?’ No, you can’t touch it. Get your hands off me. I’m like a museum. ‘Don’t touch’.”

Kurupt FM have undoubtedly brought chav fashion to the fore once again alongside brands like Burberry, and rather than knock it, they are celebrating it.

Russian designer Gosha Rubchinskiy has fully championed lad culture. His collections reflect that iconic chav aesthetic and he has collaborated continuously with the likes of Adidas as a celebration of sportswear. His collections are wholly Russian with a football hooligan vibe, which is something that was extremely prevalent when chav culture first came to the fore.

For Spring/Summer 2018 he collaborated with Burberry and brought back the British brand’s aforementioned and somewhat negated check in a wholly chavvy way. Think all over check, reimagined burberry trench coats and short jackets, paired together with tracksuit bottoms and check caps. It was like stepping back to 2004 and walking through a South London market.

That said, Rubchinskiy has championed the chav culture in a high fashion way, taking the old Burberry aesthetic and bringing it back to its former glory. His collections hark back to the Nineties and they do so in a way that champions the chav fashions of the time. “I started to think, ‘What was going on in England (during the Nineties)? What was the most iconic thing?’ And, of course, it was Burberry” he explains.

For Autumn/Winter 2017 Vetements put out a collection that championed stereotypes across the world, notably in Western culture. One of these was the chav. What was noticeable though about the image the brand put down the catwalk was that it is exactly how people are dressing today – so-called chav or not.

What was also shocking was that Vetements presented this collection at Couture Fashion Week. Vetements was basically saying, these are stereotypes, but they have influenced the highest forms of fashion and we place them alongside the best. Chavs may not have once seemed like your standard fashion icons, but trust us, they are now deemed as one of the more fashionable stereotypes on the planet.

The chav may have once been negated to the point of extinction (it rapidly disappeared in the Noughties) but today it is being celebrated to the fullest and has made a successful return. Fashion has taken note of the fact that, quite frankly, the chav has influenced a lot of what youth culture represents, and fashion labels have in turn been influenced by this. Burberry now champions its former image that became a subject of criticism, and brands like Vetements and Gosha Rubchinskiy are all also heralding the chav aesthetic.