The Do’s and Dont’s of An Office Romance 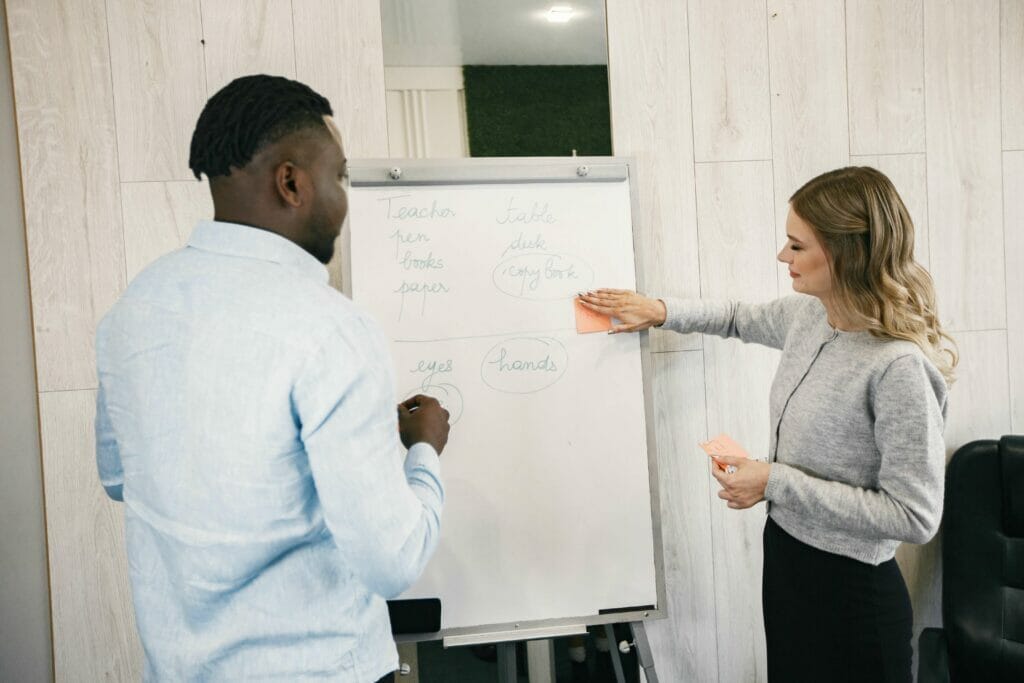 With Christmas time well and truly upon us, the chances are highly likely that someone in the office is going to have one too many champagnes and go in for that office romance they’ve been daydreaming of for months. Here is our full guide to the do’s and dont’s of an office romance.

You’re not the first if you’ve been running the idea of an office relationship through your mind at work. It is so common to feel infatuated with someone at work, be it your boss or your coworker. It’s no secret that an office romance can be a pretty risky card to play, so we’re going to put our cards on the table and deal you the do’s and dont’s of the classic work romance. We like to think we can give some solid workplace relationship advice, but what you do with this is up to you…

Are They More Common Than You Think?

A lot, if not all, people will tell you that dating in the workplace is a bad, bad idea. Workplace dating can, really, only go one of two ways. It can end up being the best decision you’ve ever made, where you go on to get married and have 3 children and 2 dogs, or it will end up in a disaster where either one of you may quit your job or at least not be able to look each other in the eye again. There is no middle ground. That is it.

Despite these obvious risks, romance in the workplace isn’t as uncommon as you may think. Research that Journalist.org have carried out state that the chances of a workplace romance double in winter months. 45% of their survey participants said they had dated a co-worker at some point in their professional life and 20% said that their office flings have involved a married partner. Sounds messy, right?

Apparently, relationships in the office are more likely to be initiated at the Christmas party over any other time of the year. In fact, 31% of first kisses between colleagues take place at the office Christmas party. With Christmas just on the horizon, are you going to make or break that possible fling with the one you’ve been eyeing up? If so, read on for some top tips (not by experience, we assure you).

This is where so many people go severely wrong. It’s essential you read the signs, and read them well. Your coworker may smile at you every so often, and sure, it could be flirtatious, but she could be smiling at everybody. No, she is not a ‘player’, she is just friendly. Equally, be careful how you approach others who may mistake your friendliness for flirtation. There is nothing worse than getting the wrong idea and either being rejected or facing rejection.

Not to be the buzz kill, but we really do think you should put your job first. This means not getting carried away and letting your work become sloppy because of the office romance. It also means you need to check and double check your company’s policy. A fair few companies will have it clearly stated in the contracts that no inter-work relationships are permitted. If this is the case, you should be avoiding getting into any trouble with management. It may seem like fun at the time, but it wont be so enjoyable when you’re sent your P45 in the post.

Even if it doesn’t state anything about workplace romances in your contract, you should still be wary. The aforementioned study showed that 26% of employers state that they would prefer their staff not to date each other. Even if there’s nothing they can do to stop you, it’s not a good idea to give them an excuse to make your life hard.

If you’re getting into a fling with your collegue, you need to ask yourself whether it is, in fact, just a mere fling, or whether there is potential for something more in your life. When you’ve established this, you need to speak to the other person in question to see if you’re both on the same page. If you’re not looking for anything serious when the other person is, it’s inevitable that somebody will get hurt. Just a heads up, women don’t enjoy being hurt, and the consequences of you doing this within your workplace could be brutal.

Another terrible mistake is to play the colleague field – what a fool you would be. It’s risky enough to date one coworker, but multiple? That’s a recipe for disaster, and the disaster will most likely end up being you without a job, or a woman. Be honest from the go to make sure that you are both even and clear headed about the journey of love you are about to embark on.

If you’re going to be dating someone you work with, you need to communicate with that person and discuss whether you want to keep your relationship discreet or whether you want to shout it from the rooftops. Our advice? Stay hush. We say this for two reasons. The first being, if you want to have a real shot at making something together – like babies – you should do this properly and allow yourselves to take the whole thing slowly and at your own pace. If your colleagues find out, they are more than likely to make jokes about it, and even if they have all the best intentions in the world (which is unlikely), this will only put unnecessary pressure on your and your new-found love.

Secondly, and to put it bluntly, if it goes wrong, you’re fu*ked. The last thing you need is to make the situation 100 times worse by having everybody in the office know that the two of you tried and failed to be together and now have to sit and look at what you’ve done every day. Not fun. Also, your co-workers will never let you forget it.

How To Flirt At Work

If you’ve taken our advice, your office romance will be kept on the hush. This means that if you’re going to flirt, flirt discreetly. A common mistake that people having office flings make is flirting over email. People – emails can be monitored. They shouldn’t be, but it isn’t unheard of. The last thing you want is to be pulled into a meeting with your boss to explain why there are nudes all over your email stream. What’s even worse than this? Accidentally hitting the wrong button and sending your personal emails to everyone in the office. We have heard so many horror stories of this happening – don’t let it be your horror story.

So, how should you flirt at work? Well, if you sit near each other, a little game of footsies here and there never did anyone any harm. If you want to be extra risqué, coordinate your coffee-making breaks and touch each other’s hands as you reach for the kettle. Naughty.

You really shouldn’t have to read an article to realise that this is so very wrong. Dating the boss as an office romance may appear like a great idea, but whatever you do, make sure they are not married. Equally, if you are married, get a grip. You won’t only be making your life a lot more complicated, but you’ll also be wrecking someone else’s life. Is that something you really want to live with? No. the answer is no. Try and make ethical dating your number one rule. If there’s a ring on it, keep your mouth – and legs – firmly closed.

Whether it’s a one night stand or a long-term deal, if you don’t want your coworkers to know about your relationship, you are going to have to coordinate your exists and entrances. If you’re off out together after work, arrange to meet a road or two away from work. If you’ve spent the night together and you’re coming into work the next morning, hang back and let the other person go into the office first. One thing worse than your coworkers knowing what’s going on is them speculating and gossiping about it between themselves and behind your back.

Similarly to the above, if you’re keeping your fling on the down low, you’ll need to be careful about what you’re posting on social media, especially those where anyone can view your activity. If you get drunk and take multiple snaps or Instagram stories, be sure that you’re a) not both posting the same thing (don’t insult your colleagues’ intelligence) or b) accidentally catching them in the video (mind those reflections etc). Careless behaviour like this will be the trigger of countless rumours and a whole load of avoidable drama.

If everything goes well and the relationship is something you want to keep at for the long run, you need to decide when to disclose this information to others. Assuming it’s not forbidden in your contract, at some point you will have to let down your guards and go open. Make sure you are both in agreement when it comes to this, as it’s essential you are in it together. It’s up to you whether you share the news with your supervisor, boss, or everyone in the office, and it’s your choice how much you let on, but if it’s going to be a serious thing, you can’t sneak around forever.

The Do’s and Dont’s of An Office Romance

Workplace romances are more common than you think, but you should always approach them with caution. Be sure that it is a two way infatuation before you make any moves, and always be honest with each other from the start to avoid one of you getting caught up or hurt in the cross fire. If an office fling is something that you go ahead with, make sure that you take it at your own pace and be careful who you tell to avoid too much pressure. Seeing each other every day can be a lot, especially for a new, starting relationship, so don’t be afraid to ask for space if it gets too much. Finally, if you’ve been going strong for a while, consider telling the people you work with. You can’t be together in secret forever.