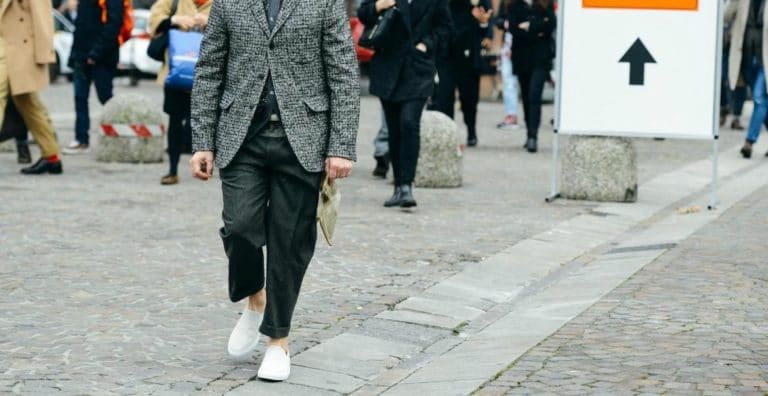 Office rules have become increasingly lax in recent years, with an emphasis on less informal workwear. Now men and women are allowed to and often expected to wear trainers, even with suits. With so many trainers out there on the market, we know that trying to find a pair that are suitable can be a tough task. So we have curated a list of the best sneakers for work.

2017 was undoubtedly the year that most offices relaxed their workplace rules when it came to dressing. A lot of offices now don’t expect people to have to adhere to working in a stuffy suit and uncomfortable shoes. Now people can dress-down their suits, ditching the tie and slipping on a pair of trainers instead. However, it can still be quite difficult to find a decent pair of work appropriate sneakers as the market is wholly saturated with so many different pairs.

What To Wear In The Office

When it comes to choosing a pair of trainers for the office, you need to understand that there is a fine line between smart trainers and scruffy. Don’t attempt to wear your old beaten up sneakers you’ve been wearing on every night out since you left university – you still need to present yourself in a manner that will make people still respect you, even though you aren’t fully suited and booted.

Best Sneakers For The Office

Whether you’re wearing a suit, or simply a pair of chinos and a shirt, there are the trainers out there for you to give your work outfit a contemporary nudge.

If you are going to continue to wear a suit, then there are plenty of trainers out there that will keep you looking smart, while still giving your look a more modern touch. Wearing sneakers to work is meant to be more liberating, but you should still adhere to the fact that you are in work and not in your down time (the old saying ‘look smart, think smart’ will never cease to be true). We can’t protest enough that you should invest in a pair of minimalist shoes for the office, as these won’t make you look like you’ve gone a whole step too far, whereas a over-the-top pair of fashion trainers will.

One thing to also remember is to make sure that your shoes are free of scuffs and holes – this is never a good look, especially not for the office. The idea here is to subtly bend the rules slightly by wearing a pair of trainers, and not throw it in everyone’s face that you aren’t the type to wear a fully fledged suit ensemble.

Common Projects are a great brand of trainers to wear to work. They are minimal and sleek and go perfectly with a suit, and seeing as they are leather, they’re still smart enough to wear into work. The New York-based brand launched in 2004 and have quickly become one of the most popular sneaker brands, particularly for those wanting to adopt that minimalist Scandi image. Common Projects blends utilitarian design with Italian quality and construction. The result is a line of shoes with a super clean aesthetic. 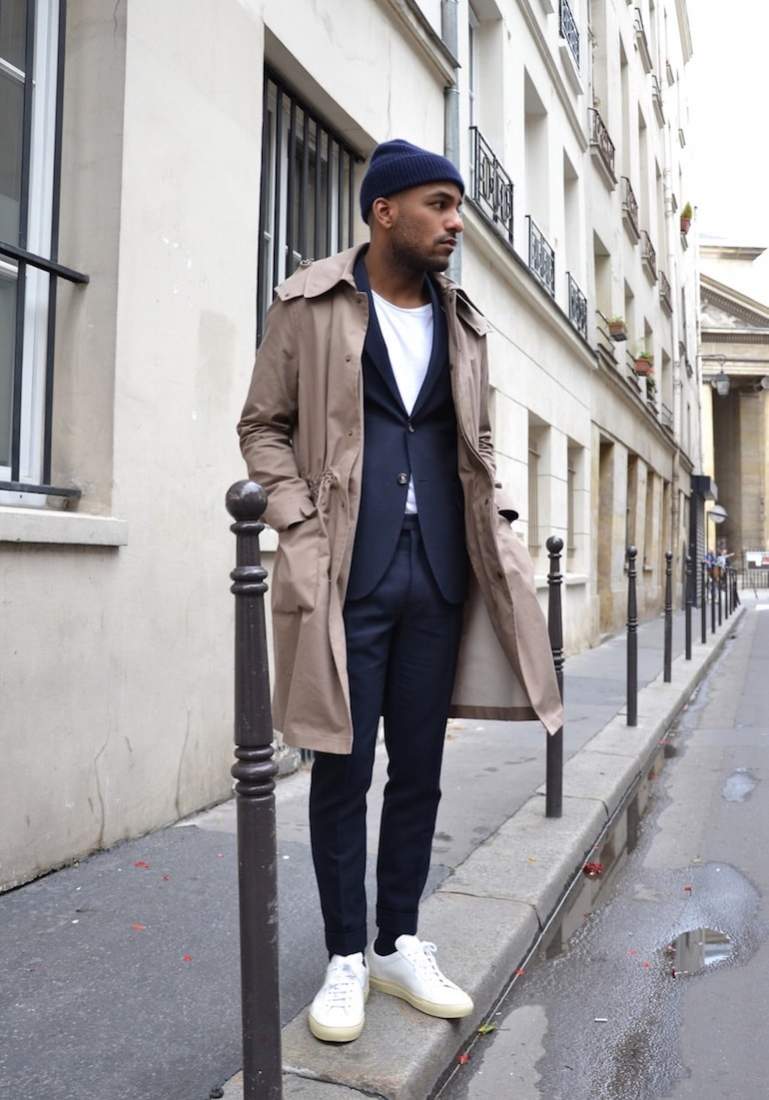 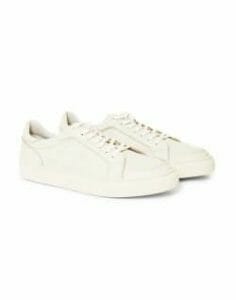 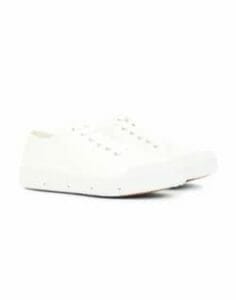 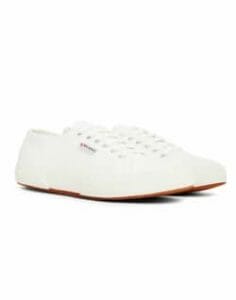 When it comes to choosing office-appropriate sneakers you need to be careful that you don’t cross the fine line between smarter trainers and too casual. We have selected a few brands we think get the middle ground territory spot on.

Novesta is a Slovakian footwear company that was founded way back in 1939. They’re one of our favourite brands that make canvas trainers and we can’t get enough of them. We think a pair of Novesta trainers go particularly well with a suit, because they instantly give it a subtle edge without being too obvious. What we’d suggest is getting them in white so that you can wear them with any coloured suit. That way they also won’t look too casual, because at the end of the day, they are still canvas plimsolls. 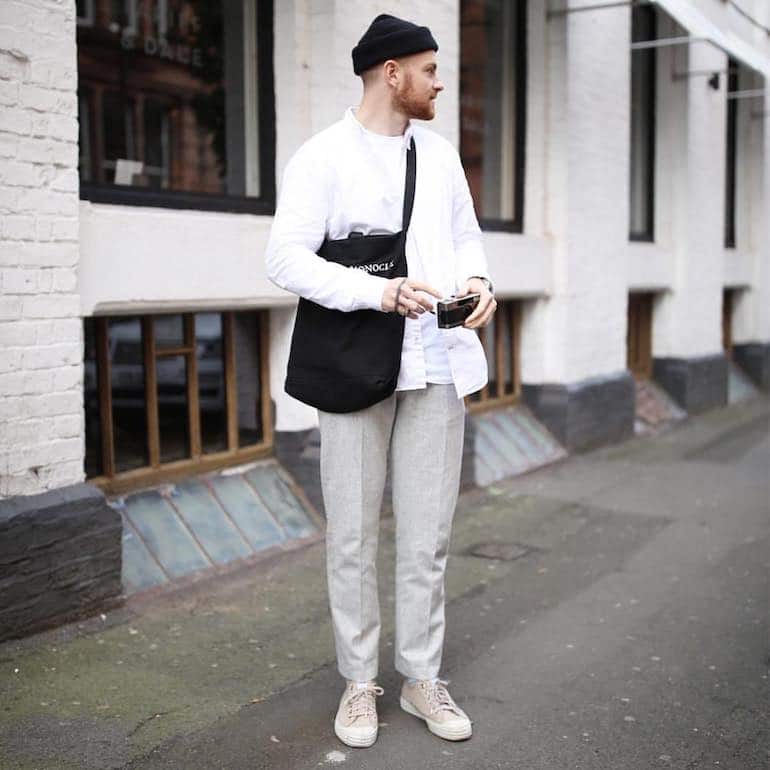 Converse trainers are now the shoe of choice to co-ordinate with a two-piece suit in recent years and they are now acceptable as sneakers you can wear to work. For London Fashion Week Men’s, Labrynth championed the suit and Converse look and it has become cemented as an ok-for-work look. Keep your Converse clean and scuff-free and avoid wearing any that have holes in (if you own a pair that your used to wear skating, these probably aren’t acceptable for the office space). 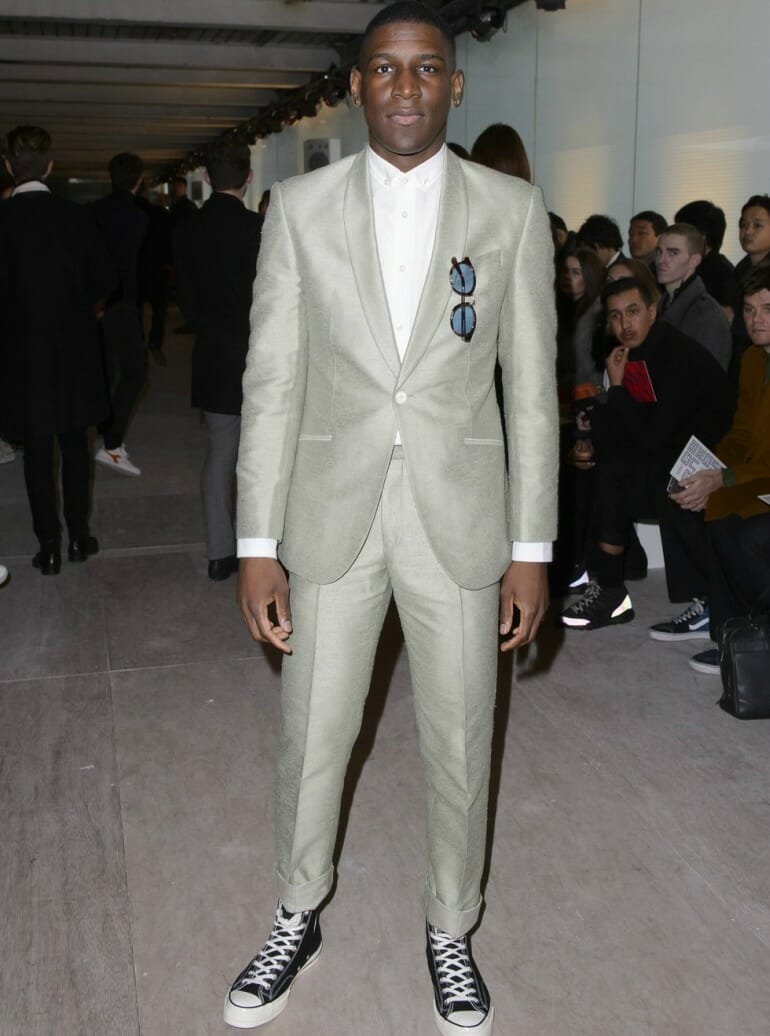 Spring Court trainers are some of the best out there, especially when it comes to trying to get the right balance between smart and casual. Although they were originally intended for tennis (they were in fact the first trainer to be made for the sole purpose of playing tennis on clay courts), we think the shoes sit nicely with the likes of Common Projects and Novesta as trainer brands that you could pair with a suit or chinos for the office, if you were to wear sneakers to work. Spring Court have gone from being a sports shoe to existing as a symbol of urban culture. 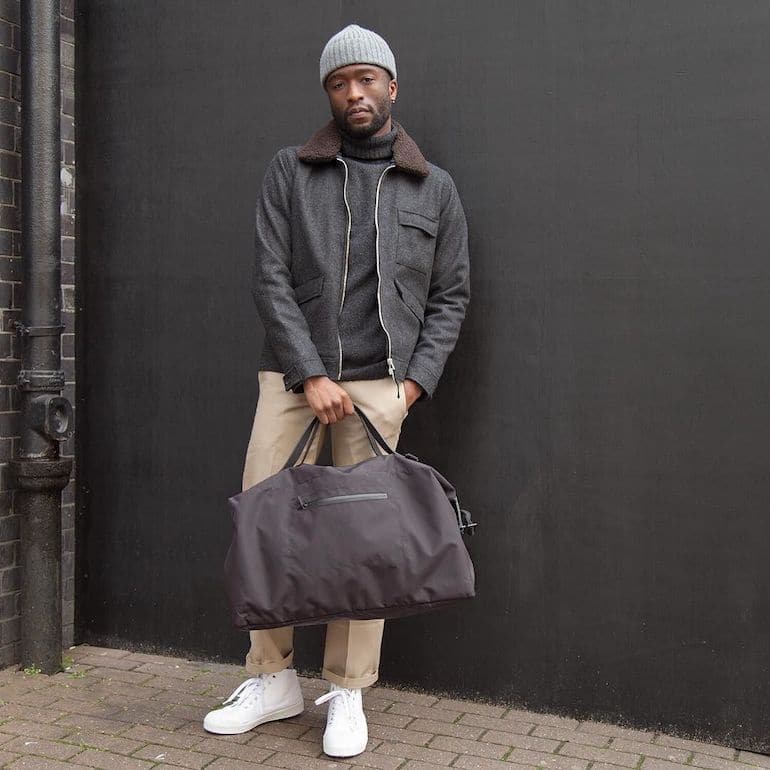 Nowadays you don’t have to dress to the nines when you go to work. While some jobs will still prefer that you wear a suit and smart shoes, a lot today won’t expect that of you. Instead switching out your loafers or brogues for a pair of trainers for work is now acceptable and looks damn good.

Where to buy a pair of Sneakers For the Office