The 25 Weirdest Supreme Accessories Ever 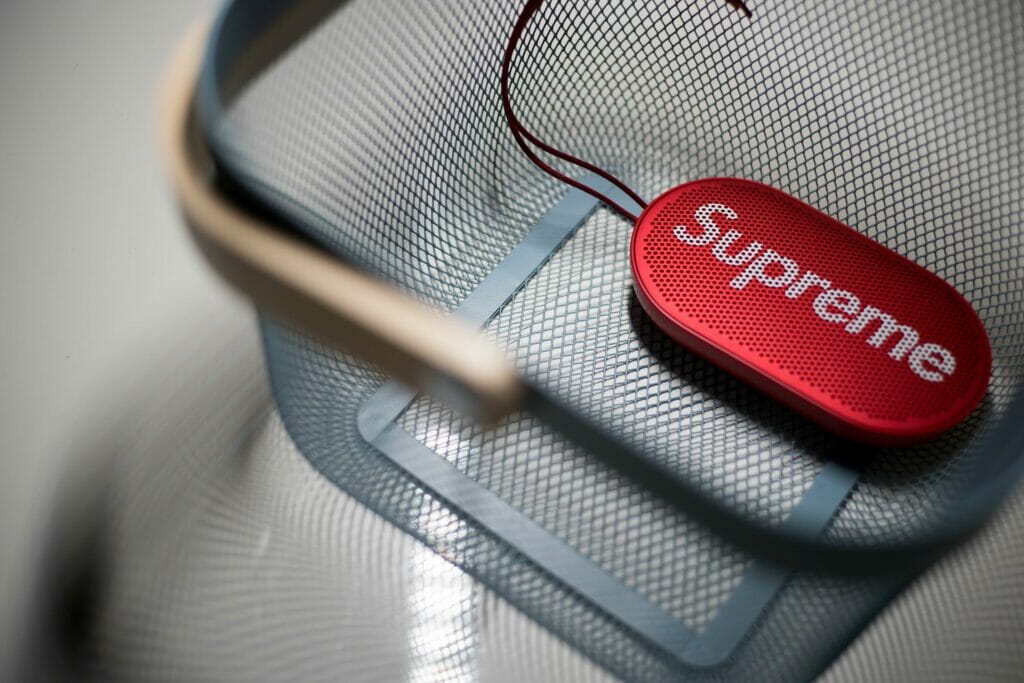 Supreme is to skateboarding what a fish is to water. But besides the box logo giants pretty much owning streetwear, they make some really weird shit too. We decided we’d pick out the 25 weirdest Supreme accessories so take a look below.

When it comes to the world of wonderful and weird accessories, Supreme does it better than anybody on the market. Not ones to shy away from attention, the iconic skate company have been making some insane accessories for over two decades. Just when you think they can’t get any weirder, they out do themselves. They are, to say the least, pretty ridiculous but also pretty hilarious as well. Take a look as we go through the top 25 accessories from Supreme.

Launched in the fall of 2009, Supreme had decided to make some incense to go with the drop. It’s not the first time the brand has worked on incense but it still doesn’t excuse the fact it’s really weird. As expected, it still sold out in store and online but hey, who knows when you’ll need to have a box logo kuumba set.

Back in the winter of 2011, Supreme paid homage to street gamblers by rolling out a set of dice. Much like skaters, rolling dice in New York is one of those things that’s installed in their street culture. The dice are arguably one of the simplest and coolest accessories the brand has made.

The box logo brand decided that they needed to make a fire extinguisher because the outfit is just too flames. Also you never know when you might have to stunt on the fire officer in your building so really this is just a great big f*** you. Oh, and it sold out in less than a minute.

In the fall of 2011 Supreme collaborated with iconic ball manufacturer Sky Bounce and made one of the most sought after bouncy balls around. In 2016 the brand decided to give it out as a free gift for the new SS season. You want one now, don’t you?

As an ode to 1950s greaser gangs, Supreme created the switchblade hair comb. Released in fall of 2010, the hair comb became an instant hit and, to no surprise, it sold out almost instantly.

This is one of the stranger collaborations. In the fall of 2012, Supreme collaborated with Hardcore and made one of the weirdest accessories to date. It’s also one of the most sought after Supreme accessories and resale value is upwards of £200. Mental.

Baseball in New York is just as important to the culture as Supreme is. The world famous Yankees capture the heart of the city just as Supreme does. A nod to this cultural importance comes through Supreme’s collaboration on baseball bats which they’ve made three times. The 2006 Louisville Slugger, 2015 Mizuno metal bat and the 2016 Wiffle ball set. Bat shit crazy if you ask us!

In the fall of 2009 Supreme collaborated with iconic card maker Bicycle to produce a different kind of deck for their skate fans. The all gold ones, however, are the more recognisable and cooler out of the two decks that were made.

Again, this is one of the weirder collaborations that the box logo guys have come up with. In 2009 the brand collaborated with German harmonica makers Hohner and came up with this harmonica with the red bogo printed on the instrument.

Paying homage to the illegal domino gambling that takes place in New York, Supreme constructed a set of dominos that were pretty neat to say the least. The set appeared in the fall of 2012, had an embossed Supreme on each domino and also came in a clever red box.

One of the weirder accessories, and proof that the brand can sell out anything was the 2015 crowbar. Kids queued up for two days before hand just to get a box logo crowbar. We know, we don’t understand why either.

Because you never know when you’ll need nunchucks right? One of the most sought after accessories the red and white brand have ever made, the nunchucks are definitely on the cooler end of the accessory realm.

The 2015 winter Baoding balls are definitely one of the cooler accessories Supreme has made. The Chinese medicine balls came in a soft red and gold velvet box, making them sought after purely for the box. Box logo boxes are a thing now!

One of the loudest accessories the brand has made was the 2015 air horn. It’s essentially a normal air horn, with the iconic branding on it. The air horn was a massive success, selling out in record time for an accessory of this nature.

In New York if you’re caught drinking in public you face getting a hefty fine. However, if you’re not looking to get caught and want to remain a hypebeast whilst you drink, the 2007 liquor bags will do just the thing for you.

If you’re a skater then chances are you’re gonna be breaking into some cool places to film your tricks. Supreme recognised this and decided to make these bright red bolt cutters for you to break the law and look good while doing it.

Breakfast is the most important meal of the day and what better way to start it off than by throwing salt and pepper over your eggs from some Supreme shakers? These are one of the coolest sets you’ll see and are still highly valuable amongst resellers.

One of the cooler accessories that Supreme has made is the water pistol. Released in the summer of 2011, the water pistol sold out instantly. It’s a great accessory and fetches for upwards of £100 on the resell market which is pretty insane considering how small it is.

In 2011, Supreme finally gave a nod to the canine world through the form of the dog bowls. In the late 90s dogs were allowed to roam free around the NYC store and were welcomed with open arms. It’s a wonderful thing to hear but we’re not sure that it’d be allowed today.

Released in SS15, the sand timer was a little bit more on the pointless side of accessories but it still took not time at all to sell out. It’s a grail amongst some collectors and to others, it’s seen as the accessory that every collector should own.

When you’re running a Supreme trap line on release day, you need to do your resell maths quick. Thankfully the skate brand realised this and in 2015 the Braun x Supreme calculator hit the market. Now you can work out your profit in the queue and look like a hypebeast. How great is that?

One of the best accessories in our eyes is the money gun. The SS17 drop brought out some ridiculous pieces but the money gun is one of the best. The fake $1000 Supreme bills have all the edge you’d expect with the iconic “fuck you pay me” written on the bottom. Slick as ever from the NYC brand.

Retailing at $700, the bike now resells at almost three times that price. It’s also just a cool accessory to own and we can see why the hype around this one is so great.

A brick with a logo on. A clay brick, with a Supreme logo on. This gained Supreme a huge amount of notoriety when it was released in AW16 and the £40 brick now resells for over £750. We can’t even fathom why this has happened but we’re not completely surprised.

From bricks to bats, bikes to bouncy balls, bibles to bolt cutters, it’s safe to say that there is not much Supreme won’t put a box logo on. Their insane accessory collaborations and mad ideas have seen the brand grow from being just a skate brand into a lifestyle one as well. Whilst around 95% of these are cool, some of them are outright ridiculous. Nobody needs a crowbar with a logo on it and nobody needs a brick with one on either. However, we hope that Supreme keep rolling these accessories out just so we keep guessing what they’ll do next. It’s always a wildcard with Supreme.