The 15 Most Iconic Sunglasses of all Time 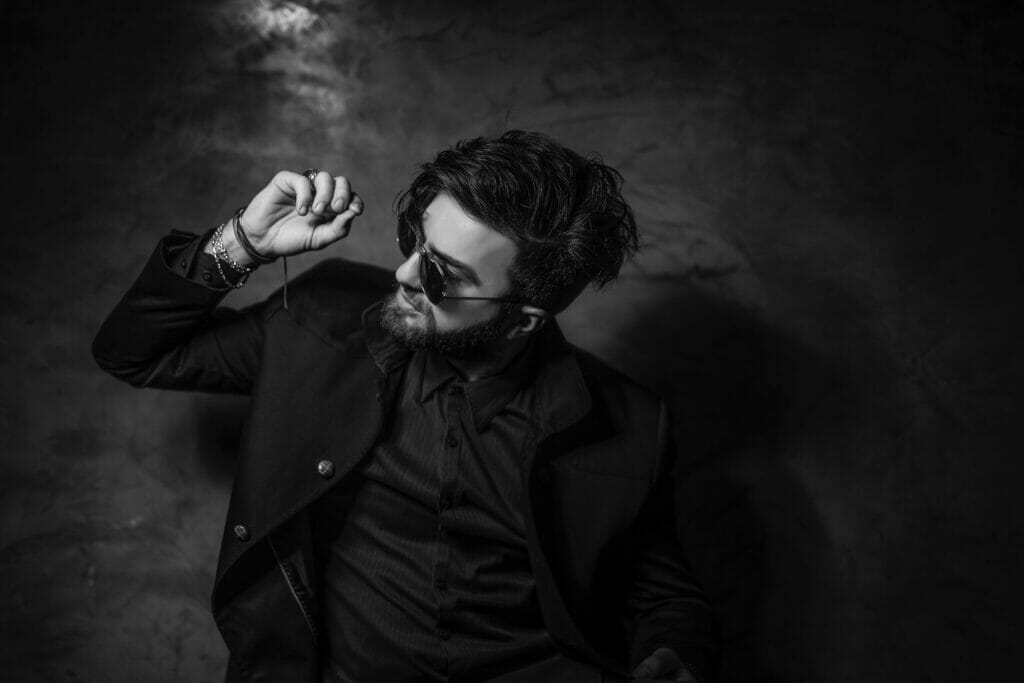 If you live in England, trendy sunglasses might not seem like much of a necessity. Granted, you don’t need them to protect your eyes from the grey, muggy weather but if you own a timeless pair then there need only be a hint of sunshine before you can slide them on. Whilst having a vast number of accessories isn’t necessary for the modern gentleman, having a trusty pair of sunglasses will always come in handy.

Choosing the best looking sunglasses for guys can be tricky, as each style suits a different face shape. Some styles are so legendary that everyone wants to give them a go, but you have to take in to consideration the shape of the frames and lenses before trying to pull off the same style as your favourite Hollywood star. We’ve found the top sunglasses for men – all the different styles, brands and trends that you need to know about so you can confidently invest in a truly iconic pair.

There are more cool sunglass styles for men available today than ever before, so we’ve narrowed it down to the four most iconic styles for you. Unless you’re a keen sportsman or biker, one of these styles is all that you need; they’re classic for a reason so don’t be put off by the fact that everyone’s wearing them.

This style originated in the 1930’s and, as the name suggests, they were made for pilots. The most distinctive features of aviator sunglasses are their thin wire frames and a double bridge. Dark lenses which are usually two to three times the size of the eye socket are also a key feature that prevents too much light from entering the eyes whilst providing peripheral views. The aviator style was originally developed by Ray-Ban, and now the lenses come in classic, square and teardrop shape. They are also the only style of sunglasses that will suit every face shape.

These are sometimes referred to as browline glasses, due to the way they mimic how the eyebrows frame the face. This style was hugely popular in the 1950’s and 60’s, making them a classic yet slightly retro option. Clubmaster glasses have been most famously associated with human rights activist Malcolm X, although they later went on to appear in TV and film.

They are characterised by their rounded lenses and their distinctive frames which consist of a plastic upper, and a thin metal rim on the lower half. It is the bold plastic upper which accentuates the eyebrow line.

This style emerged in the 1950’s, and was first manufactured by Ray-Ban. Wayfarer frames are a trapezoidal shape, which Ray-Ban created by using the newly-invented, moldable material, acetate. They are sometimes heralded as the best selling design of all time. Wayfarers were initially popular as they were radically different to other available styles; since the 50’s they have slumped in popularity multiple times but they always make a comeback, proving themselves to be a classic.

Round frame sunglasses are another style considered to be retro, even though they became popular as late as the 1990’s. They’re smaller and more minimalist than the sunglasses of previous decades, and they are probably the only thing to be associated with both Elton John and grunge. Today, round frames with tinted lenses are hugely popular although the style has mostly been adopted by hipsters.

When it comes to eyewear, it’s important to buy from a reputable brand if you want value and durability. Here’s a brief overview of some of the top men’s famous fashion sunglasses brands out there.

Some of the most iconic movies of all time also featured some pretty iconic sunglasses; here we give you the lowdown on our top three. Spoiler alert: they’re all Ray-Bans.

Clint Eastwood walked on to the big screen 45 years ago wearing the Ray-Ban 4089 Balorama. His character, Harry Callahan, was undeniably badass and there is no shame in thinking that sporting a pair of these sunglasses will make you look equally badass. The frames are a curved, black nylon and the lenses are a green-tinted crystal. The lenses also come polarized, which helps to reduce glare and protect the eyes from UV rays, making them perfect for driving.

The opening sequence of Reservoir Dogs is one Tarantino scene that everyone wants to re-enact. Everyone is sporting Ray-Bans, namely the Ray-Ban Wayfarers, the Ray-Ban Predators and the Ray-Ban Clubmasters. If you and your mates all grab yourselves a pair to wear on a Friday night, it’s not guaranteed that you’ll have the same suave sophistication as Mr Blonde, but you can try your best.

Robert De Niro donned the Ray-Ban Caravan for this legendary role. This style has since been re-issued with updated metal frames. The square lenses and frames are a nice alternative to classic Aviators; the lenses come in a range of colours including violet, orange and green, meaning you can really make a statement.

Malcolm X famously sported clubmaster, or browline, eyeglasses whilst in the public eye. Although the style slumped in popularity after the 1960’s, they later made a comeback as sunglasses and have remained a firm favourite of the public since the 1980’s.

When they were first released in 1947, browline glasses were extremely unique due to their interchangeable bridges and eyewires which allowed wearers to customise the colour and fit of their glasses. Sales of the glasses gradually decreased, until Bruce Willis donned a pair for Moonlighting; Ray-Ban decided to reinvent the style as sunglasses and in so the Clubmaster was born.

The browline style is most notoriously associated with the historical figure Malcolm X’s glasses frames but more recently, TV shows such as Mad Men, Heroes and American Horror Story have helped to boost its popularity.

In the 70se, Elvis’ infamous aviator sunglasses started out as a pair of cheap aviators which he asked Hans Fiebig, owner of Optique Boutique, to duplicate them. He didn’t care for the quality of the glasses, but was more interested in the style.

TCB sunglasses followed shortly after; Taking Care of Business was the name of his band, and the letters TCB were worked in to an emblem which appeared on the arms of sunglasses. Elvis’ initials were also added on to the arms to help further customise his eyewear, which was always made in 14 karat gold.

The heavily customised glasses were made only for The King himself,  so you can’t get your hands on an actual pair of these ‘elvis aviator’ sunglasses unless you spend a hefty amount of time and money on eBay (and even then, they’re likely to be fake). However if you really want to pay homage to Elvis, opt for a pair of over-sized aviators with a thick frame and double bridge.

Whilst the lenses were made in a whole range of colours and were often polarized, the frames of Elvis’ aviators were only ever made in silver chrome and gold, so bear that colour scheme in mind. Avoid pairing them with an Elvis pompadour, unless you want to look like a tribute act.

Reflective, or mirrored, cool sunglasses for men have been pretty iconic since Laurence Fishburne wore a pair whilst playing Morpheus in The Matrix. They’re also widely associated with the world of sport, but just because you’re not Shane Warne, doesn’t mean you can’t wear a pair.

They can contrast nicely with a smart jacket and trousers to remind people that you’re both a sharp dresser and a fun guy with sunglasses. On the other hand, you can go all out and wear an eye-catching outfit to match your sunglasses; bright trainers and contrasting colours will make for a particularly bold look.

Round sunglasses are a distinctly vintage look that made a comeback amongst hipsters sometime around 2014. They’re similar to the bucket hat; you either pull them off without a care in the world, or end up looking like a bit of a twat.

Recently, round frames have been less of a nod to John Lennon; they’ve increased in size and are now reminiscent of the Victorian era, as part of a trend that focuses on the accessories that are so commonly associated with that time period.

If you’re still unsure of how you can pull off an iconic pair of sunglasses, here’s a few of our famous faces sporting some legendary styles, to give you a little inspiration.

This model is loved by the likes of David Beckham, Nick Grimshaw and Orlando Bloom; that’s some pretty flashy credentials. This is one of Ray-Ban’s most famous styles and can be dressed down with a t-shirt and jeans, or dressed up with an overcoat.

Three of Hollywood’s leading men have proven to be a fan of this model because of it’s retro style and discreet branding. Look dapper like Robert Downey Jr with a suit and bow tie for really formal events this Summer, or opt for something slightly rugged with a scarf like Johnny Depp.

The Most Iconic Sunglasses of all Time

Maybe it’s time to bin the worn out sunglasses you’ve worn on your past three holidays, and instead invest in something durable and iconic. Whether it’s a legendary brand that you opt for, or a style that nods towards a famous movie or musician, you can use your eyewear to make a statement and instantly improve your outfit tenfold.