The 15 Most Expensive Supreme Items Ever 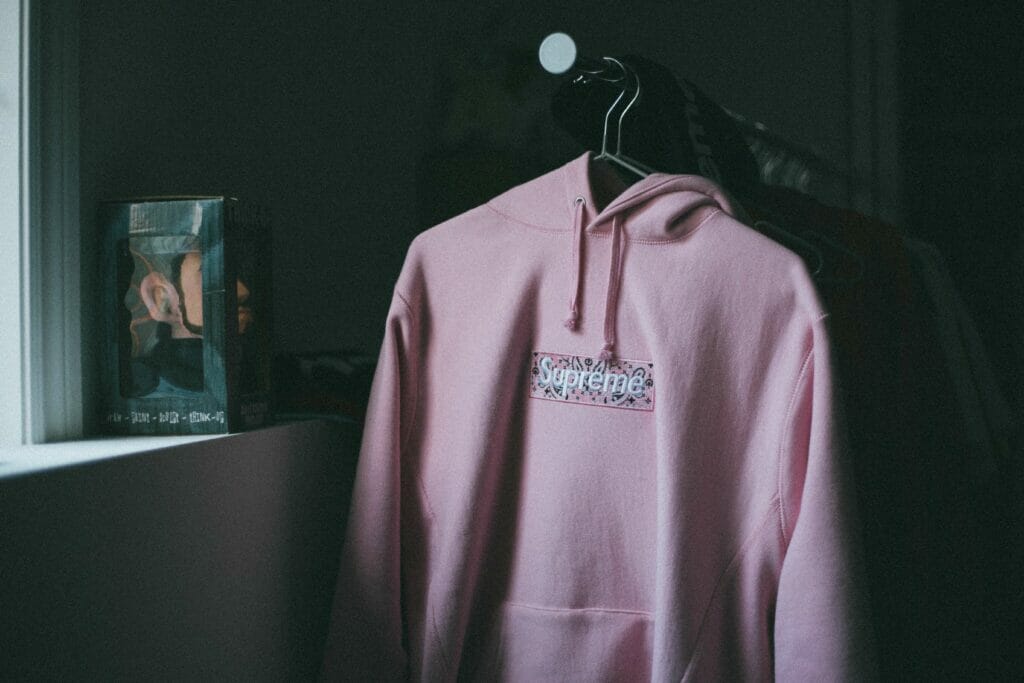 Supreme have released thousands of items over the years, and some of them are now extremely desirable and demand huge amounts of money on the resell market. We’ve compiled this list that guides you through the most expensive Supreme items ever.

If you’re uneducated on the matter, the resell market can seem a pretty crazy place. Used T-shirts selling for three times the retail price? That’s how it works 99% of the time – especially with Supreme. Some items even fetch crazy amounts of money. For example, sample products, or one-of-one editions can sell for thousands of pounds. Many of the most expensive Supreme items on the market are from the recent collaboration with Louis Vuitton, so we’re going to touch on this slightly but leave some items out, as a whole list of Supreme x LV could get a little repetitive.

Supreme’s collaborations with The North Face all retail pretty high, let alone resell. However this model in particular, the leopard Nuptse from 2011, resells for a particularly high amount. It released in three colourways – grey, green and yellow. The release was accompanied by sets of matching luggage which made for a nice touch. Why does this particular jacket resell for so much? We’re not entirely sure. There’s no doubt it’s a visually attractive jacket, and maybe the fact that it was famously rocked by Canadian rapper Drake made a difference?

Many Supreme decks demand high prices, and this collaboration with famed artist Nate Lowman is no different. Lowman’s artwork has adorned the walls at Supreme’s Layafette location since the start, so it only made sense for the man to finally get an official collaboration, and skateboard decks were the obvious choice. These are regarded more as a piece of art rather than actual skateboards, hence the high price.

Supreme are known for their crazy and extravagant accessories. A punchbag in collaboration with Everlast with Supreme printed across it in huge letters? Yeah, that’s pretty normal really. They’ve collaborated with Everlast several times and released boxing equipment, including boxing gloves and a boxing robe. However by far the most expensive is this punching bag. If you had the money to spare would you buy one for your house?

As potentially one of the rarest box logos of all time, this collaboration with Tokion is virtually impossible to find. Because of this, we’re unable to give an accurate representation of the current resell price, purely because there are none on the market. We’d give a rough estimation of anything between £1000-£2000. Many people are actually unaware this box logo was even produced.

This collaboration was more than unexpected upon release, however it was a huge success. It retailed very high at around £900, but that was to be expected with Stone Island. Initially, resellers snapped up the coats and were stuck with them, as nobody had the spare cash to purchase them. However now, there aren’t many on the market, therefore the collaboration has become desirable again. Supreme have now teamed up with Stone Island multiple times, but this original jacket is by far the most desirable of the bunch.

The Sopranos is highly regarded as one of the best television shows of the 90’s. With just a slight little change, this box logo became one of the most desirable releases Supreme have ever put out. Change the “r” in Supreme to a pistol, and you’ve got yourself a gun, if you’ll pardon the pun.

As probably one of the most iconic photo tees that Supreme have ever created, it’s no surprise that this T-shirt has a high retail price attached to it. Kate Moss is one of the biggest supermodels in the world, so the fact that she collaborated with Supreme was a big shock at the time. Now, the T-shirt is regarded as a piece of Supreme’s history, and is still as iconic today as it was back then.

It’s common knowledge that Supreme love to launch crazy accessories, however they really pushed the boat out this year when they collaborated with Coleman on this mini-bike. Yes, you heard that right, and actual miniature motorbike, branded with a Supreme box logo. Retail price was around £1000, and the bike now sells for triple that, and sometimes more. So if you’re a petrolhead and love Supreme, with a lot of spare cash – why not make the investment?

Once again, another box-logo T-shirt makes the list that hasn’t ever really been up for sale. In this instance, it’s the “Sample” box-logo T-shirt. It features the traditional box-logo, scratched out with black pen. The whole concept behind this T-shirt is that the box-logo is such a recognisable logo, that even scratched out like that, people can still identify it almost instantly. It’s a pretty clever idea in our books, and if one ever does hit the resell market it definitely won’t be cheap.

British artist Damien Hirst is known worldwide for his artwork, and he’s collaborated with Supreme multiple times. As well as his iconic box-logo T-shirt he created with the brand, he created a series of skateboard decks featuring the same graphics. These are some of the rarest and most desirable skate decks ever created by the brand, and there aren’t many of them in circulation. Single decks will set you back anything from £1000-£2000, and there’s currently a whole set for sale on eBay for around the £6000 mark.

In 2003, Supreme collaborated with Molodkin to launch a range of box-logo T-shirts in multiple colours. However, several sample T-shirts were also released, and have virtually never been seen for sale. One of these is a blue on red design, featuring a negatively exposed image of Donald Trump on the rear. Many people have seen images of these online, however seeing one in person or even for sale is much more of a rare occurrence. We can only imagine how expensive one of these would be.

Way before the official Supreme x Louis Vuitton collaboration this year, back in the year 2000 to be exact, Supreme produced three bootleg skate decks featuring their take on the Louis Vuitton monogram pattern. Box-logo T-shirts also released alongside these. However, word spread quickly and Louis Vuitton soon heard about the collection. Lo and behold, they issued Supreme with a cease and desist notice, basically meaning that they had to stop selling the products and destroy any remaining stock. Due to this, they now demand an extremely high price on the resell market.

As celebration of 21 years of Mo Wax records, the label teamed up with several brands who were crucial to the label, including A Bathing Ape, Converse, Nike, and Supreme. For the Supreme collaboration, the duo decided a box-logo T-shirt would be the most appropriate option. These were limited to just fifty pieces and were only available via the Mo Wax exhibition in 2014, held at the Saatchi gallery. As such a limited piece, it’s now extremely desirable and doesn’t pop up on the market that often.

Just weeks ago now, Supreme launched their first ever collaboration with the legendary guitar brand Fender. The model of choice was the Stratocaster – probably the most iconic guitar shape ever. Supreme placed a box logo between the top two pickups, and the rest of the guitar was decked out in all white, including the fretboard. The guitar retailed for near to £2000, and was extremely limited upon release.

This is without a doubt the most expensive Supreme item ever released. It was part of the brand’s official collaboration with Louis Vuitton, and retailed for around £60,000. Pretty crazy if you ask us. The collaboration is now regarded as an iconic fashion collaboration, and is highly desirable by celebrities around the globe. Even if you have the money to spare, it’s a hefty investment that you may not necessarily make your money back on, but each to their own.

It’s clear that some Supreme items demand huge amounts of money. Whether or not they’re a worthy investment is up for debate, as the price could fluctuate at any point in time. For the current period of time however, we can only predict prices going up as the brand receives more and more attention.