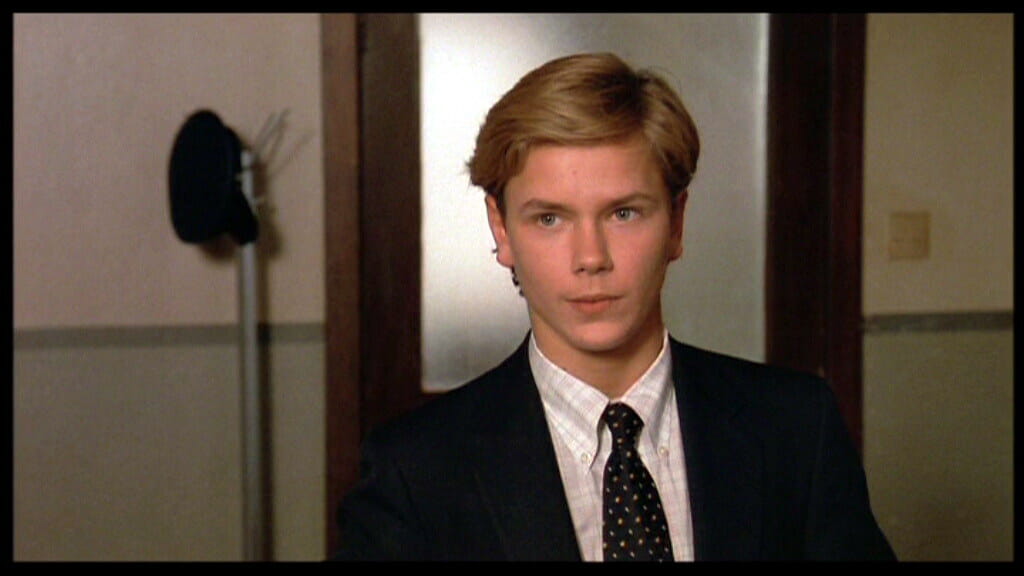 Dubbed by Hollywood as the ‘Vegan James Dean’, have you ever wondered how to dress like 90s grunge style icon River Phoenix? Here’s our style guide on all the best tips and tricks for getting that ultimate 90s grunge look.

River Phoenix was one of the first celebrities to use his fame and fortune to raise the profile of unethical issues such as animal rights and environmental concerns. This actor is known for his Academy awards since he was a talented actor. He pioneered the way for the swarms of other wealthy people that came after him in to do the same.

Other than baggy jeans and long hair, grunge is also a genre of alternative rock music that came out of America, and Seattle in particular, during the late 1980s and 90s. Grunge music was a fusion of heavy metal and punk sounds. Grunge usually consists of heavily distorted guitar sounds with a slow methodic tempo. The above image goes to show you that even young actors can rock a tux fit or even some simple blue jeans to the Oscars and take all the attention.

How to be Grunge

Despite Kurt Cobain and River Phoenix’s untimely deaths from suicide and drug overdose, there are healthier ways to be grunge. In its purest form, to be grunge means to be anti-establishment. Young Phoenix was just a teenager in his prime but has left space for American tabloids to talk about his iconic outfits. Want to copy this stylish actor and his best clothes, but minus the misunderstood 12-year-old boy drama? Try out the fashion legacy and find a cool uniform that suits you. You can also pair it along with a signature shoulder length hair.

The whole point of early 90s grunge, as well as its fashion, is that it’s supposed to look as though there has been minimum thought and effort put into what you’re wearing because basically, there hasn’t been any. Early 90s grunge is comfortable, unkempt and it doesn’t care what anyone thinks. The look incorporates loose formality era, and it also has a sexy vibe to it.

When deciding how to dress grunge, the first port of call is going to be the plaid shirt. When dressing in a 90s style, the oversized plaid shirt is a piece of clothing that everyone must have. Although this staple piece looks great in more or less any outfit, it can be teamed with dark jeans and a checked blazer for a smarter look. It is a classic stand that works well on your upper body.

When it comes to dressing like River Phoenix, jeans are going to be an extremely important part of your outfit. Denim jeans are a symbol that is iconically associated with the blue collar workers of America. Something that grunge style taps into perfectly. Era’s grunge style also works well with some other old clothes and will suit any dress code, not just the Red Carpet vibe.

Why not try wearing some baggy or ripped jeans. Although I would normally tell you to leave baggy jeans back in 2004, if worn correctly they can still work. However, be careful, if the jeans are too baggy then they can make you appear stumpy and boyish.

Fortunately, ripped jeans are definitely in style at the moment. As an alternative to baggy jeans, why not try wearing some straight or skinny cut jeans with some tears in them. Combine these with a white T-shirt underneath a plaid shirt and some black converse for an ultimate grunge look.

Nothing emulates a feeling of 90s nostalgia greater than the classic black and white high top converse sneaker. Favoured by everyone and anyone who could get their hands on a pair during the 1990s they became the sneaker of a generation.

Due to their classic and simple design, they were perhaps most notably favoured by grunge icons like Nirvana and Sonic Youth.

In all of River’s outfits, he would wear clothing in a way that appeared completely effortless. Despite this, a level of refined style remained within them. Although grunge is often synonymous with being disheveled and dirty, River’s outfits never were. Despite his disturbed and unhealthy actions out of the limelight, River still looked great. If you like the spirit of 90s youth style, along with good old dirty Chunk Taylors, you will easily pull it off yourself.

Even the most anti-Hollywood A-listers have to attend star-studded events and awards ceremonies (especially when they’re being nominated for awards left, right, and centre). People even think of him as Timothée Chalamet in the way of dressing. He is full of all the ideals, and photographers loved to take pictures of him.

The apathetic approach River usually took to dressing takes a shift in a different direction and black tie attire gets a makeover. The look remains understated and modest with a black Crombie layered over a plain white shirt buttoned to the top. Doc Marten’s remains the alternative shoe of choice for the definitive grunge dresser.

Although they don’t have many, accessories are an important part of any grunge outfit. Once again, the main thing to remember with any grunge accessories, is that they have to be understated and appear effortlessly.

A great accessory that was often styled by grunge icons such as Kurt Cobain is the beanie hat. Although the beanie can be tricky to wear, if you combine it with other grunge style outfits, like a plaid shirt, then it can look great.

As strange as it may seem, another of the main accessories for a proper grunge style, is your actual hair. Outgrown, mussed up hair adds to the effortlessness and simplicity of early 90s style. Straighteners practically didn’t exist to grunge style. Tousle and mess up your hair if you’re going for a grunge look. Do you like the swagger look, along with the rich kids whole look? Grunge glamour will be one of the top of the moments for your fit.

River Phoenix’s style consists of a laid back, casual attitude to dressing that focuses on wardrobe staples in classic and muted colours, thrown together. Although River’s tragic death at the age of 23 has often overshadowed his legacy, his style has remained immortal. Remember to have conviction in what you’re wearing – River’s style has such timeless appeal because he was confident about who he was and what he was wearing. He never let the clothes wear him and that mentality has outlasted the ‘fashion fads’ that followed him.