Saucony & Bodega’s Elite squad is back. 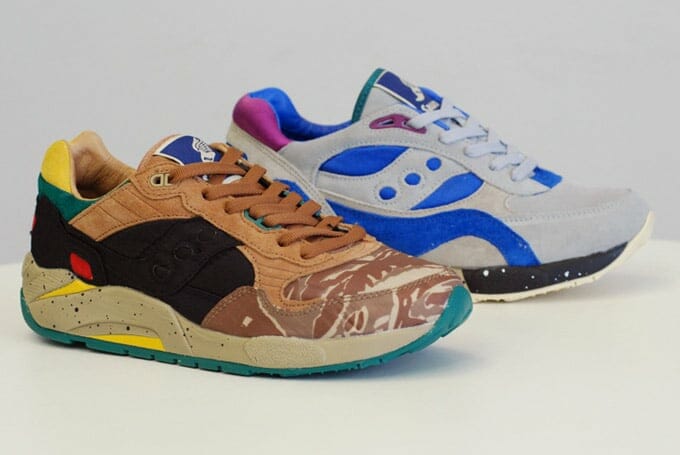 Nobody can accuse Saucony and Bodega of laziness with their Elite project. Not only have they put out multiple collections of the last few years, but each shoe seems to have had a lot of thought put into it. Some are clean and some are a controlled mess, but we always know who’s behind the shoes — even from a distance. The whole Elite squad have been given some serious freedom to mix and match on midsoles too, resulting in some tasteful hybrids that look nice and natural. Typically, there’s nobody trying to preach a concept to justify an aesthetic with these designs — they’re just good and they seem to pick shoes with a ton of panels to tweak. Once upon a time, our Saucony stock creaked out the store with occasional buys, despite our love of the Saucony Shadow series. Now, alongside other onetime store underachievers like ASICS and New Balance, they’re hot again.

Bodega were key to that new hype and their G9 take on 1991’s Shadow 6000 applies a Grid 9000 sole to that upper, with the grey, navy and purple palette they’ve played with before (merging ACG looks with a style of its own), speckles and a creamy outsole. The quality of the suede on the upper, with a neoprene-like mesh collar and underlays, is great and just in case it was too conventional for you, that Patagonia-esque teal piping on the tongue is both jarring and oddly cohesive, matching several Elite models of the past.

The wildest part of this duo is the treatment given to 1989’s Shadow 5000, perched on the same sole unit with the Grid cassette of Hytrel Filaments for cushioning and stability. Old running goes African militia on this one, with those bold colours at the rear and a whole lot of ripstop gridded nylon on the upper, including a fully camo nylon toe. It should look really, really crap, but it doesn’t. It’s a curious truce between synthetic and natural materials but this shoe works — even in a world where camo on a running shoe is starting to make us a little lethargic.

Where to buy a pair of Saucony Shadow 6000