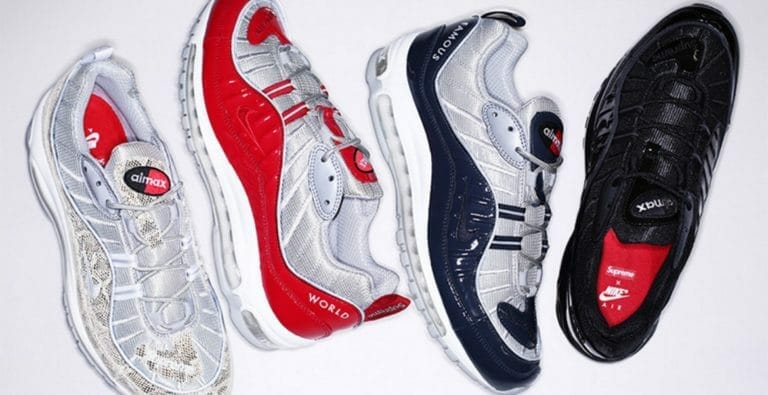 Supreme are of course one of (if not the most) notorious streetwear brand on the planet. So when they announced they were working on an Air Max 98 with Nike, sneaker fans around the world lost the plot. The hype for this pair was insane.

The Air Max 98 is a favoured silhouette as it goes, with the OG “Gundam” colourway being high up in a lot of peoples list of favourites. It was also a shock to a lot of people that Supreme, being predominately a skate brand, would choose an Air Max silhouette for it’s collaboration. However, the finished product was an impressive sneaker and had fans around the globe dying to get their hands on a pair. 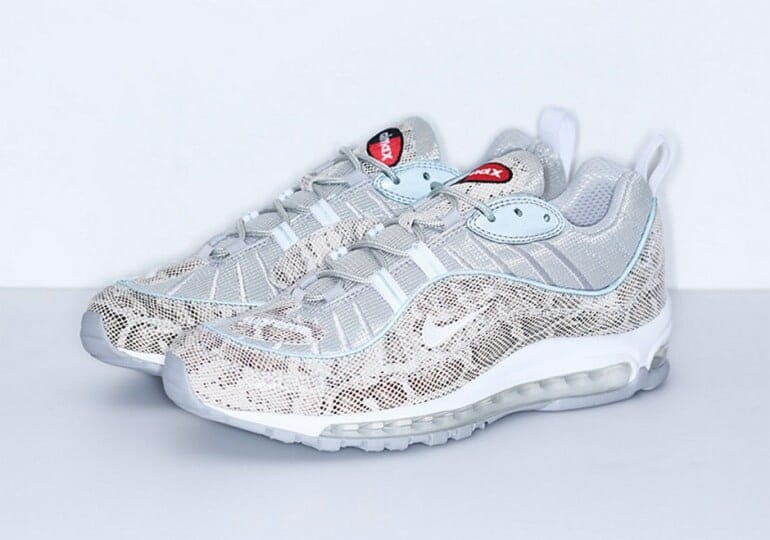 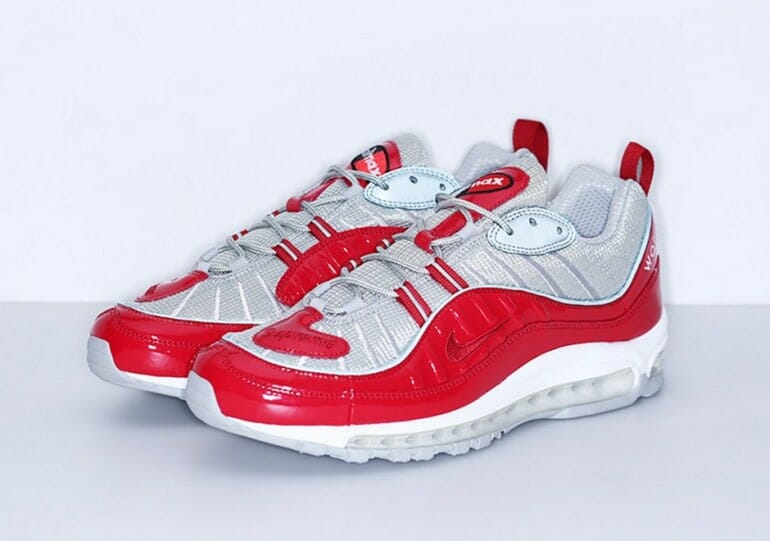 Coming in four colourways, all just as nice as each other, the Supreme Air Max 98 is perhaps a hypebeast’s perfect sneaker. Snakeskin, red, navy and black were the four that released, with snakeskin and black being arguably the most desirable of the bunch. The silhouette itself is very bulky, yet still has a clean and polished look about it. The full length air unit underfoot makes for a very smooth ride, and both Nike and Supreme branding can be found in several places on the sneaker. 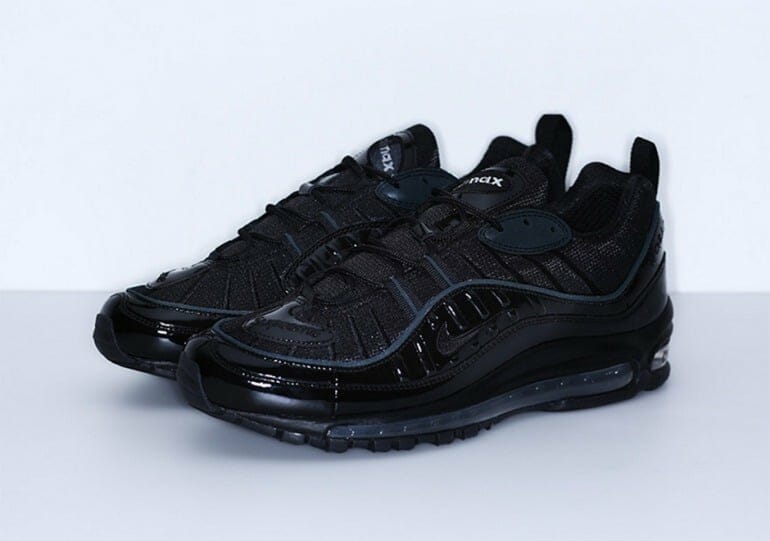 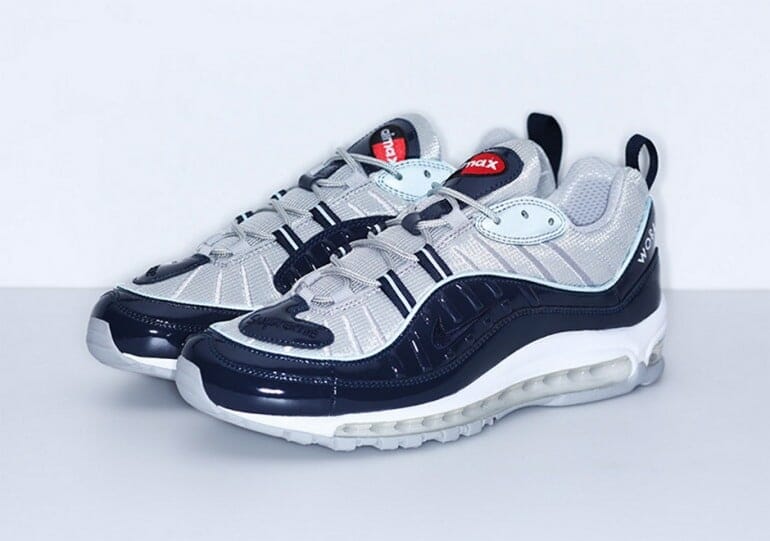 Although these sneakers were such a hyped release, they actually pop up on the resell market fairly often, and won’t set you back too much. The maximum you’re looking at paying is around £100 on top of the original retail price. As the collaboration only launched last year, most pairs that appear for sale are also still in great condition, and brand new pairs pop up often too.