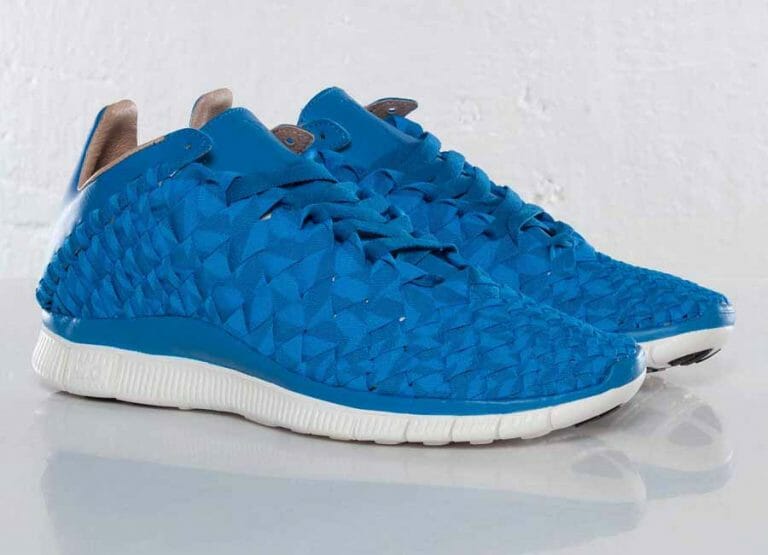 Our delivery on these came a little late, but it’s such a tough shoe that we thought we’d repeat ourselves and talk Inneva Woven SPs for the second time in as many weeks. It’s kind of peculiar to see people losing their minds over a more offbeat model rather than the same old retros — we weren’t ready for the madness of Saturday’s launch of the black colourway of this White Label NSW version of this shoe. The Photo Blues are our favourite versions of the SP duo. That shade of blue is a strange addition to the design, but there’s something about it we’re feeling. Maybe it’s the way it gives this shoe its own identity beyond being a chukka re imagining of past Nike triumphs, or maybe just we really like wearing shoes that get some attention, rather than some neutral-coloured anonymity.

If you’ve worn the Inneva (and been lucky enough to snag a pair), you know the deal with the way it wraps the foot and flexes with it. The recommended retail on these is pushing into visvim prices circa 2006, but if you want them, grab them while they’re here – we don’t think the legacy of Hiroki’s appetite for fusing the strange with standard sneaker DNA on the current market’s tastes and willingness to spend has been fully discussed anywhere (a shoe based on Terry Hall’s moccasins from a Fun Boy Three photoshoot?), nor has anyone fully acknowledged the long-term impact of Nike’s willingness to push the boat out entirely for a new millennium with the Air Woven. What we’ve been assured from discussions with Nike man dem is that those uppers are made by hand, like those 1st gen Wovens. 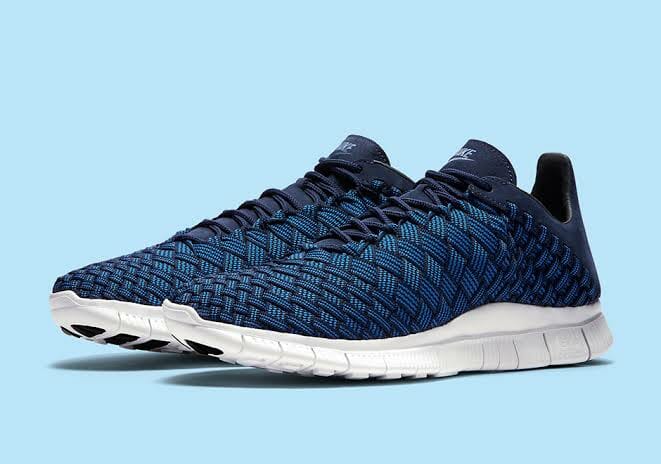 And if you’re groaning that hypebeasts have ruined stuff like this, just bear in mind that the design that the Inneva Woven is indebted to was causing queues and instant resell ££££ back in 2000. That tan leather lining completes a state-of-the-art shorts shoe. These should be going live in the store tomorrow around midday (we’ll keep you posted via Twitter, Facebook and Instagram). Hopefully, those that want them will get the Photo Blues rather than the gone-in-60-seconds blues.