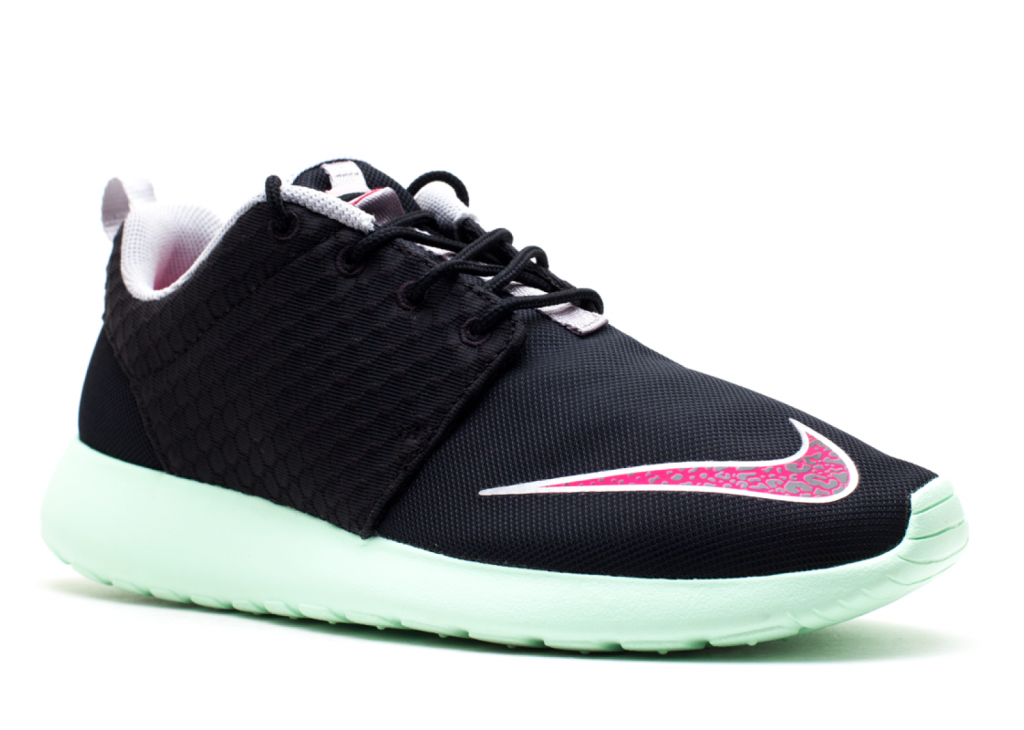 This was kind of meant to be a promotion piece for these Nike Roshe Run FBs, but before we could ever shout about them, they were gone from the store. People are pretty hungry for Nike product right now, aren’t they? These shoes were the subject of some interesting office debate — some people genuinely hated them, but some liked the big swoosh and use of colour. In the end, our opinion was null, ‘cos they flew out regardless. The Roshe Run FB is a football boot inspired makeover for the shoe – that huge bit of branding was inspired by some football boots like the Mercurial Vapor, but we associate forefoot swooshes with some non-studded classics like the Footscape and Griffey Max, plus new court favourites like the LeBron X. It works on certain shoes and this is one of them — we weren’t too bowled over by mid-cut editions or Quickstrike variations with the extra toe cap.

But here’s the thing — this isn’t a popular shoe because of how it channels the past or how it fits for everyday wear. That phantom-like fresh mint colour on the sole, which looks as though it could glow-in-the-dark (we tested it and it didn’t — we just looked like idiots holding a shoe up to a lightbulb then holding it beneath a desk), the change in texture on the overlay to a pattern that looks a little reptilian from a distance and the pink flash speckled forefoot swoosh and Lunarlon-feel sockliner all look a bit like a Nike Air Yeezy 2. The Kanye-effect can shift shoes, even when they’re not even a signature model — first the Solarsoft Year of the Snakes, now these. It’s a nice combo of concepts, because the minimalism of the Roshe feels so far removed from the thermoplastic heel and embossed Velcro strap madness of the Yeezy sequel, but somehow it all works well together because, whatever your opinion of the silhouettes, the Yeezy’s colourways were a nice break from the same old same. Sensible shoes + hype colours = bestsellers. Maybe these are quenching the thirst until that oft-discussed new Y2 colourway makes an appearance.

Where to buy a pair of Nike Roshe Run FB Yeezy