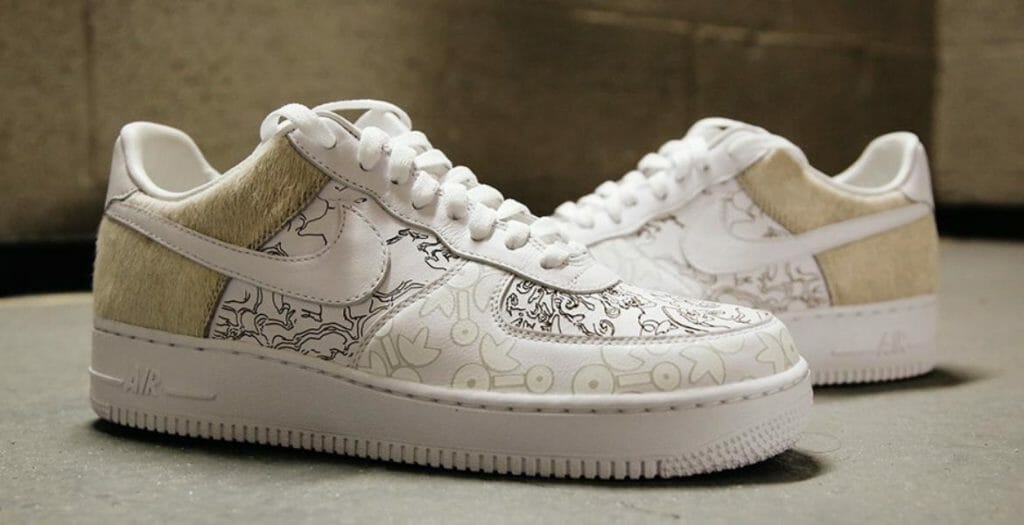 Nike has always shown an interest in the Chinese New Year festivities, and this year they’re set to continue paying homage to the celebration. They’re reworking a classic from 2006, titled the “Year of the Dog”. Continue reading to find out more.

The pair originally launched back in 2006, and they were a huge hit back then. The Air Force 1 is still a prominent force in the sneaker game, therefore this release should be just as huge as the original. It’s packed to the brim full of unique features and materials, so we’re all eagerly awaiting a release date.

Artwork reminiscent of Chinese New Year can be found all over the upper of the sneaker, including two dogs on the toe box. The most interesting part of this release has to be the rear though, it’s adorned with a patch of pony hair, which really adds extra character to the model. All of this is topped off with a clean white midsole, and altogether the release is a genuinely good looking one. It may be suited more as a summer shoe rather than winter though, as all white silhouettes don’t take to the elements too well.

If you want to get your hands on a pair, you’re going to have to sit tight a little longer yet, as no official release date has been announced. However, expect an early 2018 release, and also expect it to be limited. Until then, there’s plenty of other Nike releases scheduled to keep you waiting patiently.