Nike Is Releasing An Updated Version of the 1993 Pantheon 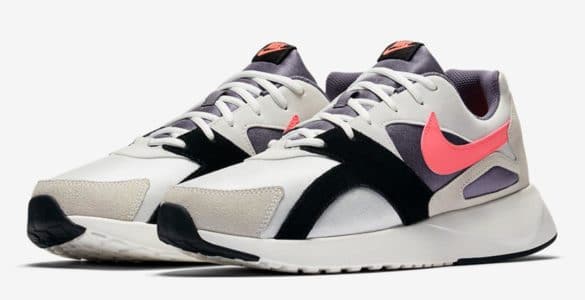 The Pantheon is a retro silhouette from way back in 1993, and it hasn’t seen much light of day. Now, Nike have decided to honour the model by releasing an updated version full of modern technologies, titled the Pantheos.

Retro silhouettes are huge at the moment, so it’s no surprise that Nike decided to bring back a model from their vintage catalogue. The Pantheos is in fact an updated version of the Pantheon, featuring modern construction methods and updated materials. Visually though, it’s extremely similar to the Pantheon. It’s releasing in four new colourways, one of which is particularly retro looking, featuring a plethora of 90’s style tones.

The silhouette itself features a toe box reminiscent of the Air Huarache, and an exaggerated sole. Nike branding can be found on the tongue, rear, and of course a Swoosh is present on the side of the sneaker. A neoprene base is included for comfort and a sock-like feel. Cushioning technology is utilised in the sole for optimum comfort and wearability, allowing the sneakers to be worn for extended periods of time.

If you’re liking the look of these 90’s inspired sneakers, the good news is that they’re set to drop this month, however we’re not exactly sure when. Nike have stated that the release date for the Pantheos is simply “December 2018”. There’s no significant hype surrounding the release, so if you want to pick a pair up you shouldn’t have too much hassle.

Where to buy a pair of Nike Pantheos