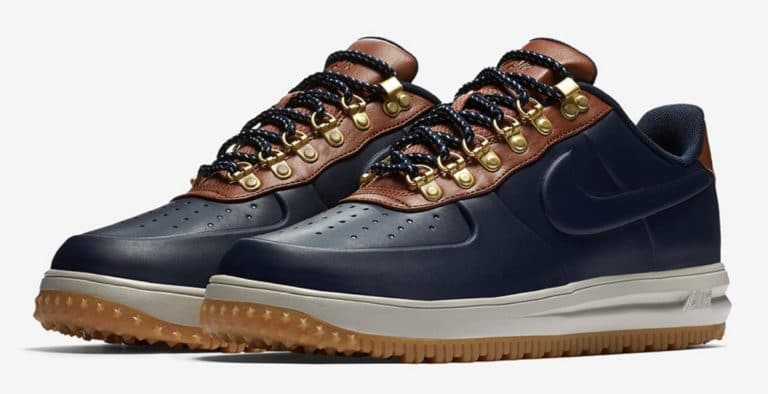 Last winter, Nike bought us the Lunar Force 1 Duckboot in a high top edition, and it was a huge hit. Featuring bulked up, weatherproof construction and water repellent leather, it was a must have to protect from the harsh elements whilst still looking stylish.

With the last duckboot release being such a huge success, it would make sense for Nike to release an updated version just in time for the upcoming winter months. However this time, they’ve decided to make the “duckboot” into less of a boot, and more of a trainer, releasing a low top version. 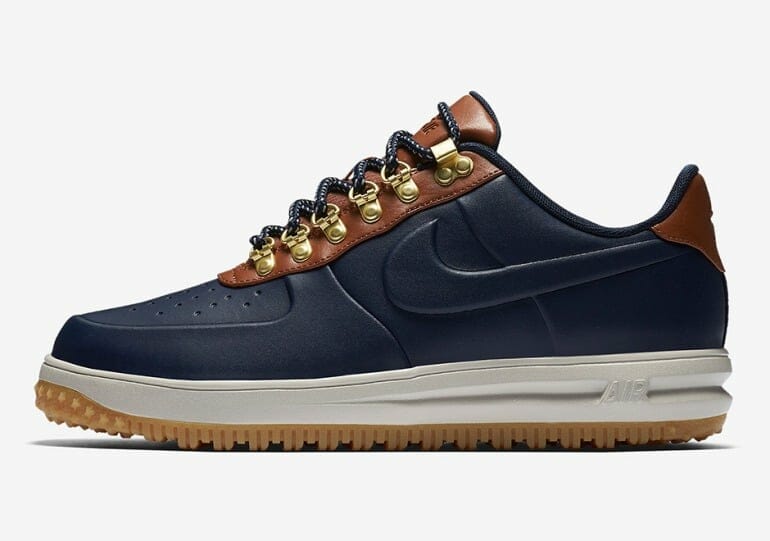 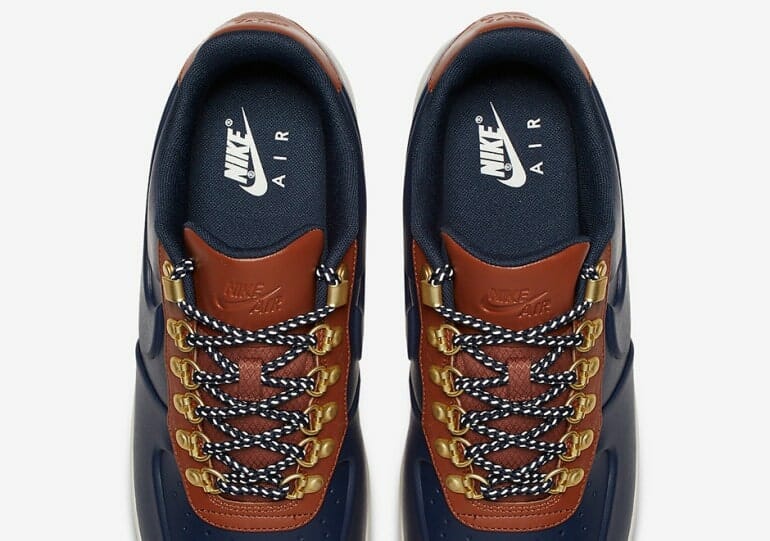 Coming in a striking navy blue and brown leather colourway, they’re definitely a statement pair of sneaker in a good way. In addition to this, the toughened metal lace loops really give it that classic rugged look. The entire sneaker is water repellent and generally constructed to a much higher level than your standard Air Force 1 or Lunar Force 1, so they’re perfect for the coming winter months where no doubt there will be a lot of rain and water on the ground. 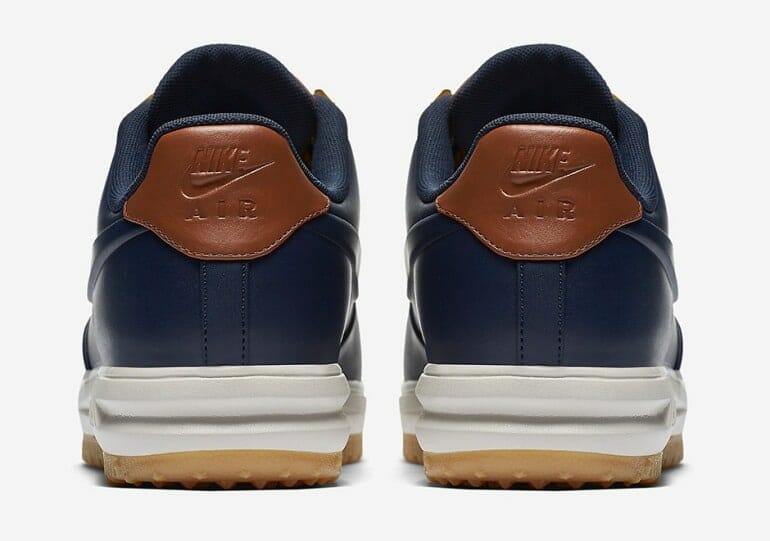 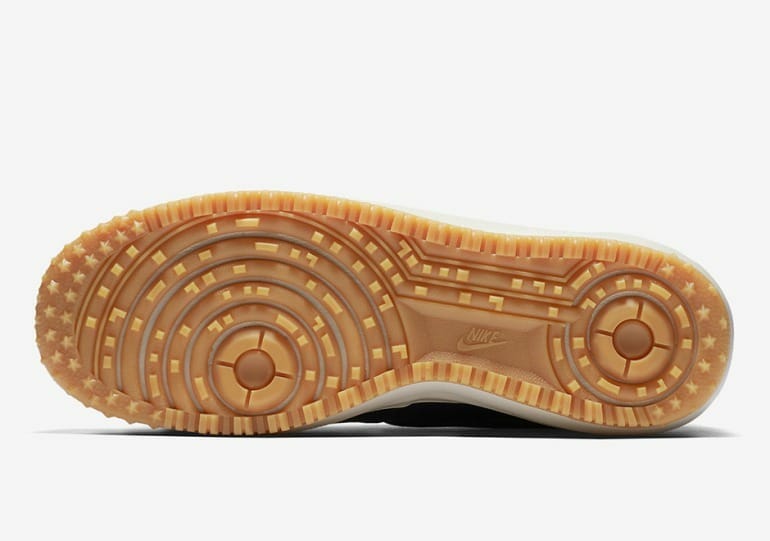 If you’re looking to get your hands on a pair, there hasn’t been any word on an official release date yet, however multiple sources have claimed that they’ll be releasing around October time.