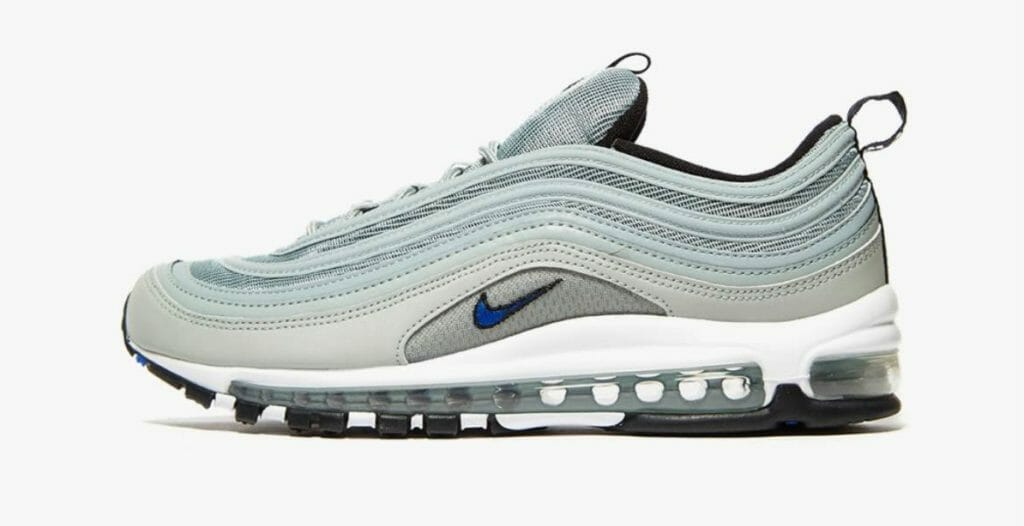 The Air Max 97 “Silver Bullet” returned to shelves last year, and is widely renowned as one of the greatest colourways ever created by Nike. The brand has now created a brand new colourway which is exceptionally similar to the iconic Silver Bullet despite a few subtle changes.

I’m sure you all know the colourway in question when someone mentions the “Silver Bullet”. Sleek, streamlined shades of silver and red that compliment each other perfectly. The colourway has now appeared on many silhouettes as well as the AM97, Air Max Plus, AM95, and even the Air Max Zero. What if someone swapped out the red for a different colour though? Well, now they have. Nike has swapped out the traditional red for a “racer blue”, and it looks amazing. We’ve got a first look right here.

The new colourway is officially titled “Pumice/Racer Blue”, and as previously mentioned is extremely similar to the Silver Bullet, with the red details simply being swapped out for blue. It looks effortlessly clean and the whole colourway seems to just flow. With regards to features, everything you’d expect from an Air Max 97 is present here, including that full-length air unit which we all know and love. Nike branding is featured throughout, with all Swoosh’s coming in racer blue.

If you’re as keen as we are on this classic sneaker with a twist, the good news is that the pair are already available from select Nike retailers. We’re unsure on quantities at the moment, but as far as we know these seem like a general release. Either way, a colourway as clean as this won’t hang around forever, so if you’re looking to grab a pair make your move sooner rather than later.