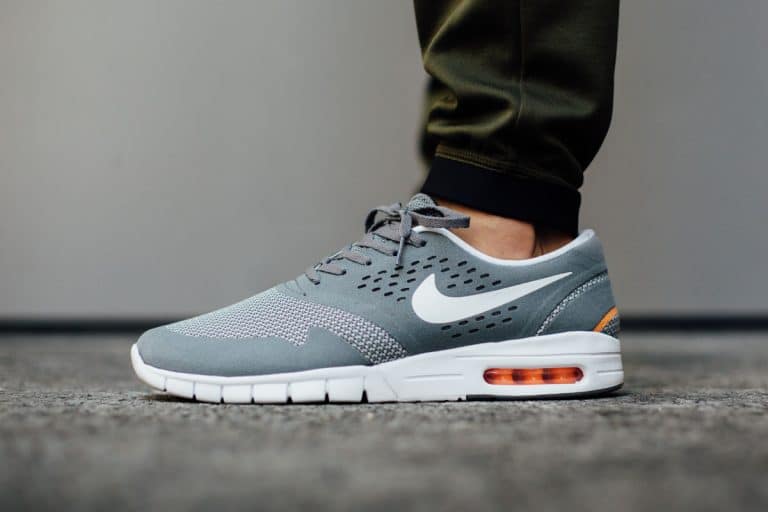 Talk to most people about their signature shoe and they’re boring. We know these because we’ve talked to a few athletes in our time and often, they don’t really care as long as it doesn’t impede on their game and would rather defer deeper talk to the designer. Even some of the most excellent people in sporting history like Charles Barkley have been pretty ambivalent about the nitty-gritty of the shoes in their feet. Eric Koston is different though — having talked to him before about the design process, he possesses a deep knowledge of what he needs and how a shoe is put together. Maybe in some parallel universe where H-Street never existed, or his gift was never noticed (we know that’s kind of improbable), he would have been killing it in the world of shoe design. It accounts for how hard his shoes have been — back when the K1 dropped in 1997 in the heyday of shoes being super, duper wide, he changed the game and the Lakers K3s were a few years ahead of their time. We’ve talked to a lot of folks who’ve partnered with Koston on shoes and they’ve all reported that he’s serious when it comes to his signature series.

Nike Skateboarding’s senior designer Shawn Carboy is one of our favourite creative minds (and the man behind some of Savier and Sole Technologies’ finest moments) when it comes to performance product, so the union of him and Koston was always going to match the lofty expectations of his first signature Nike shoe back when his signing was announced. The Zoom FP was a smart dry run for the low profile exercise in rugged less-ness that Koston needed. The Koston 1 with its drop in Lunarlon footbed and the minimal, low profile looks is one of our favourite skate shoes ever and it referenced Eric’s shoe-guy status. We know the notion of sneakerhead has been bastardised by cry babies, resellers and people that bicker on Instagram, but Koston is the real-deal — a Presto loving, Huarache appreciating, Free Run rocking kind of guy (watch his Berrics video showing his stash in the garage for proof of his shoe game) and it’s something that was subtly incorporated into his first real Nike shoe and the Air Max styling of the Koston Heritage.

The Koston 2 merges familiarity and some next-shit, with the stealth Lunarlon retained, but the concealed heel counter that’s inspired by Koston’s love of the Nike LunarGlide+ series and its ability to lock the foot in place is a new performance addition to maintain comfort and not fly off when you embrace the concrete. The sock-like one-piece fit, plain forefoot, lightweight feel, extra flex grooves with emphasis on the midfoot. If you were expecting something totally new that completely departs from the last model, then you’re out of luck, because the if-it-ain’t-broke law is in place and with it being Koston’s twentieth year as a pro, he knows what he needs by now and doesn’t have to engage in showboating for the sake of it. These are dropping in spots like Slam City on April 1st and there’s some excellent Quickstrikes on the horizon too.

Where to buy a pair of Nike Eric Koston 2